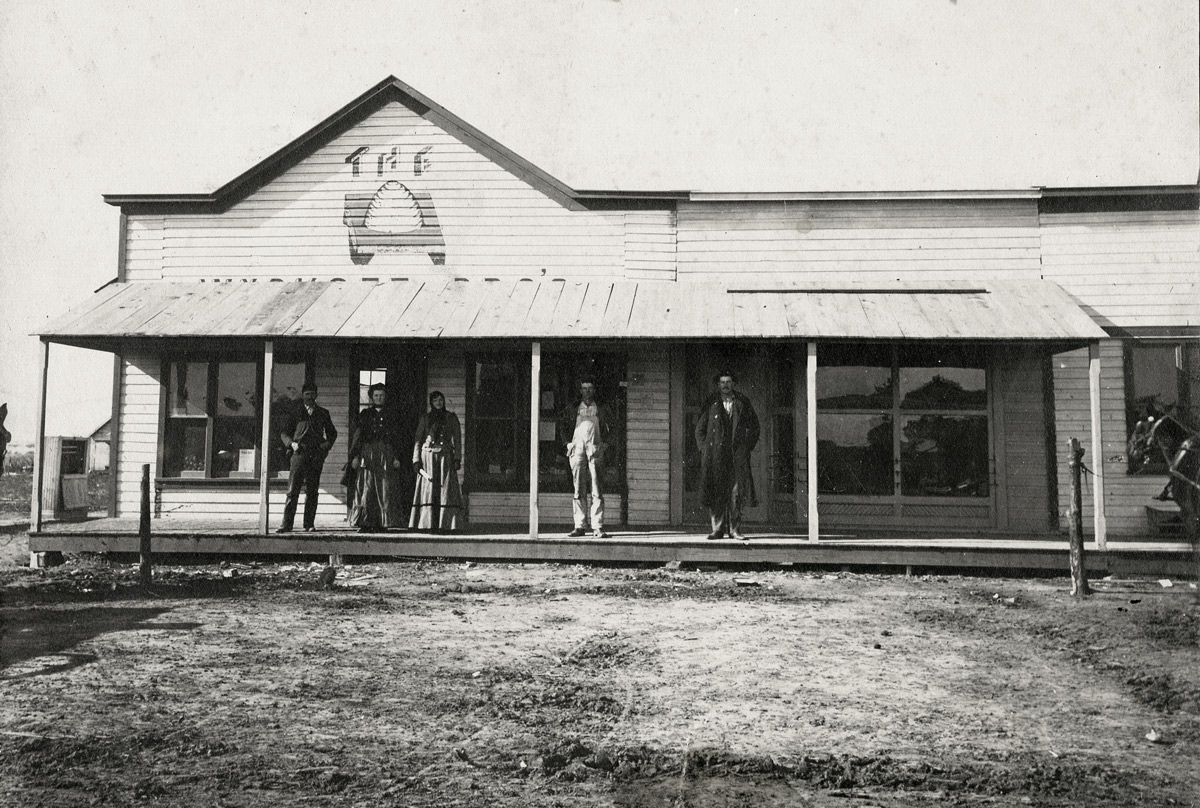 Located in Woodward County ten miles east of Woodward at the junction of U.S. Highway 412 and State Highway 50, the town of Mooreland resulted from the efforts of homesteaders after the 1893 Cherokee Outlet Opening. Mooreland lies in a valley about five miles north of the Canadian River. This area of shallow-water land lies at an altitude of approximately nineteen hundred feet.

The town was founded in 1901 by the Mooreland Town Company, formed by prosperous area residents J. H. Dail, F. J. Knittel, John J. Bouquot, John E. Moseley, and William M. Holmes. They and others realized the area's agricultural potential and the possibility of immense crop production. The Southern Kansas Railway (later the Atchison, Topeka and Santa Fe Railway) furnished an accessible shipping point for the region after the line was constructed in 1886–87. Land was purchased from the F. J. Knittel and W. F. Jones homesteads for the platting of the original townsite. Others helpful in Mooreland's development included John T. Davis, C. L. Lambert, J. C. Krouth, and John Arnold.

The town was first named Dail City, after J. H. Dail. Residents soon petitioned the federal government for a post office. The request was denied, because there was already a "Dail" in Oklahoma Territory. Residents then selected the name "Moorland," a designation derived from the nature of the site, which was a valley or moor. An error occurred when the "e" inadvertently crept into the name on the official plat and registration. In March 1902 the first Mooreland post office was established with F. M. Jones as first appointed postmaster.

Mooreland's economy has always depended on farming, primarily wheat and grain. Quickly becoming an agricultural service center, within a few years of its founding the community supported four stores, two liveries, three grain elevators, a feed mill, saloons, restaurants, hotels, and medical personnel. A minor oil boom occurred around the time of World War I. At its beginning Mooreland was smaller than Woodward, Curtis, and Quinlan. The latter two communities withered, but Mooreland and Woodward continued to grow during the twentieth century. Mooreland's population steadily increased, rising from 592 in 1920 to 811 in 1940 and 1,196 in 1970. The 2000 census recorded 1,226 persons.

In 2002 the community included a school system, six churches, the Mooreland Leader (published since 1903), an airport, farmers cooperative and elevators, and several dozen retail and service businesses necessary for a town's survival. Mooreland celebrated its centennial in 2001 with the publication of a history book. The census of 2010 counted 1,190 inhabitants.

The following (as per The Chicago Manual of Style, 17th edition) is the preferred citation for articles:
Tim Schnoebelen, “Mooreland,” The Encyclopedia of Oklahoma History and Culture, https://www.okhistory.org/publications/enc/entry.php?entry=MO016.

The Mooreland Leader, The Gateway to Oklahoma History