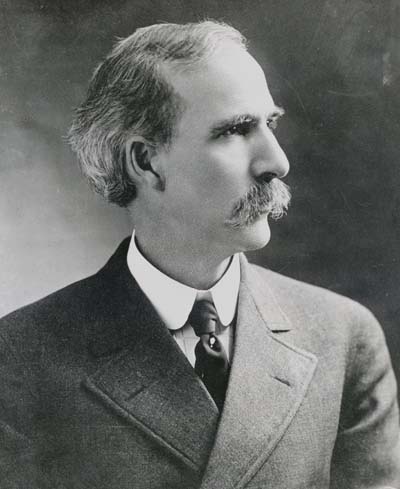 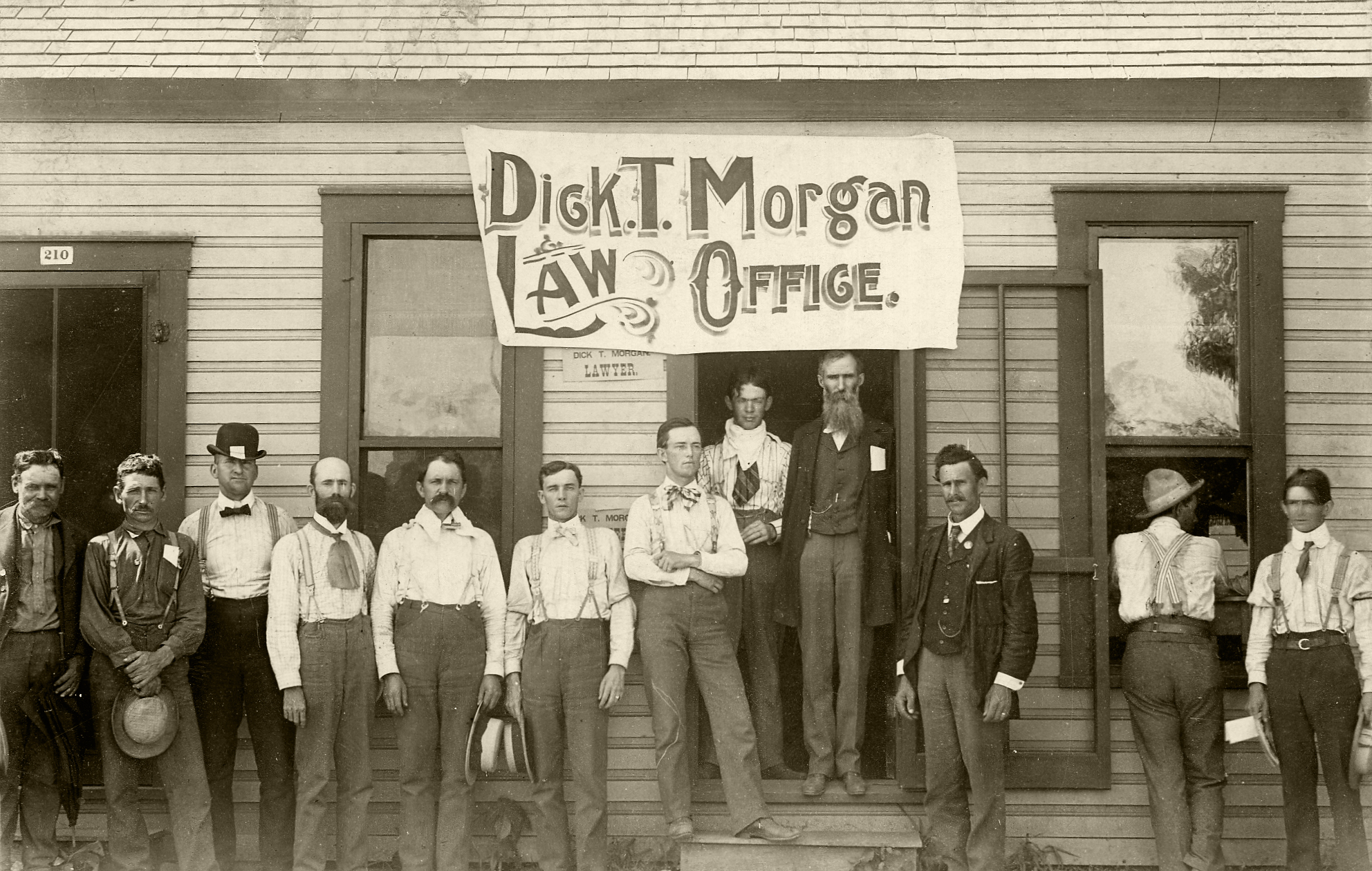 Known as "Dick T." or "Uncle Dick," U.S. Rep. Dick Thompson Morgan was born on December 6, 1853, at Prairie Creek, Vigo County, Indiana. His parents were Valentine and Frances Ann Thompson Morgan. Dick Morgan attended country schools before entering Prairie Creek High School, from which he graduated in 1872. In 1876 he received a bachelor's degree from Union Christian College at Merom, Indiana, and in 1878 a master's degree. He was also a professor of mathematics at the school. In 1880 he graduated from Central Law School of Indianapolis and was admitted to the bar. He served in the lower house of the Indiana state legislature in 1880–81. In 1878 he married Ora Heath, and in 1880 they had their only child, a son, Porter Heath Morgan.

He moved to Kansas in 1885 and from there to Guthrie, Oklahoma, in 1889. He relocated to Perry in 1893, El Reno in 1901, and Woodward in 1904. Pres. Theodore Roosevelt appointed him registrar of the U.S. Land Office at Woodward, where he served until May 1, 1908. Wherever Morgan lived, he actively participated in the Christian Church.

He published a number of titles, including Morgan's Digest of Oklahoma Statutes and Supreme Court Decisions (1897), Morgan's Manual of the United States Homestead, Township, and Mining Laws (1900), Morgan's School Land Manual (1901), and Land Credits: A Plea for the American Farmer (1915). While residing in El Reno, he was president and treasurer of the Western Investment Co., which published the periodical Oklahoma Real Estate Register.

In 1908 Morgan was elected as a Republican to Oklahoma's Second District seat in the U.S. House of Representatives, and he served from March 3, 1909, until his death on July 4, 1920. After redistricting in the 1910s, he represented the Eighth District. While in the House, the congressman served on the Claims, Railways and Canals, Expenditures in the Treasury Department, Public Lands, and Judiciary committees. At the time of his death he was the second-ranking Republican on the last committee. He developed a legislative interest in agricultural lands, and he sponsored the 1916 rural credits law that created the federal land bank system.

Morgan won all of his elections by small margins. In 1910 and again in 1912 opponents contested his victory, leading to investigations by the House Committee on Elections. At that time Oklahoma's "grandfather clause" denied many African Americans the right to vote. Democrats claimed that his totals contained hundreds of votes from ineligible blacks. In 1914 the elections committee exonerated the Republican.

On July 4, 1920, Dick T. Morgan died of pneumonia in Danville, Illinois, while en route from Washington, D.C., to Oklahoma. He was buried in Rose Hill Cemetery in Oklahoma City.

The following (as per The Chicago Manual of Style, 17th edition) is the preferred citation for articles:
Todd J. Kosmerick, “Morgan, Dick Thompson,” The Encyclopedia of Oklahoma History and Culture, https://www.okhistory.org/publications/enc/entry.php?entry=MO019.