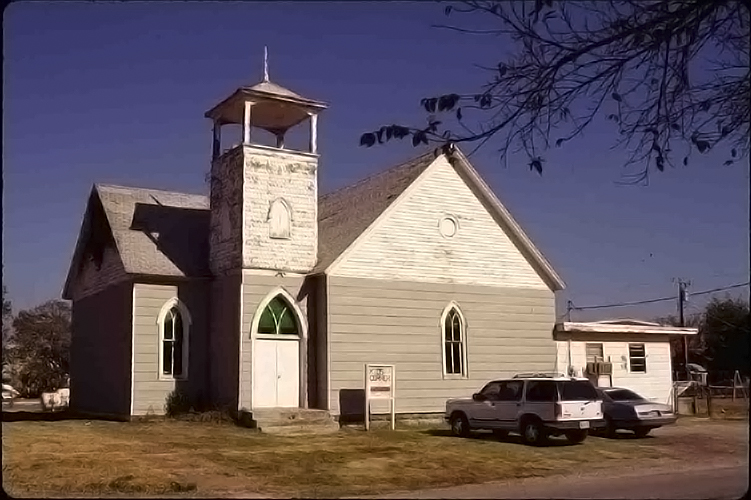 Lying in Noble County on U.S. Highway 64, sixteen miles due east of Perry, the county seat, and two miles west of U.S. 412/Cimarron Turnpike, Morrison is a small agricultural town. The community emerged in 1894 in the southeastern part of the county less than a mile south of Black Bear Creek, a tributary of the Cimarron River, in Autry Township. Earlier, the area had been the Osage tribe's hunting grounds. After 1835 the Cherokee Outlet, created for the Cherokee Nation, included this area. The Outlet was opened to non-Indian settlement by land run in September 1893.

Roselda Morrison, wife of James Morrison, owned the land upon which the town emerged. Nearby, a man named Autry (for whom the township was named) built a store, which received a postal designation as Autry in 1893. James Morrison had purchased the store, and the post office was redesignated Morrison in February 1894, with Edward L. Parris as postmaster. Morrison donated forty acres for a town, which was surveyed and platted in August 1894.

The town incorporated on August 13, 1894. Businesses that developed there moved slightly to the south when the Arkansas Valley and Western Railroad (after 1907 a part of the St. Louis and San Francisco, or Frisco, Railway system) surveyed its Tulsa-Pawnee-Perry-Enid line through Morrison in 1902. In that year its first addition was platted. In September 1903 the tracks were built through town. With Charles G. Jones as president, the Arkansas Valley Townsite Company was developing various towns along the railroad and owned numerous lots in the 1902 addition. It auctioned the lots in August 1904. By that time citizens supported three banks, three hotels, three lumberyards, two churches, a consolidated public school, and a grain elevator. Morrison became a prosperous agricultural trade center serving wheat farmers and ranchers. At 1907 statehood the population was 351.

Because it had rail and highway access, Morrison remained commercially viable through the middle of the twentieth century. Several newspapers published in the first two decades included the Sun, the New Era, the Progress, the Homecrofter, and the Democrat. The Morrison Transcript was printed from the 1910s through the 1950s.

Oil prospecting from 1915 through 1919 resulted in the opening of large natural gas fields east of Morrison in Pawnee County. At that time they were some of the largest fields in the Mid-Continent region. The gas supplied Oklahoma City via pipeline. In 1923 oil fields that opened north of Morrison, also in Pawnee County, continued to provide jobs and business opportunities. The petroleum industry and agriculture insured the town's future against the post–World War I agricultural depression. In 1920 the population was 353, but during the Great Depression it dropped to 284 in 1930. However, outlying farms still supported four cotton gins in 1930. The 1940 population stood at 333 and in 1950, at 297. A bank, the Farmers' Trading Association elevator and lumberyard, and eleven retail businesses continued to operate through the mid-1950s.

For the next thirty years the town remained stable, supporting grain and cotton services and a dozen retail businesses. The population rebounded to 421 by 1970, increased to 671 in 1980 with the revival of oil production, and dropped to 636 in 2000. It climbed to 733 in 2010. Highway access allows residents to commute to jobs in nearby cities. The Morrison Baptist Church (NR 84003357) and the Morrison Suspension Bridge (NR 80003277, no longer extant) have been listed in the National Register of Historic Places.

The following (as per The Chicago Manual of Style, 17th edition) is the preferred citation for articles:
Dianna Everett, “Morrison,” The Encyclopedia of Oklahoma History and Culture, https://www.okhistory.org/publications/enc/entry?entry=MO024.