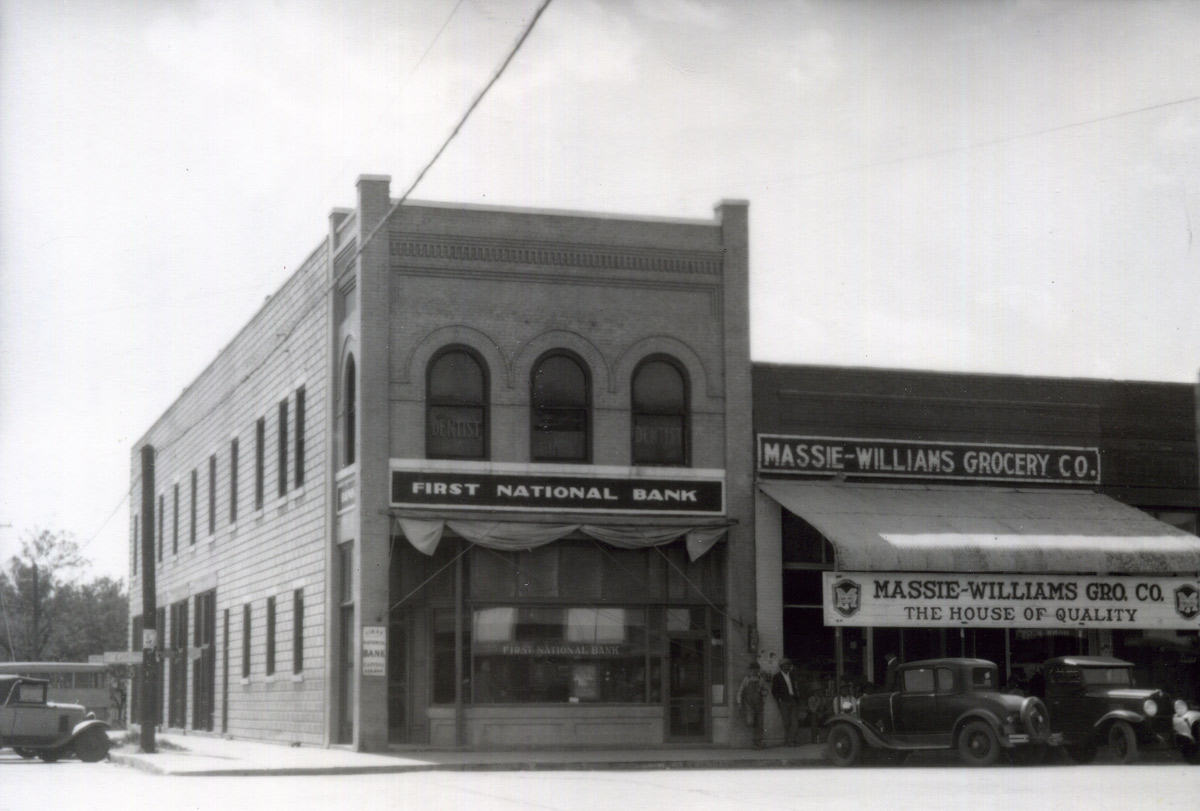 The Kiowa County community of Mountain Park is situated on U.S. Highway 183, three miles north of Snyder and twenty-seven miles south of Hobart. A short-line railroad, operated by the Grainbelt Corporation, runs through town in a north-south direction. The town's name honors the nearby Wichita Mountains.

Mountain Park, originally named Burford, was a trading post for cowboys and American Indians. A post office was established there following the opening of the Kiowa, Comanche, and Apache Reservation in August 1901. An estimated two thousand to three thousand people witnessed that event. The settlement began as a "tent city," as did all the towns in Kiowa County. The community's name was changed to Mountain Park in February 1902.

When it was learned that the Oklahoma City and Western Railroad would come through Mountain Park, resident Sol Bracken was offered six thousand dollars for 160 acres on which to build a depot. Bracken, however, decided that was not enough and raised the price. This irritated railroad officials, who decided to extend their track through Snyder instead, passing two miles south of Mountain Park. At the time of the dispute there were forty-eight businesses in town. All but seven moved to Snyder. A few years later a fire fanned by a south wind almost destroyed Mountain Park.

Mountain Park was named seat of Swanson County, Oklahoma, in August 1910. One year later the town's development was hurt by that county's disorganization. Early newspapers included the Mountain Park News, the Mountain Park Lance, and the Mountain Park Herald. Located in an agricultural region, Mountain Park farms grew cotton and wheat. Granite quarrying and cutting was another local industry. Construction and production jobs remained important to the community's economy. By 1907 statehood Mountain Park had 381 residents. By 1930 that number had increased to 459, and reached a high of 557 in 1980. The 2000 census showed a population of 390, and the 2010 census, 409.

The following (as per The Chicago Manual of Style, 17th edition) is the preferred citation for articles:
Ethel Crisp Taylor, “Mountain Park,” The Encyclopedia of Oklahoma History and Culture, https://www.okhistory.org/publications/enc/entry.php?entry=MO027.