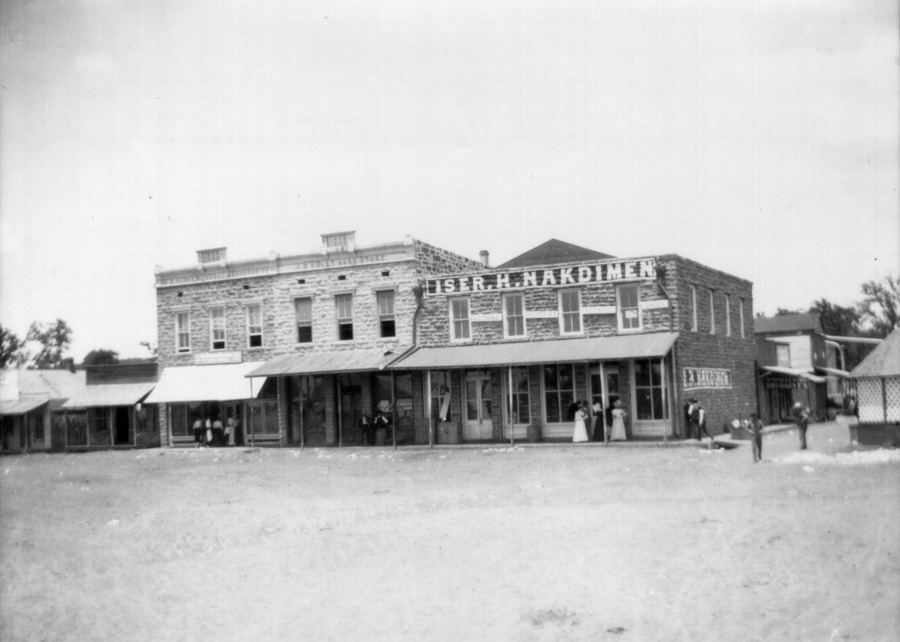 Located in Sequoyah County, Muldrow lies on State Highway 64B and adjacent to U.S. Highway 64, north of Interstate 40, approximately ten miles southeast of Sallisaw. The Western Cherokees, or "Old Settlers," began occupying the area in 1829 after they moved from Arkansas. After 1840 Muldrow existed in the Skin Bayou District (renamed the Sequoyah District in 1851) of the Cherokee Nation. The community coalesced prior to 1888 when the Kansas and Arkansas Valley Railway built its tracks through the region. In November 1887 the Post Office Department established a post office, named for Henry Muldrow, assistant secretary of the U.S. Department of the Interior. A. J. Jeremiah served as the first mayor, and many members of William J. Watts's family pioneered the town. Watts, known as "the King of the Intruders" remained in litigation with the Cherokee for more than twenty years. Although in 1895 fire destroyed most of the town's businesses, the 1900 population stood at 465.

In 1909 the St. Louis, Iron Mountain and Southern Railway acquired the local line, and in 1917 it became part of the Missouri Pacific system. By 1910 Muldrow's population had climbed to 671, and by 1911 the town supported two banks, a newspaper, telephone service, two cotton gins, several retail stores, a hotel, three doctors, and many other businesses. Newspaper titles that have reported to the residents include the County Seat Herald, the Big Basin Herald, the Muldrow Press, the Muldrow Sun, and the Muldrow Register. Cotton reigned as the early economic staple, but ranching also contributed. The population dipped to 557 in 1930 but rose to 638 in 1940.

During and after the Great Depression agriculture continued to dominate. In 1932 the town had two feed mills and a broom factory. The focus later shifted to truck farming, primarily corn, green beans, spinach, and other crops. In 1960 the population had expanded to 1,137. In 1965 the Muldrow City Lake's dam was constructed, providing a better water system. As the town began to attract businesses, the growth continued, and in 1990 there were 2,889 residents. In 1995 OK Industries opened a poultry-processing plant, which employed 185 in 2002. A large furniture store and a grocery store were the other largest, nongovernment employers. In 1995 Muldrow native Shawntel Smith was selected as Miss America. In 2000 the U.S. Census registered 3,104 inhabitants, and the public school system enrolled 1,600 students from prekindergarten through high school. The 2010 census found that the population had grown to 3,466.

The following (as per The Chicago Manual of Style, 17th edition) is the preferred citation for articles:
Larry O'Dell, “Muldrow,” The Encyclopedia of Oklahoma History and Culture, https://www.okhistory.org/publications/enc/entry.php?entry=MU004.