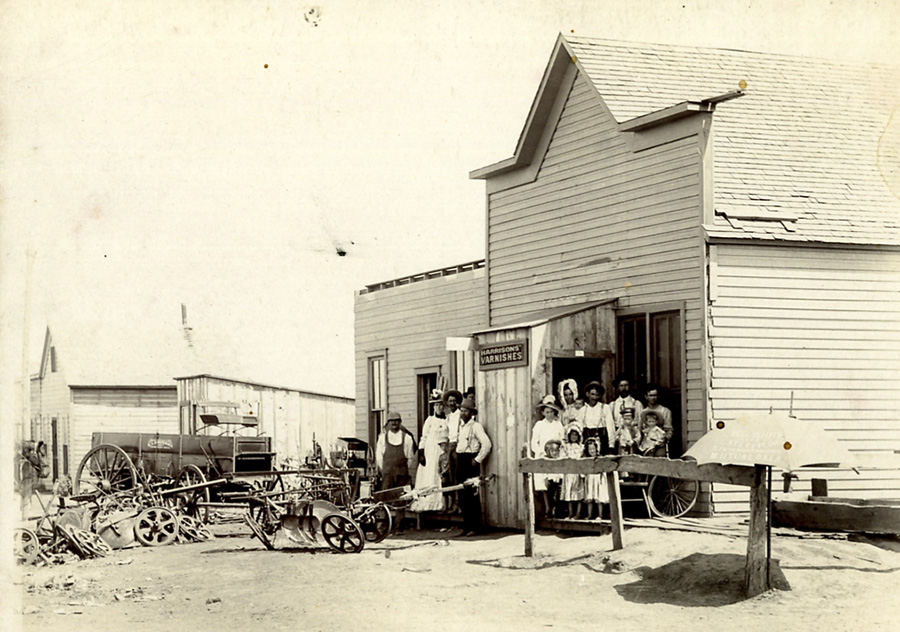 The Woodward County town of Mutual is located on County Road E0540, three miles west of its intersection with U.S. Highways 270/183 (which is also State Highway 3) and approximately nineteen miles southeast of Woodward, the county seat. The area was a part of the Cherokee Outlet, opened by land run in September 1893, at which time it became part of newly created County N, later named Woodward County. In the southeastern part of the county, along Persimmon Creek, several communities emerged after the land run. A post office called Mutual was designated on June 4, 1895, with Elias Heckart as postmaster. Webster Township, from which Mutual was incorporated in 1908, had a population of 1,711 at statehood in 1907. Mutual's original school was enlarged when others consolidated with it in 1909.

When the population peaked at 264 in 1910, Mutual residents could attend a Methodist or Christian church (congregations established circa 1898) and had access to the Farmers' Bank and later also to the First National Bank. A feed mill, a machine shop, and a dealer in poultry and dairy products served local farmers. For several decades the town supported a hotel and thirteen retail establishments. The Persimmon Valley Index and Oklahoma Enterprise newspapers were published in the early years.

Over the twentieth century the local economy has been based on livestock, grain, and oil and natural gas production. Although a line was planned through the area in 1910, Mutual remained without rail access. Farmers and townspeople used Mooreland, on the Atchison, Topeka and Santa Fe line, as their marketing and shipping point. Before World War I Mutual's population may have approached four hundred. However, the postwar agricultural depression negatively affected the economy. Worse, U.S. Highway 270 was constructed to bypass the town. Both banks failed, the First National merging with a bank in Woodward. The town shrank to 177 by 1930.

Mutual's size declined continuously in the first half of the century, dropping to 130 after World War II. However, activity in petroleum exploration and production in the 1970s and 1980s boosted the census count to 94 in 1970 and 135 in 1980. After that, the number slumped to 68 in 1990. Mutual ended the twentieth century with six businesses and 76 residents, some of whom commuted to jobs in Woodward or Seiling. The 2010 census recorded a population of 61.

The following (as per The Chicago Manual of Style, 17th edition) is the preferred citation for articles:
Dianna Everett, “Mutual,” The Encyclopedia of Oklahoma History and Culture, https://www.okhistory.org/publications/enc/entry.php?entry=MU025.