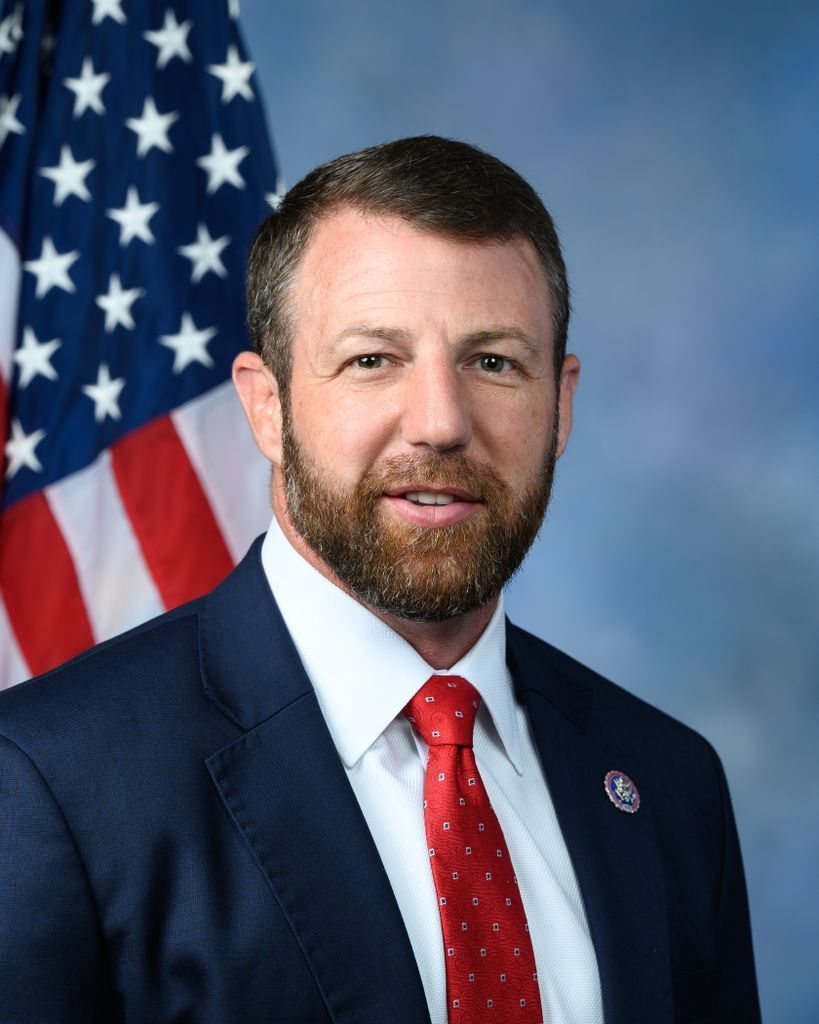 U.S. Rep. Markwayne Mullin was born in Tulsa, Oklahoma, on July 26, 1977. He is the youngest of seven children born to Jim Martin and Brenda Gayle Morris Mullin, of Westville, Oklahoma. A Republican elected in 2012, Markwayne Mullin represents Oklahoma's Second Congressional District, which covers most of the eastern portion of the state. Raised in the small Adair County town of Westville, he graduated from Stilwell High School. In 1996 Mullin attended Missouri Valley College in Marshall, Missouri. He later enrolled at Oklahoma State University Institute of Technology in Okmulgee, where he received an associate's degree in applied science in 2010. After his father became ill, twenty-year-old Mullin assumed the leadership of the family plumbing business and built it into a successful business venture. In addition to the plumbing business, he is a rancher. He married his high school sweetheart, Christie Renee Rowan. They have five children; two are twin girls adopted in August 2013.

In the 2012 primary election Mullin opposed George Faught, Dakota Wood, Dustin Rowe, Wayne Pettigrew, and Dwayne Thompson. Mullin and Faught faced each other in a primary runoff with Mullin gaining 57 percent of the votes. In the general election Mullin ran against Democrat Rob Wallace and Independent Michael Fulks. As a conservative Mullins' campaign platform was based on his opposition to the Patient Protection and Affordable Health Care Act, excess government spending, and unnecessary federal regulation. He received the support of Republican U.S. Sen. Tom Coburn. On November 6, 2012, Oklahomans elected Mullin to succeed four-term Democrat Dan Boren, who decided not to run for reelection.

The following (as per The Chicago Manual of Style, 17th edition) is the preferred citation for articles:
Linda D. Wilson, “Mullin, Markwayne,” The Encyclopedia of Oklahoma History and Culture, https://www.okhistory.org/publications/enc/entry.php?entry=MU026.