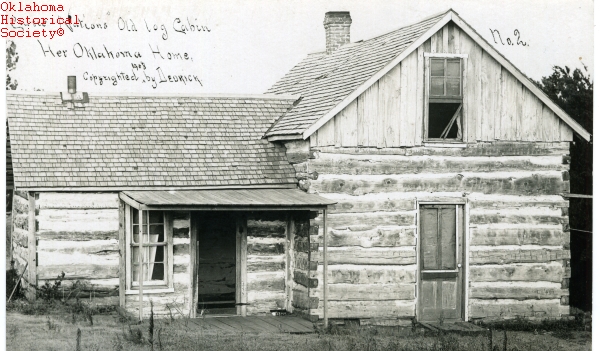 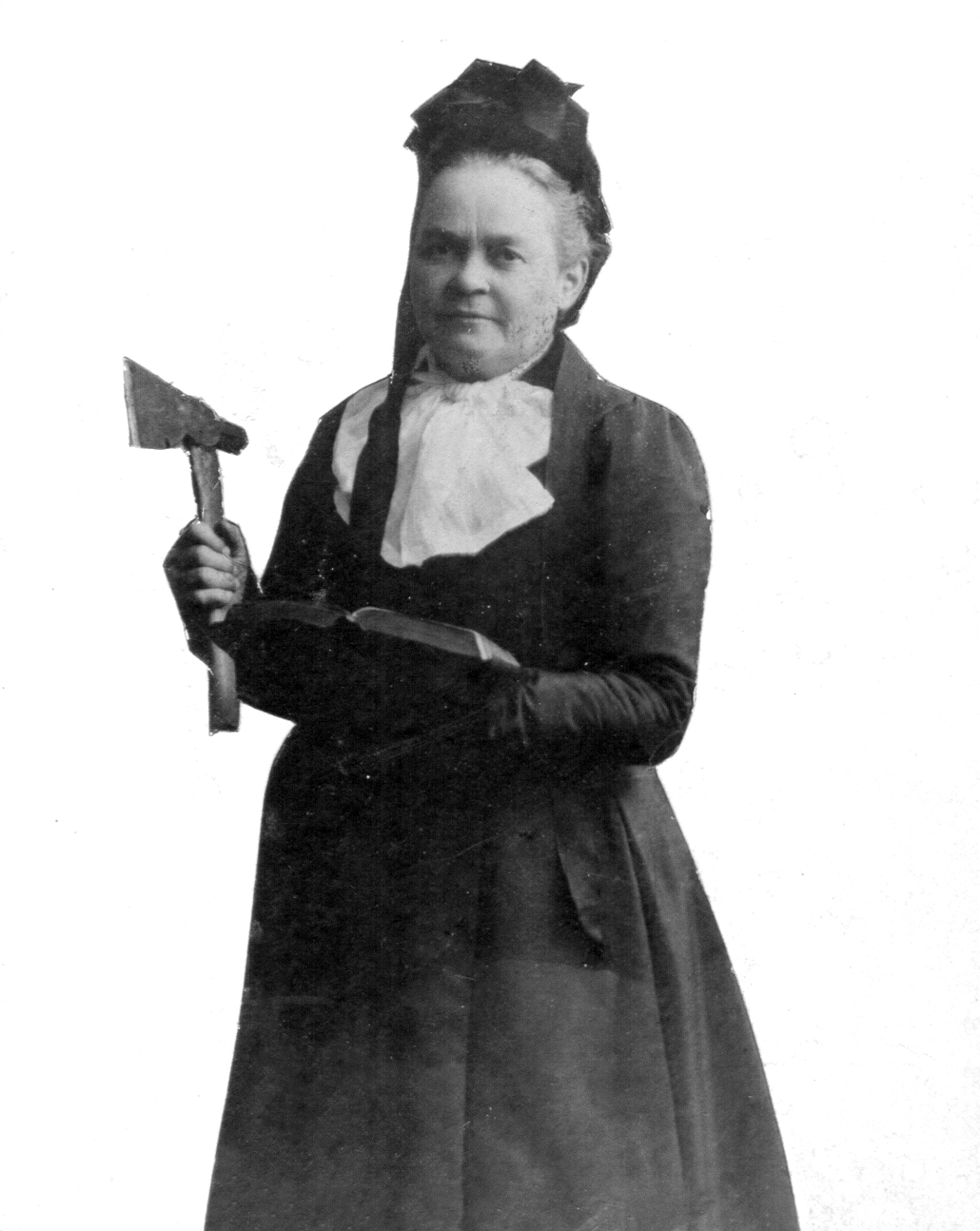 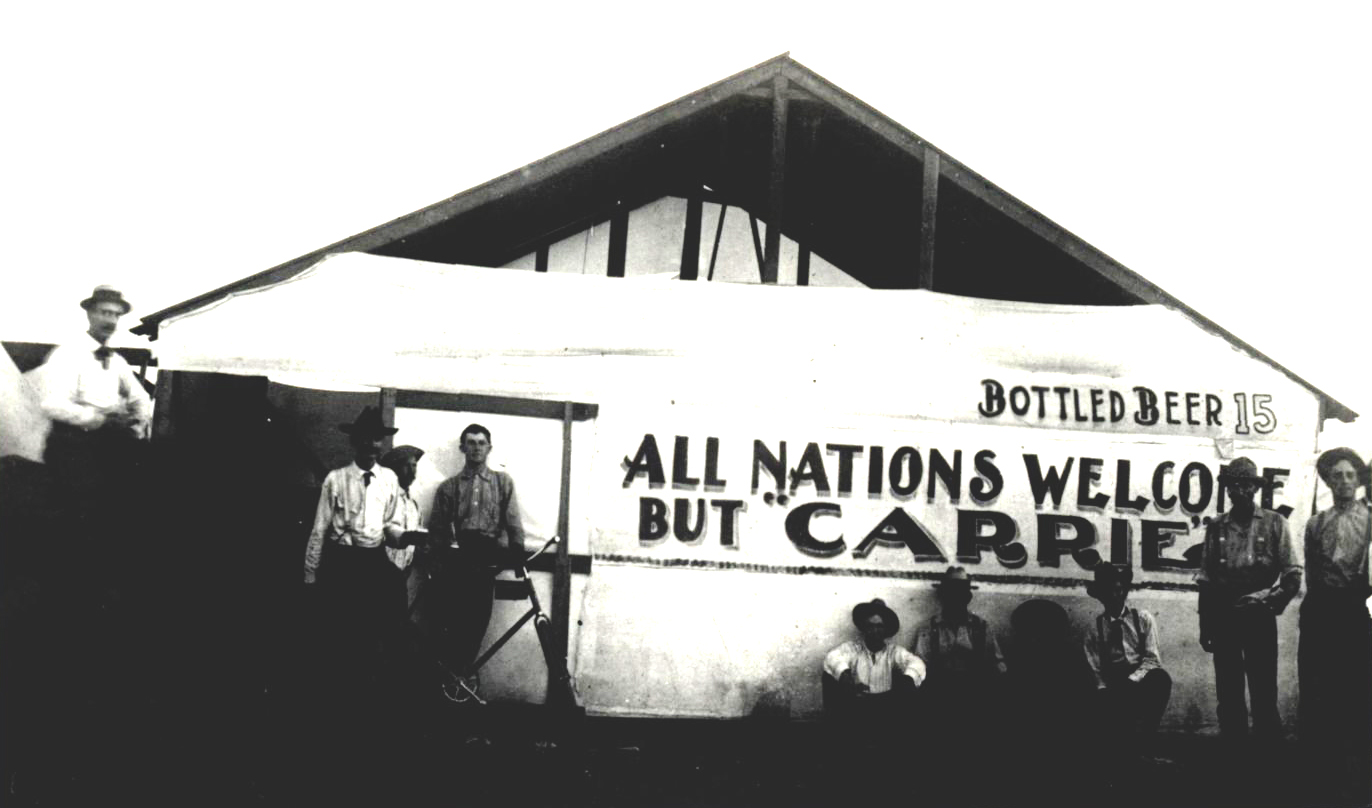 Born on November 25, 1846, in Garrard County, Kentucky, Carry Amelia Moore was the eldest of six children of George and Mary Campbell Moore. During her childhood Carry had a closer relationship with her father than her mother, who was mentally ill. Entrusted to the care of her father's slaves, she would have a deep respect and love for African Americans in her adult life.

In November 1867 Carry Moore married Charles Gloyd, a Civil War surgeon, who had boarded at the Moore home in Cass County, Missouri. Sixteen months later Gloyd died from alcoholism, leaving his wife with a young daughter. Their daughter, Charlien, suffered from several medical problems that Carry contended were inherited and attributed to the fact that Charles Gloyd was an alcoholic. From her unhappy first marriage she developed the consuming hatred of liquor as a destroyer of homes and family life.

On December 30, 1874, she married David Nation, a widower with five children, in Holden, Missouri. During their marriage they moved several times. After living in Texas and Kansas, the Nations settled near Seiling in Dewey County following the 1892 Cheyenne-Arapaho land opening. During this time Carry organized a local ladies' aid society, known as the Workers for Christ, and lectured on the vices of liquor and tobacco.

However, Carry Nation gained her national reputation after the Nations moved to Medicine Lodge, Kansas, in 1899. She organized a local chapter of the Woman's Christian Temperance Union, and over the next two years she used a hatchet to smash saloons throughout Kansas. Because her antisaloon crusade kept his wife away from home, David Nation filed for a divorce in 1901 on the grounds of desertion. Four years later Carry moved to Guthrie, the capital of Oklahoma Territory. She hoped to influence the debate on constitutional prohibition, as the territory prepared for statehood.

Although she was not welcomed by the local Woman's Christian Temperance Union in Guthrie, she forged ahead with lecture tours in Oklahoma Territory. During her stay in Guthrie she organized a Prohibition Federation, an organization that worked with local temperance groups. From July 1905 to November 1906 she published The Hatchet as the federation's official organ. On November 16, 1907, Oklahoma entered the Union as a dry state. The impact that Nation made on Oklahoma's early prohibition legislation can only be surmised. She died four years later in Leavenworth, Kansas, on June 9, 1911.

The following (as per The Chicago Manual of Style, 17th edition) is the preferred citation for articles:
Linda D. Wilson, “Nation, Carry Moore,” The Encyclopedia of Oklahoma History and Culture, https://www.okhistory.org/publications/enc/entry.php?entry=NA006.