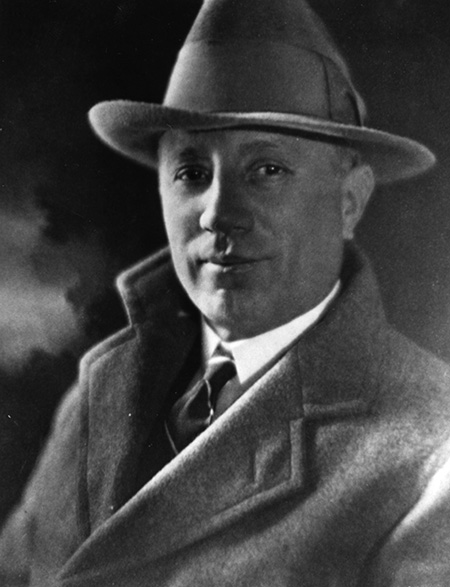 Oklahoma City home builder and residential developer Gilbert Apple Nichols was born on September 24, 1876, in Owensville, Ohio. He and his family moved to Wichita, Kansas, in 1887, and to Guthrie, Oklahoma Territory, in 1890. After graduating from Guthrie High School, he attended the Louisville (Kentucky) Medical College and the Western Dental College in Kansas City, Missouri. In 1898 he married Alma M. Johnson in Guthrie. They had three daughters, Vivian, Elizabeth, and Lucile. Before establishing a dentistry practice in Oklahoma City with Charles D. Coil as his partner, Nichols practiced in Cashion between 1902 and 1904. Soon after 1907 statehood he became interested in home building and in the development of Oklahoma City.

Nichols started out modestly by building one bungalow, and its quality earned him a reputation as a good home builder. His endeavors soon expanded from building single homes to the development of residential areas. By 1914 Nichols and Horace D. Chandler had formed a partnership. They bought a substantial part of the Winans Addition, bounded by Northwest Eighteenth and Twentieth streets and Robinson and Walker on the east and west. To stimulate the sale of the lots Nichols and Chandler built several homes on each block. Nichols continued his building efforts in the Harndale Addition and Heritage Hills. By 1920 he had incorporated his business and had Lemuel I. Baker as his partner. In 1928 Nichols built the first commercial district north of downtown Oklahoma City. Known as Spanish Village shopping center for its Spanish-style architecture (listed in the National Register of Historic Places, NR 83002108), it is in the Paseo District.

In that same year Nichols opened Nicoma Park, nine miles east of the state capital, as a colony for chicken farmers. Plans involved the construction of homes, a fifteen-thousand-dollar hatchery, and a forty-five-hundred-dollar brooder house. Apparently, the Nicoma Park venture began to fail in 1931 when a lawsuit was brought against him for not providing promised improvements.

During his career Nichols orchestrated the construction of homes in many of Oklahoma City's present historic districts such as Mesta Park, Gatewood, Capitol-Lincoln Terrace, and Crown Heights. However, the development of the exclusive residential area known as Nichols Hills, incorporated as a municipality in September 1929, was his crowning achievement. The 2,780-acre addition, developed in 1929 and early 1930s, had wide, curving avenues, two golf courses, bridle paths, a polo field, a clubhouse, tennis courts, and parks. The Nichols family built their home on a seventeen-acre estate at 7006 Nichols Road in Nichols Hills, where they had a stable for their show horses.

In 1929 Gilbert A. Nichols was honored as Oklahoma City's most useful citizen. His many business interests included managing a bus company, a lumber company, and several downtown Oklahoma City office buildings. Failing health caused him to enter a sanatarium in Battle Creek, Michigan, where he died of heart failure on July 1, 1950. He was buried in Rose Hill Abbey Mausoleum in Oklahoma City, Oklahoma.

Lyle H. Boren and Dale Boren, Who is Who in Oklahoma (Guthrie, Okla.: Cooperative Publishing Co., 1935).

The following (as per The Chicago Manual of Style, 17th edition) is the preferred citation for articles:
Linda D. Wilson, “Nichols, Gilbert Apple,” The Encyclopedia of Oklahoma History and Culture, https://www.okhistory.org/publications/enc/entry.php?entry=NI003.