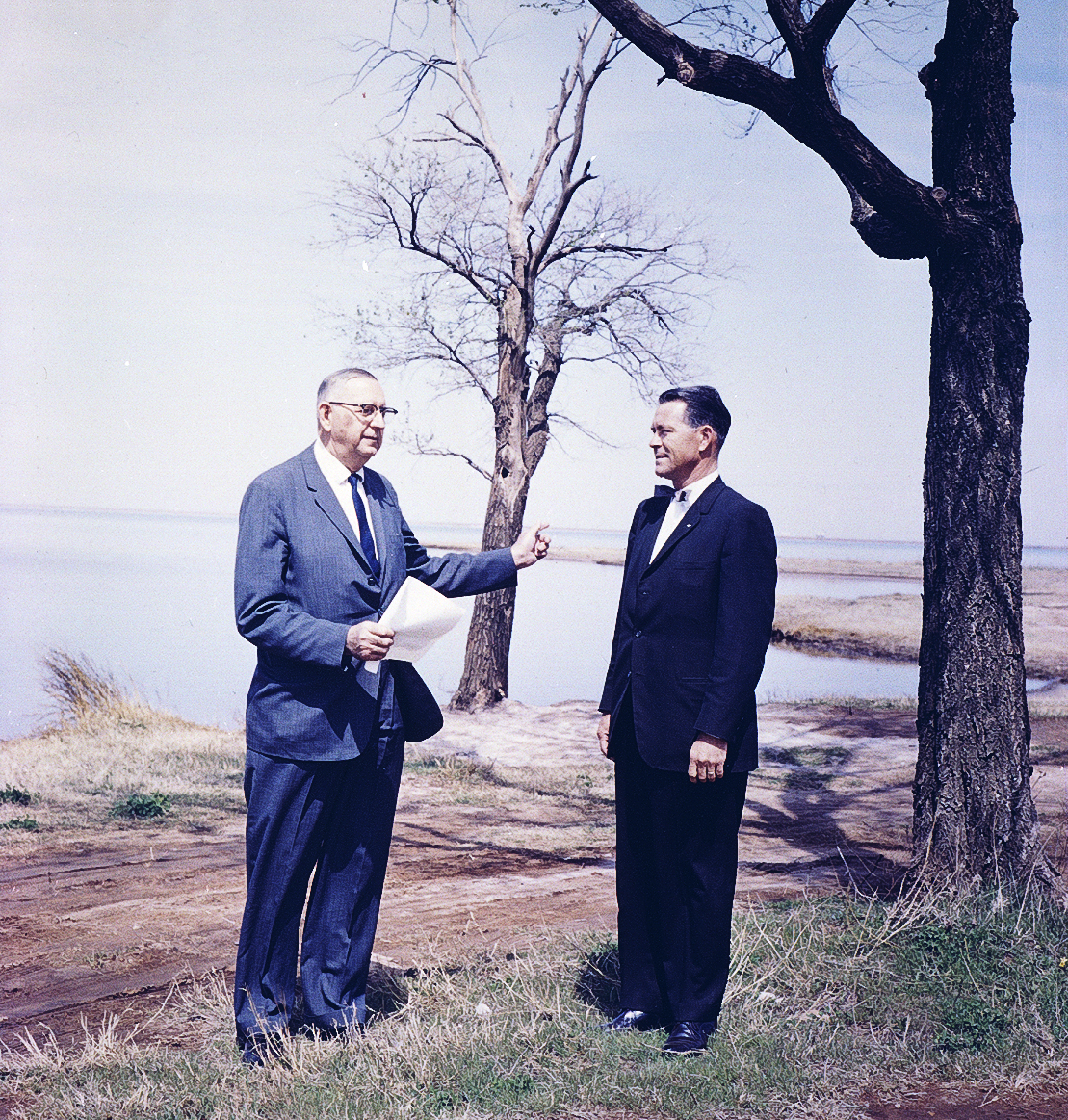 Oklahoma City businessman and mayor James Henry "Jim" Norick was born on January 23, 1920, in Oklahoma City, the son of Oklahoma natives Henry Calvin and Ruth. In 1910 Norick's father, along with his brother, Lon, established Norick Brothers, Inc., a printing business. The younger Norick grew up learning the business and later took control after his father's death. In 1982 family donations, most notably by Norick's mother, contributed to the building of the Norick Art Center on Oklahoma City University's campus.

Norick's leadership abilities developed throughout his education and his military service. He attended classes at Putnam Heights Elementary and Harding Junior High and graduated from Classen High School in 1938. From high school, he went to Claremore's Oklahoma Military Academy on a music scholarship and later was inducted as the first member of its Hall of Fame. He served in the U.S. Navy from 1942 to 1945, and his ships' crew received a Presidential Unit Citation.

In addition to his business career, Norick served as Oklahoma City councilman for Ward One from 1951 to 1955. In 1959 he decided to run for mayor as a Democrat. During his time as councilman, he supported the efforts to build Lake Atoka (completed in 1959), which supplies water to Lake Draper in Oklahoma City. Norick correctly surmised that the water supply improvements into Oklahoma City would add industry and payroll. Norick served as mayor from 1959 to 1963 and 1967 to 1971. During his time in public office he aided in the Oklahoma City annexation program, in which the metropolis grew from approximately ninety to six hundred square miles, making it the world's largest land-area city for many years. During his second term, with the Mayor's Committee for City Beautification, Norick and the chamber of commerce cleaned up and beautified Oklahoma City with projects that included improving Classen Boulevard. In 1969, while mayor, he served as the potentate of the India Temple Shrine. In 1971 he decided to step down from public office to manage his business affairs.

Norick married Madalynne King in 1940, and they raised two children, Ronald James and Vickie Lynne. His son, Ronald Norick, served as Oklahoma City mayor from 1987 to 1998. At the end of the twentieth century James Norick still resided in the city that he helped develop and beautify. In 1971, when he had completed his second term as mayor, the city rechristened the fairgrounds arena Jim Norick State Fairgrounds Arena. Norick died on March 4, 2015, at the age of ninety-five.

The following (as per The Chicago Manual of Style, 17th edition) is the preferred citation for articles:
Erica R. Johnson, “Norick, James Henry,” The Encyclopedia of Oklahoma History and Culture, https://www.okhistory.org/publications/enc/entry.php?entry=NO008.