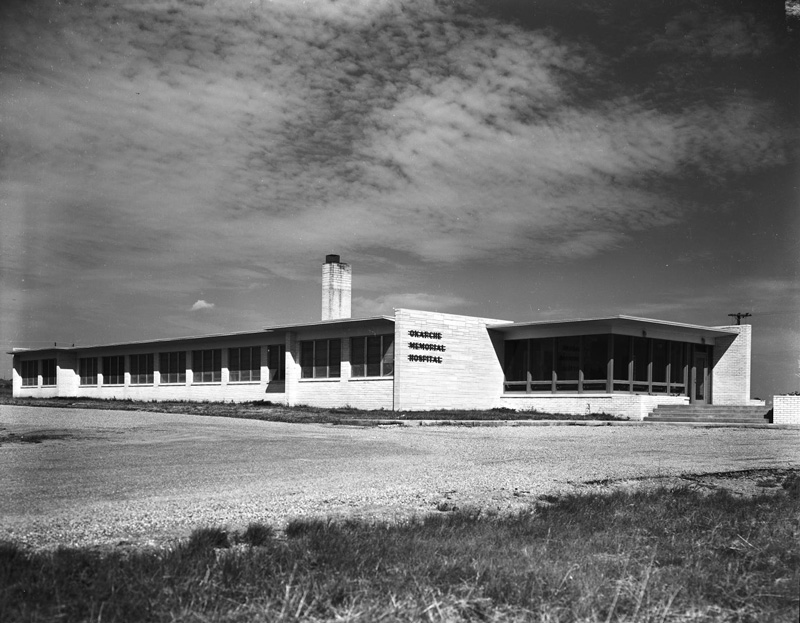 Located in Canadian and Kingfisher counties on U.S. Highway 81, Okarche is sixteen miles north of Interstate 40 and approximately fourteen miles north of El Reno. Originally within the Cheyenne-Arapaho Reservation, the town originated with the construction of a depot by the Chicago, Kansas and Nebraska Railway, which built its Kansas-Texas line through the area in 1890 (after 1891 owned by the Chicago, Rock Island and Pacific system). The name of the community was derived by using the first letters of Oklahoma, Arapaho, and Cheyenne. Laura M. Speer established the Okarche post office in 1890 between the main and branch line tracks. With the 1892 opening of the Cheyenne-Arapaho lands to non-Indian settlement, the townsite was swamped with eager settlers. At the same time, the boundary between Canadian and Kingfisher counties was moved six miles south, with the result that the town straddled the county lines.

The surrounding farming community has provided Okarche's economic mainstay throughout its history. By 1899 four elevators, a flour mill, a creamery, and a cotton gin operated there. In the 1920s the town boasted the largest local organization of the Oklahoma Wheat Growers in the state. Poultry farming was also a sizeable industry in the area for many years. Around 1900 a large German-speaking population moved into the town. They became dominant, so that by 1902 German was the official language in four local churches and a mutual insurance society.

In about 1927 U.S. Highway 81 was realigned to extend directly through the town. Twenty years later the twenty-six-mile Northwest Highway from U.S. 81 to Oklahoma City opened two miles south of Okarche. Developments in the North Okarche Field in the 1960s resulted in the construction of a Pan American gas plant three and one-half miles north of Okarche in 1962, further diversifying the local economy.

Only two newspapers have served the town over the years. The Okarche Times began publication in 1893 and ceased in 1942. The Okarche Chieftain, a continuation of the Calumet Chieftain, started operations in Okarche in 1943 and continued to publish in 2005. The town utilizes a commission form of government.

The following (as per The Chicago Manual of Style, 17th edition) is the preferred citation for articles:
Cynthia Savage, “Okarche,” The Encyclopedia of Oklahoma History and Culture, https://www.okhistory.org/publications/enc/entry.php?entry=OK001.