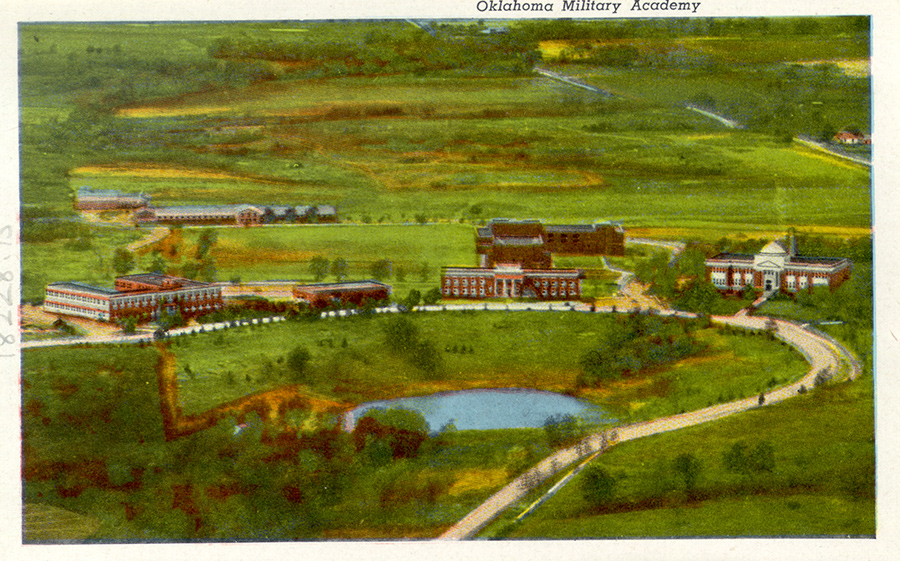 The Oklahoma Military Academy (OMA) supplanted the former Eastern University Preparatory School (EUPS) at Claremore, which had closed in 1917 with Gov. Robert L. Williams's veto of the institution's necessary appropriations. In January 1919 Oklahoma State Rep. H. Tom Kight of Claremore introduced legislation calling for the establishment of a state-sponsored military school in order that the United States would never find itself ill prepared for war as it had been in 1917. Kight's bill could not have come at a more appropriate time. The nation's success in World War I had spurred nationalistic fervor, and traditional American wariness regarding the military gave way to the general belief that military training would help young men become better citizens within a democratic society. The mood of the country, coupled with the lack of schools in northeastern Oklahoma, convinced legislators to pass Kight's bill in March 1919.

The legislature created OMA as a secondary school, directing that the curriculum include mandatory vocational and military training for all cadets. Youths had to be at least fourteen to qualify for admission. OMA's first president, Col. Stephen M. Barrett, who had been the final president of EUPS, chose not to model the school after other military programs such as those at the Agricultural and Mechanical College of Texas or West Point, but upon his own vision. This does not mean, however, that Barrett determined all policies on his own. In February 1920 former Pres. William Howard Taft spoke at OMA and helped Barrett draft rules and regulations.

OMA opened in fall 1919 with a corps of forty cadets. The institution grew steadily, becoming a six-year institution in 1923 and offering cadets four years of high school and two years of junior college. From its inception the academy never enjoyed a secure future. Frequent and petty political battles among governors, legislators, and their respective allies compelled Barrett to seek ways to justify the institution's existence. Sacrificing excellence in academics, an emphasis upon achievements in highly visible endeavors, including athletics, band, and the military department, brought the school state, regional, and national recognition, including the U.S. War Department's prestigious Army ROTC (Reserve Officers' Training Corps) Honor School rating in 1932. These successes persuaded Oklahoma legislators to continue the school's funding.

The six subsequent presidents of "the West Point of the Southwest" maintained the school's high visibility but worked also to perpetuate high academic standards. The high school program received full accreditation in 1925, and in 1950 the junior college division became fully accredited. Instilled with ideals of "Courage, Loyalty, and Honor," more than twenty-five hundred graduates served their country honorably as officers and noncommissioned officers in World War II, Korea, and Vietnam. Six became general-grade officers. More than one hundred OMA men gave their lives.

Despite OMA's successes, enrollments declined in the late 1960s as anti–Vietnam War sentiment increasingly influenced public opinion. The institution's image problems and growing financial indebtedness prompted state legislators to close OMA on July 1, 1971. Regardless, OMA's fifty-two-year history is one of which its graduates and Oklahomans can admire. Rogers State College (now University) occupied the OMA campus from 1971.

Homer Millard Ledbetter, "A Study of the Oklahoma Military Academy of 1948–50: Its Past and Present Functions" (Ed.D. diss., Oklahoma Agricultural and Mechanical College, 1950).

The following (as per The Chicago Manual of Style, 17th edition) is the preferred citation for articles:
Paul B. Hatley, “Oklahoma Military Academy,” The Encyclopedia of Oklahoma History and Culture, https://www.okhistory.org/publications/enc/entry?entry=OK064.