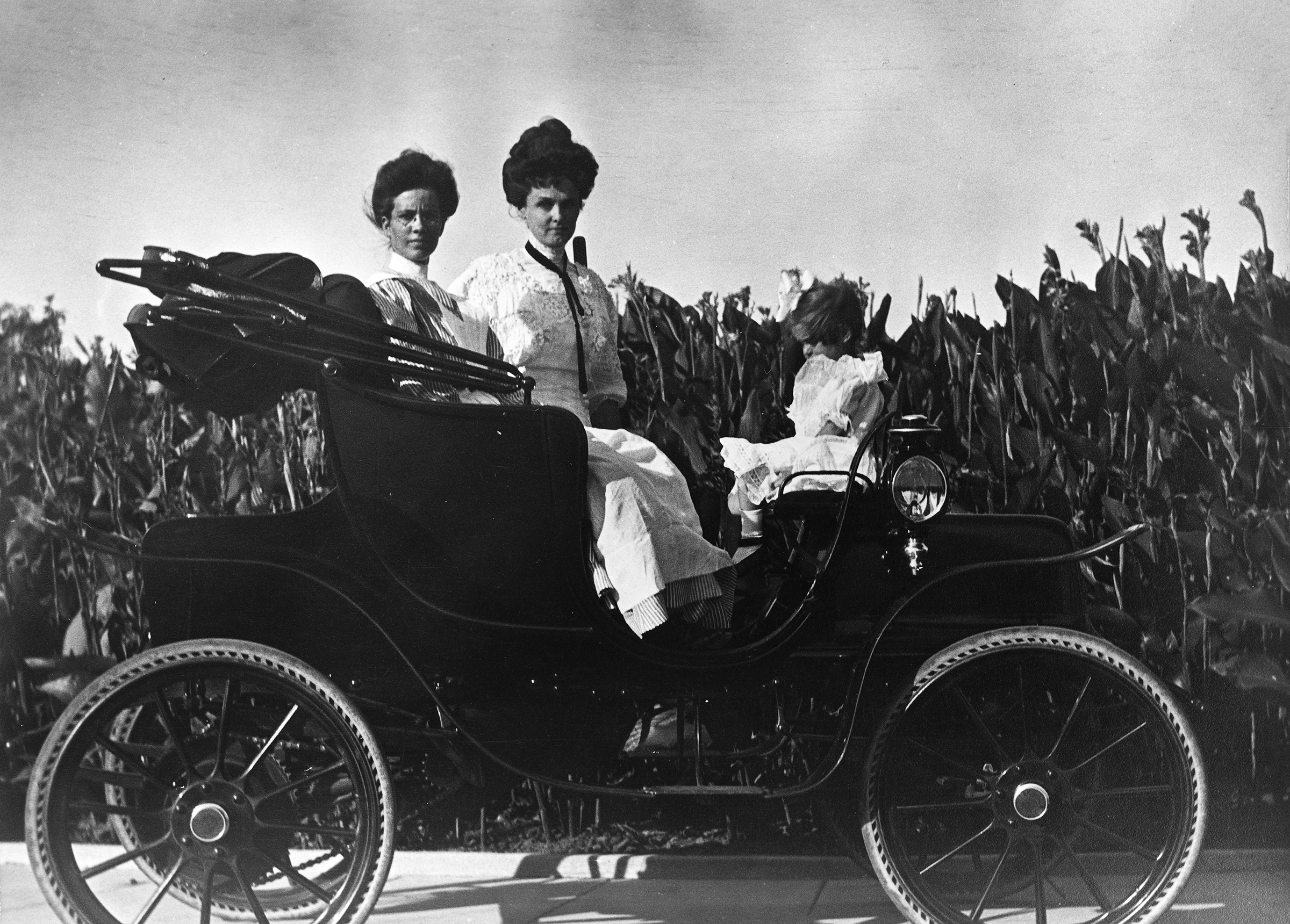 Oklahoma City socialite Anna Ione Murphy was born on October 12, 1870, in Holden, Missouri. After the death of her mother, Delilah Floyd, Anna's father, Samuel Murphy, married Louise Berry. Their union gave Anna four siblings. Murphy, a lawyer and the first Oklahoma territorial treasurer, arrived in Oklahoma City on April 22, 1889, and briefly found housing in apartments owned by Henry Overholser. After completing high school in Arkansas, Anna arrived at Oklahoma City on June 3, 1889, and married Overholser on October 23. On January 24, Anna gave birth to a son, Henry Samuel, who died that August. A daughter, Henry Ione, was born in March 1905.

At the reception for the opening of the Overholser's mansion held in April 1904, Anna Overholser introduced guests to the first local serving of Saratoga chips (potato chips). The event became the highlight of the social season and solidified her as the city's foremost socialite. She hosted balls, concerts, charity bazaars, political meetings, luncheons, and dinners. Newspaper accounts described her Paris gowns, lavish home furnishings, and innovative recipes and listed the "who's who" of Oklahoma City society.

In those days, urban ladies indulged in women's clubs for education, entertainment, and community service. Anna Overholser was a prominent member in the Philomathea, Modern Classics, Ladies' Chautauqua Circle, Ladies' Music and Art League, Duplicate Whist Club, Republican Women's Club, and Five O'Clock Tea Club. Organized in 1906, the Five O'Clock Club opened the first nursery for the children of Oklahoma City's working women. She helped organize the Chafing Dish Club in 1899 and served as its president. Members met weekly for lunch and cards. In 1908 she and others founded the charity organization, First Families of Oklahoma. As president she helped raise funds for the purchase of a home for needy elderly women. After serving her community for thirty-five years, Anna Overholser died on April 29, 1940, and was buried in Fairlawn Cemetery, Oklahoma City. The Overholser Mansion is a property of the Oklahoma Historical Society and is open to the public.

The following (as per The Chicago Manual of Style, 17th edition) is the preferred citation for articles:
Tally D. Fugate, “Overholser, Anna Ione Murphy,” The Encyclopedia of Oklahoma History and Culture, https://www.okhistory.org/publications/enc/entry.php?entry=OV001.