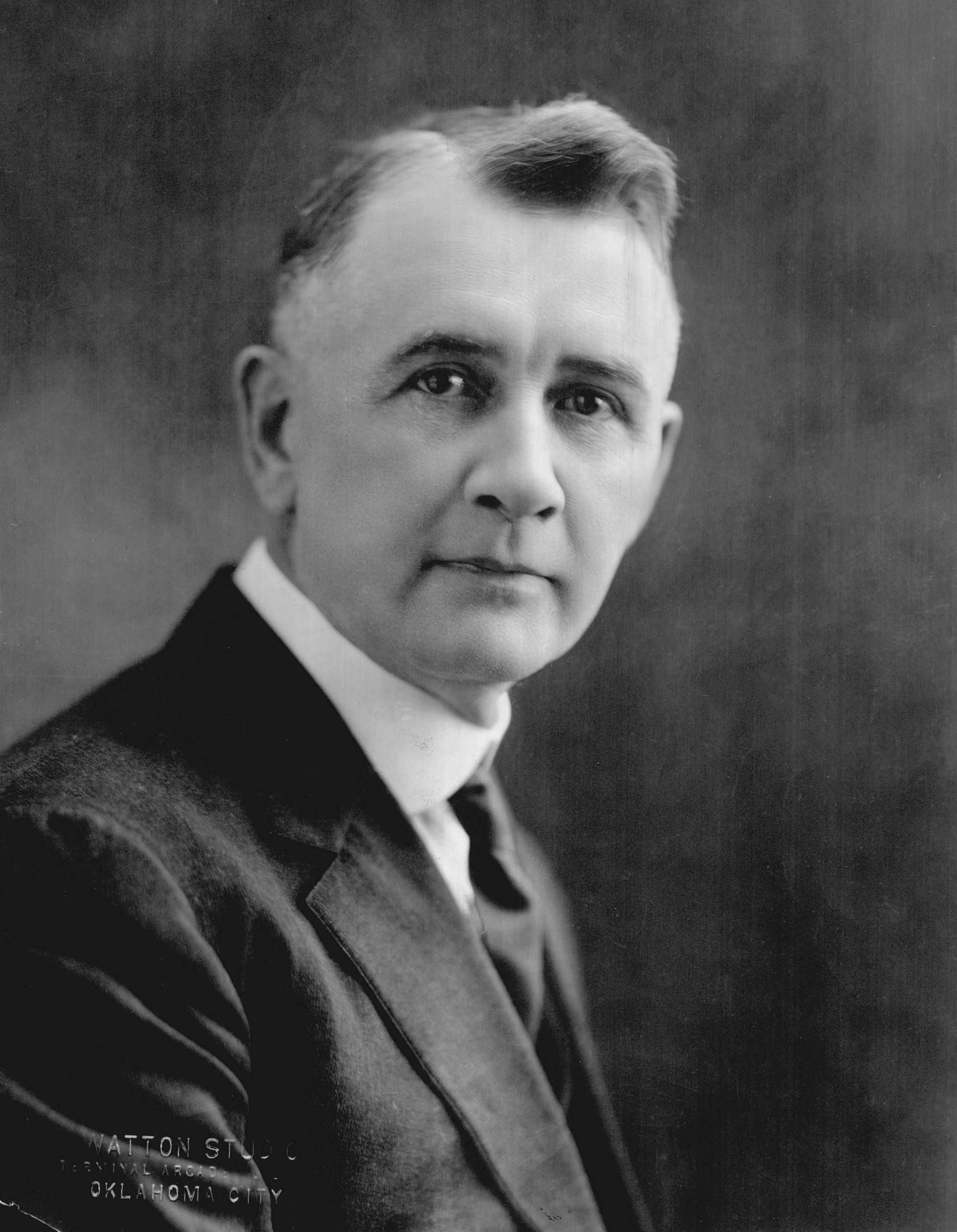 Mayor and chamber of commerce president Edward "Ed" Overholser contributed to the building and expansion of Oklahoma City. Born in Sullivan, Indiana, on June 20, 1869, he was the son of Henry and Emma Hanna Overholser. Educated in public schools, young Overholser attended preparatory school at St. Francis Institution for Boys, a Catholic mission school at Osage, Kansas. He completed four years at Lawrence College in Appleton, Wisconsin, but did not graduate. On April 2, 1890, Overholser arrived in Oklahoma City. He managed the Overholser Opera House and joined his father in a public service career.

An optimist and a booster, Edward Overholser knew how to attract and mold the public mind. Knowing that his father expected him to be productive and successful, he filled all offices once held by his father. When the St. Louis and Oklahoma City Railroad (later the St. Louis and San Francisco Railway) was built from Sapulpa to Oklahoma City in 1897–98, Edward Overholser established town sites at Stroud, Wellston, Luther, and Jones. He had a long-distance telephone line constructed from Oklahoma City to Stroud and Shawnee. These lines were sold to the Pioneer Telephone Company (later Southwestern Bell Telephone). In Oklahoma City he and his father erected twenty-three business buildings, including restaurants and hotels. Ed Overholser served as vice president of the Prudential Fire Insurance Company, manager of the city waterworks, first secretary of the State Fair Association, and member of the Oklahoma City board of education. From January 6, 1903 to January 3, 1905, he served as chair of the board of county commissioners, and during his tenure the Oklahoma County courthouse and jail were erected. On May 26, 1903, he married Allie Garrison of Oklahoma City. They had two children: one died in infancy, and Edward Herbert was born May 4, 1908.

Although a Republican, Overholser won the race for mayor when Oklahoma City was strongly Democratic. From April 13, 1915, to December 24, 1918, he served as the sixteenth mayor until he retired due to ill health. He completed the city's waterworks system and enabled the purchase of a site for the state fair. In 1918 Lake Overholser in Oklahoma City was named in his honor. Overholser's success as mayor and his general popularity led friends and newspapers to frequently mention him as a candidate for governor or Congress. However, Overholser did not encourage his candidacy.

Overholser returned to public service in 1922 as president and general manager of the Oklahoma City Chamber of Commerce, a position he held for five terms. He led plans for city improvement projects, erased the chamber's indebtedness, and increased membership beyond five thousand. Only five cities in the nation at that time claimed larger memberships. After he resigned in October 1927, he remained active as a public speaker and was a member of a Masonic lodge, the Lutheran Church, and numerous clubs. He died on April 21, 1931, in Oklahoma City after a long illness.

The following (as per The Chicago Manual of Style, 17th edition) is the preferred citation for articles:
Tally D. Fugate, “Overholser, Edward Graham McLain,” The Encyclopedia of Oklahoma History and Culture, https://www.okhistory.org/publications/enc/entry.php?entry=OV002.