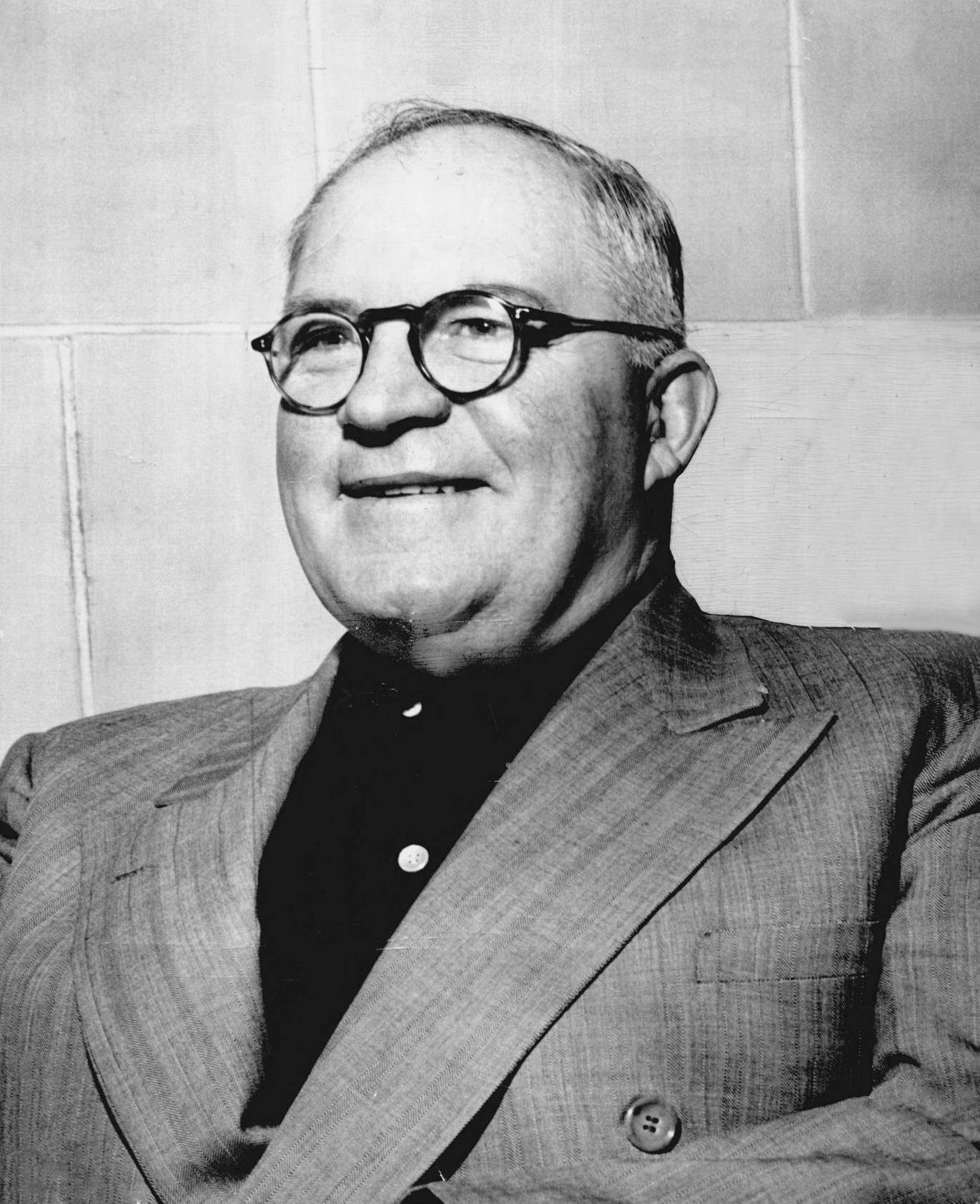 Starting out as a strapping young tackle at Phillips University in Enid, Steve Owen embodied one of the most unusual, if not the most unlikely, stories in the history of professional football. He went to New York for one game in 1926 and wound up staying twenty-eight years. He coached the New York Giants for twenty-three years, from 1931 through 1953, winning 153 victories against 108 defeats and seventeen ties. He also developed the "umbrella" defense, which remained a staple of National Football League (NFL) teams for years.

Born on April 21, 1898, in Cleo Springs, Oklahoma, Owen graduated from Aline High School. He played at Phillips University under Coach Johnny Maulbetsch, who had earned fame as the Flying Dutchman of the University of Michigan. Owen won a job in 1926 with the Kansas City Cowboys, an early NFL entry that went broke in mid-season. The Giants' owner, Tim Mara, sent enough money for the Cowboys to play a game in New York. Owen left the Cowboys to play a few games in Connecticut and then rejoined the Giants, who won the NFL championship in 1927 with an 11–1–1 record.

In 1931 Owen became a player-coach for the Giants, and they finished 6–6–1 that year. He continued playing and coaching until 1936, leading the Giants to the NFL Eastern Division title in 1933, the NFL championship in 1934, and the division championship in 1935. In the 1934 title game, played on a icy field, the Giants wore sneakers in the second half and defeated the Chicago Bears 30 to 13. That became known as the "sneaker game," and NFL teams afterwards always wore rubber-soled shoes on frozen fields.

Owen led the Giants to the NFL title again in 1938, beating the Green Bay Packers in the championship game. The Giants won division titles in 1939, 1941, 1943, and 1944 under Owen and won the American Conference title in 1950 before losing the title game to the Cleveland Browns. That was the year the NFL absorbed three clubs from the All-American Football Conference.

Throughout his career Owen was known for his smashing block and tackle. "If a boy isn't willing to get off the ground and hit back a little harder than he was hit, no coach can help him," he once said. His defenses were tough, and his offense was based on the A formation, a version of the old single wing, until the late 1940s.

Despite that approach, Owen could see the increasing development of finely executed passing. He adopted the T Formation in 1949 with Charley Connerly as quarterback. In the second game of the 1950 season, he unveiled his umbrella defense against the Cleveland Browns. The Giants lined up in a traditional 6–4–1 defense with a six-man line, but when Cleveland's Otto Graham faded back to pass, Giant defensive ends dropped back to help the four defensive backs form an "umbrella shield." The Giants won that game 6 to 0 and later lost 8 to 3 to the Browns in the title game.

Owen retired after the 1953 season and later coached in Canada. Jim Lee Howell replaced him and led the Giants to more championships, but Owen's umbrella defense formed the basis of the zone defense, which continues to this day in the NFL. Steve Owen died on May 17, 1964.

The following (as per The Chicago Manual of Style, 17th edition) is the preferred citation for articles:
Max Nichols, “Owen, Steve,” The Encyclopedia of Oklahoma History and Culture, https://www.okhistory.org/publications/enc/entry.php?entry=OW004.