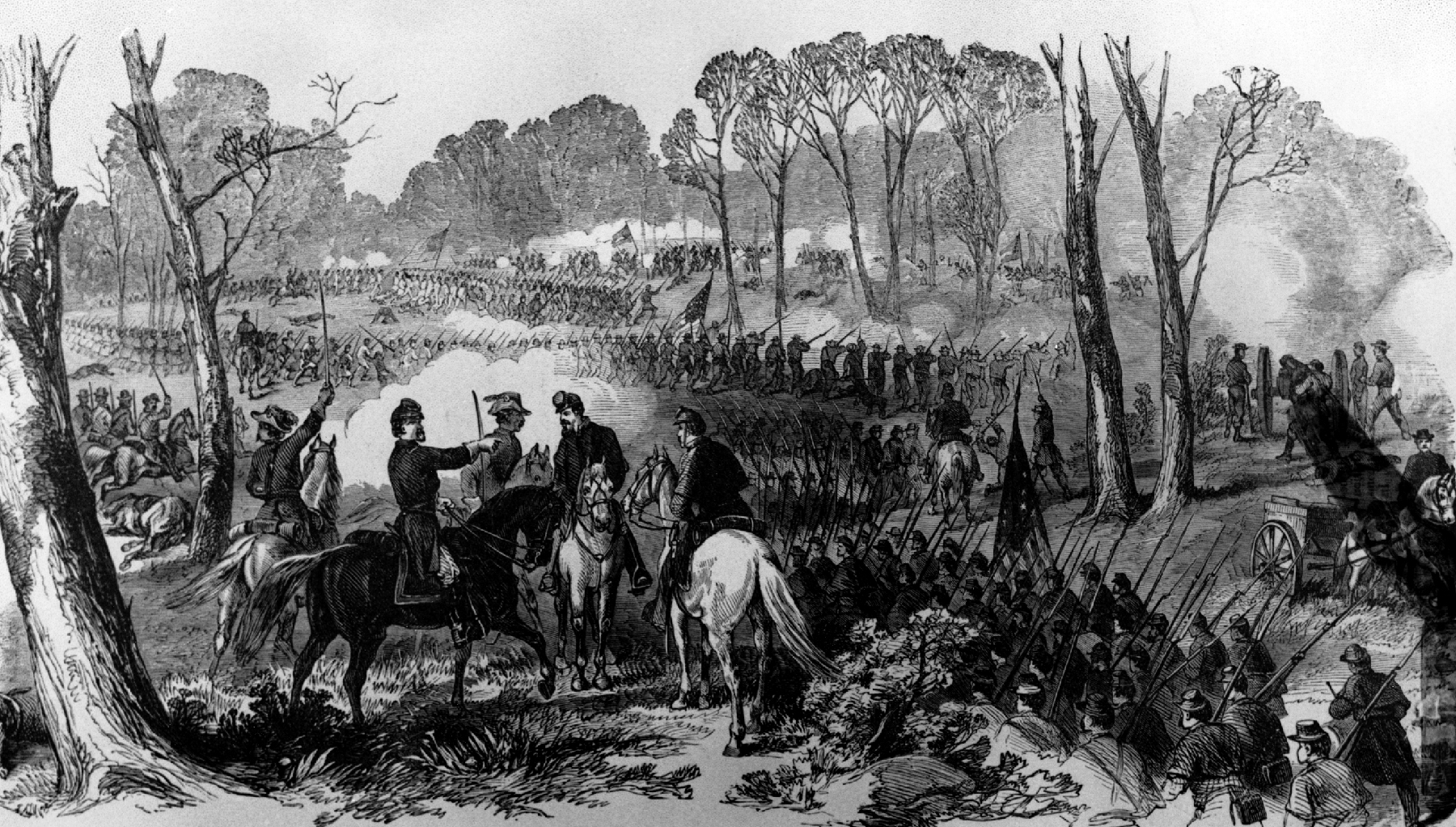 Van Dorn called on Brig. Gen. Albert Pike, who commanded American Indian troops in the Indian Territory, to join him. Van Dorn ignored the fact that, by treaty, these troops were not to fight outside the territory. Just before the battle, Pike joined him with nearly nine hundred men of the First Cherokee Mounted Rifles and the Second Cherokee Mounted Rifles.

American Indian troops helped Van Dorn's cavalry attack a Union battery and supporting Union cavalrymen on Foster's Farm, near the village of Leetown, Arkansas, on March 7. They drove off a small column of the Third Iowa Cavalry, as the white troops captured the battery position. Pike had difficulty regaining control of his troops near the captured guns, as the swirl of battle shifted elsewhere. Some of the Cherokees killed wounded Union soldiers, and scalped at least eight of them, before order was restored.

Pike's troops played a minor role in the rest of the battle. Confederate efforts at Leetown failed, and the First Cherokee Mounted Rifles reinforced the soldiers guarding Van Dorn's supply train. The Second Cherokee Mounted Rifles, however, joined the Confederate left wing on Pea Ridge near Elkhorn Tavern, two miles from Leetown, and skirmished with Union troops there on March 8. The Confederates at Elkhorn Tavern were defeated that morning and forced to retreat southward. Meanwhile, additional troops from the Indian Territory reached the battlefield on March 8. The First Creek Regiment and the First Regiment Choctaw and Chickasaw Mounted Rifles joined the train guard.

Pea Ridge was a dismal defeat for the Confederates and the turning point of Union efforts to dominate the Trans-Mississippi. The scalping at Pea Ridge represented the first of four documented cases of such mutilations taking place in the Civil War. They shocked the Northern people and embarrassed Confederate authorities, including Albert Pike.

The following (as per The Chicago Manual of Style, 17th edition) is the preferred citation for articles:
Earl J. Hess, “Pea Ridge, Battle of,” The Encyclopedia of Oklahoma History and Culture, https://www.okhistory.org/publications/enc/entry.php?entry=PE001.