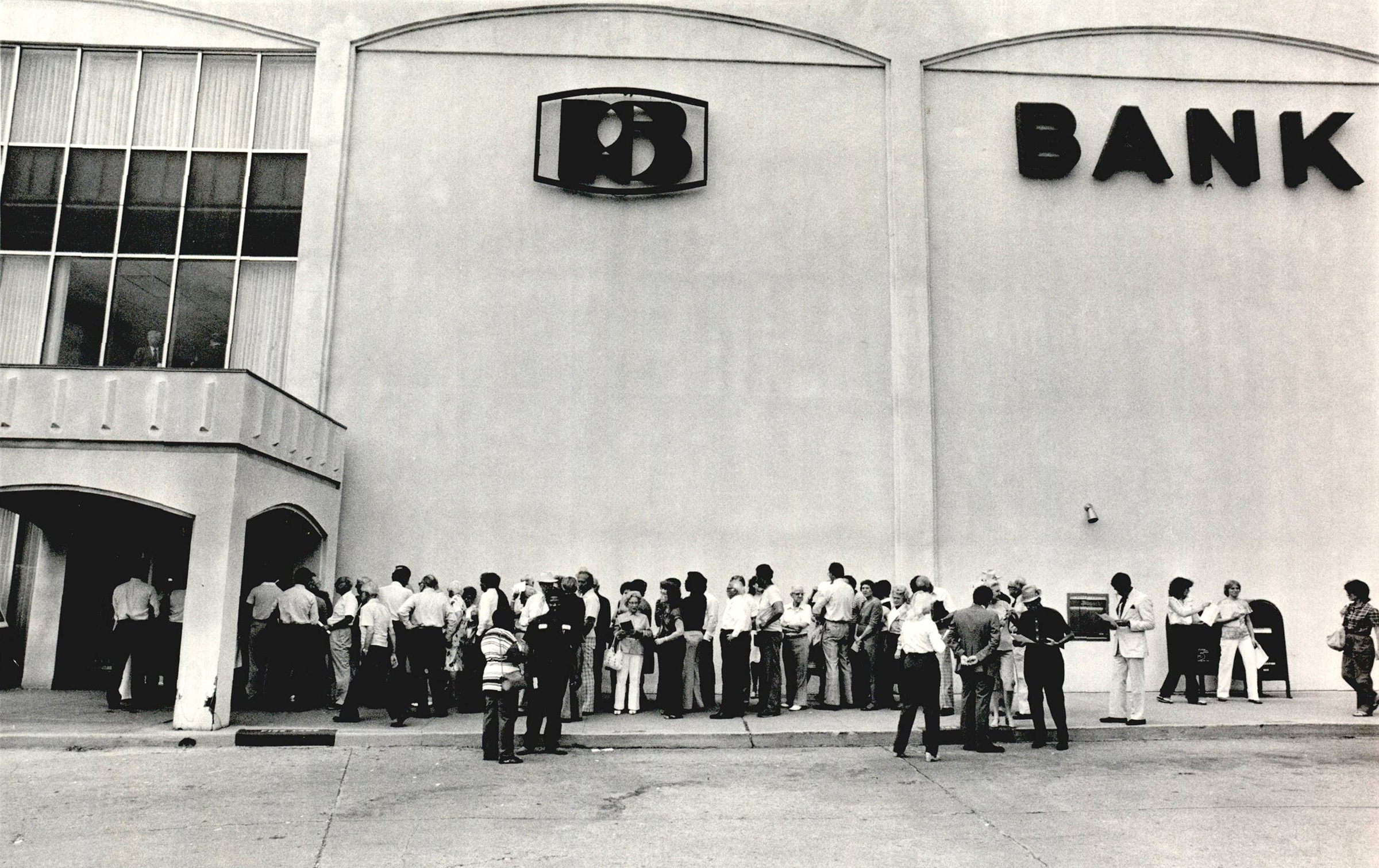 The failure of Penn Square Bank of Oklahoma City had a devastating effect on the U.S. banking system when the bank was declared insolvent on July 5, 1982. The ill-fated financial institution started in 1960 in a shopping mall. Penn Square Bank had a drive-up window to make transactions more convenient for suburban housewives with children to manage. In 1975 William Paul "Bill" Jennings purchased the bank and began to finance oil exploration and drilling. The bank made loans and then sold shares in the loans to other banks. As payments came in, Penn Square charged a fee to divide up the funds among the banks according to their share or "participation." This allowed Penn to originate over $2 billion worth of these investments.

By the late 1970s the federal Office of the Comptroller of the Currency's examinations indicated that Penn Square Bank was overextended. When oil prices dropped in 1981, the situation quickly turned desperate. Depositors withdrew $50 million in May 1982, and by July examiners knew the bank could not survive. They spent the Fourth of July weekend setting up the closure of Penn Square and forming a new bank so that the Federal Deposit Insurance Corporation (FDIC) could pay the $207 million that was due to insured depositors. Uninsured deposits of $163 million were not paid.

The oil loan shares caused problems for numerous other banks and precipitated a crisis in the entire banking system. Seattle First National Bank (Seafirst) in Washington was one of the first failures to result from losses on the participations. Soon after, Continental Illinois National Bank and Trust Company in Chicago, which had participated in the loans in the amount of almost $1 billion, became the largest bank failure in U.S. history up to that time, and the first bank to be actually acquired and operated as a federal government enterprise. Penn Square Bank's failure resulted in the revision of Oklahoma's banking laws and tighter regulatory control on the nation's banks through the passage of the Financial Institutions Reform, Recovery and Enforcement Act of 1989 and the Federal Deposit Insurance Corporation Improvement Act of 1991.

The following (as per The Chicago Manual of Style, 17th edition) is the preferred citation for articles:
Lynne Pierson Doti, “Penn Square Bank,” The Encyclopedia of Oklahoma History and Culture, https://www.okhistory.org/publications/enc/entry.php?entry=PE009.