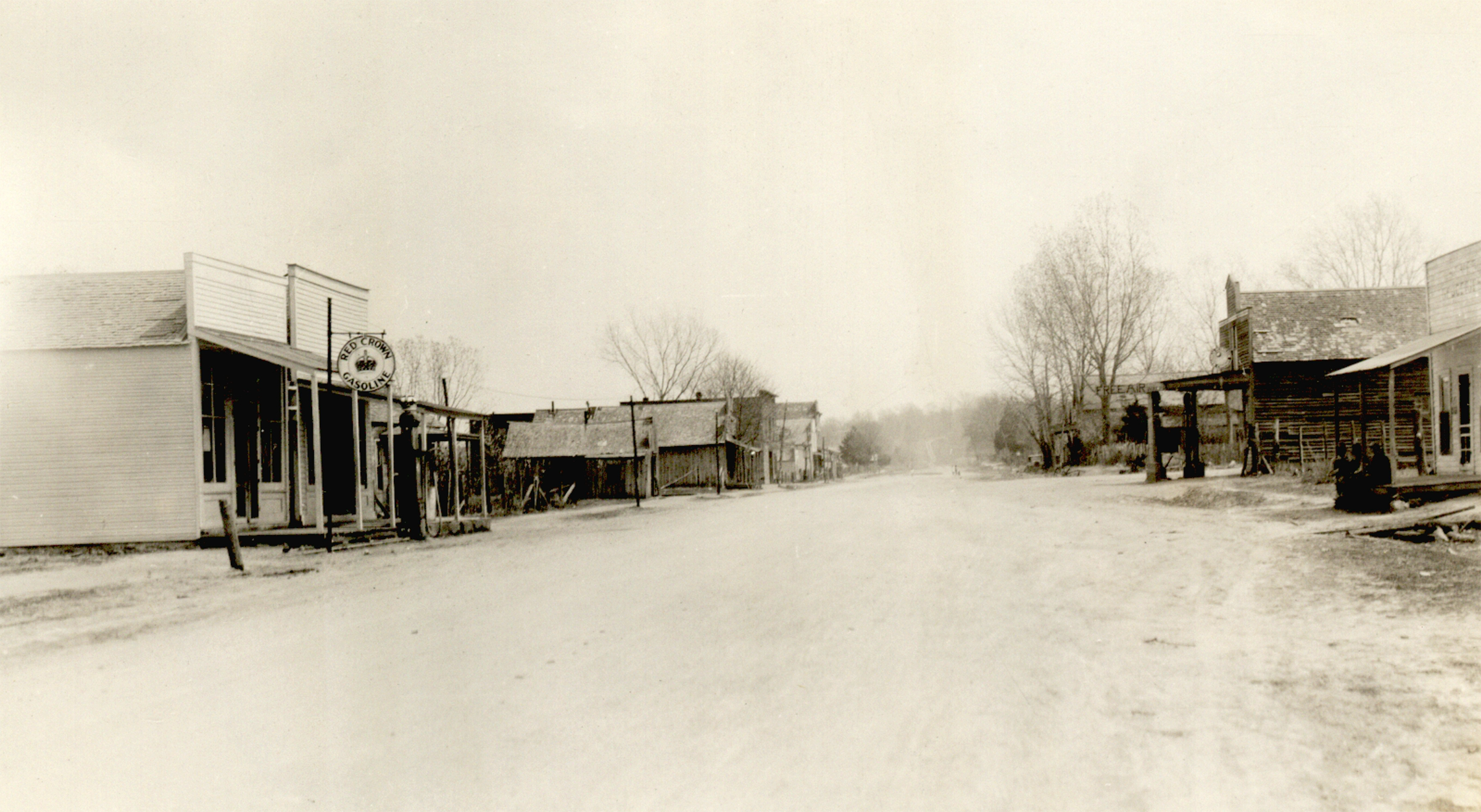 Located in Ottawa County, Peoria lies thirteen miles east of Miami on County Road N4675 and owes its existence to the regional lead and zinc industry. The area has long been associated with mineral extraction. Prior to contact with Europeans, American Indian groups had established a chert quarry, at which in 1894 William Holmes conducted Oklahoma's first professional archaeological study. Many early-day whites and relocated American Indians believed the quarries to be "lost Spanish mines." From 1843 to 1848 the Methodist-operated Crawford Seminary existed in the vicinity, serving Quapaw students, before moving more than three miles north. In 1867 the Confederated Peoria Tribe, consisting of Peoria, Kaskaskia, Piankashaw, Wea, and Miami groups, through the Omnibus Treaty, purchased from the Quapaw a land tract between the Neosho River and the Arkansas border. Within that area in 1891, Peoria developed as a mining camp in the Tri-State Lead and Zinc District, which extended from Kansas and Missouri into the Indian Territory. The town's most productive mining years lasted from 1891 until 1896. In 1897 the focus of the lead and zinc production shifted to locations north of Miami.

In 1891 the Post Office Department placed a post office at the mining camp. The postal designation honored the Peoria Tribe. At the height of industrial production the town had an estimated eight hundred residents. In 1898 Peoria incorporated. In 1900 the population stood at 144, and the next year the town was comprised of a hotel, a sawmill, four grocers, three doctors, two blacksmiths, a livery, and a general store. Farming and ranching also provided income, and two livestock dealers operated at the turn of the twentieth century. By 1911 the town had added two sawmills, a handle factory, and an exchange mill (for the mines' product). By 1918 the town had lost the factory and two of the sawmills but had added a feed barn and a sorghum mill. Mining continued on a small scale into the mid-twentieth century. From 1891 until 1945 the Peoria vicinity produced 2,698 tons of lead and 3,420 tons of zinc. After the U.S. Census registered a low of 135 residents in 1910, the population slowly increased to 227 in 1940. In 1941 the post office closed, and in 1946 four grocery stores were the only significant businesses.

In 1960 the population had declined to 156. It increased to 179 in 1970 before gradually declining to 136 in 1990. In 1970 the small school system consolidated with that of Quapaw. On nearby "Spooklight Road" an unexplained, ghostly light has been seen for decades, inspiring several local legends. These include stories of a young Indian couple who jumped from the nearby Lovers' Leap, a murdered husband searching for his severed head, a decapitated miner carrying a lantern, and a headless Civil War soldier. In 2000 the town's population stood at 141, with 30 percent of American Indian ancestry. The 2010 census counted 132 residents.

The following (as per The Chicago Manual of Style, 17th edition) is the preferred citation for articles:
Larry O'Dell, “Peoria (town),” The Encyclopedia of Oklahoma History and Culture, https://www.okhistory.org/publications/enc/entry.php?entry=PE014.