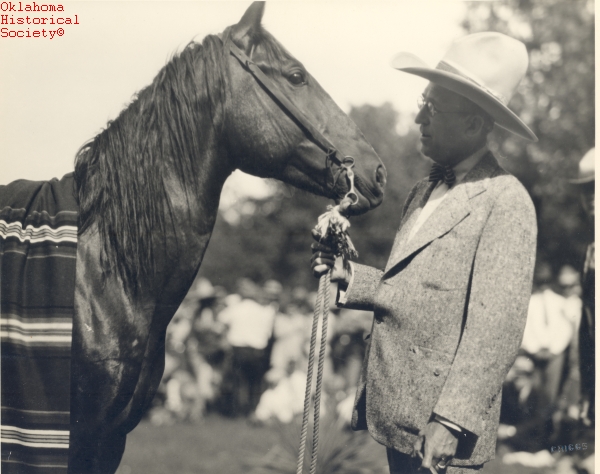 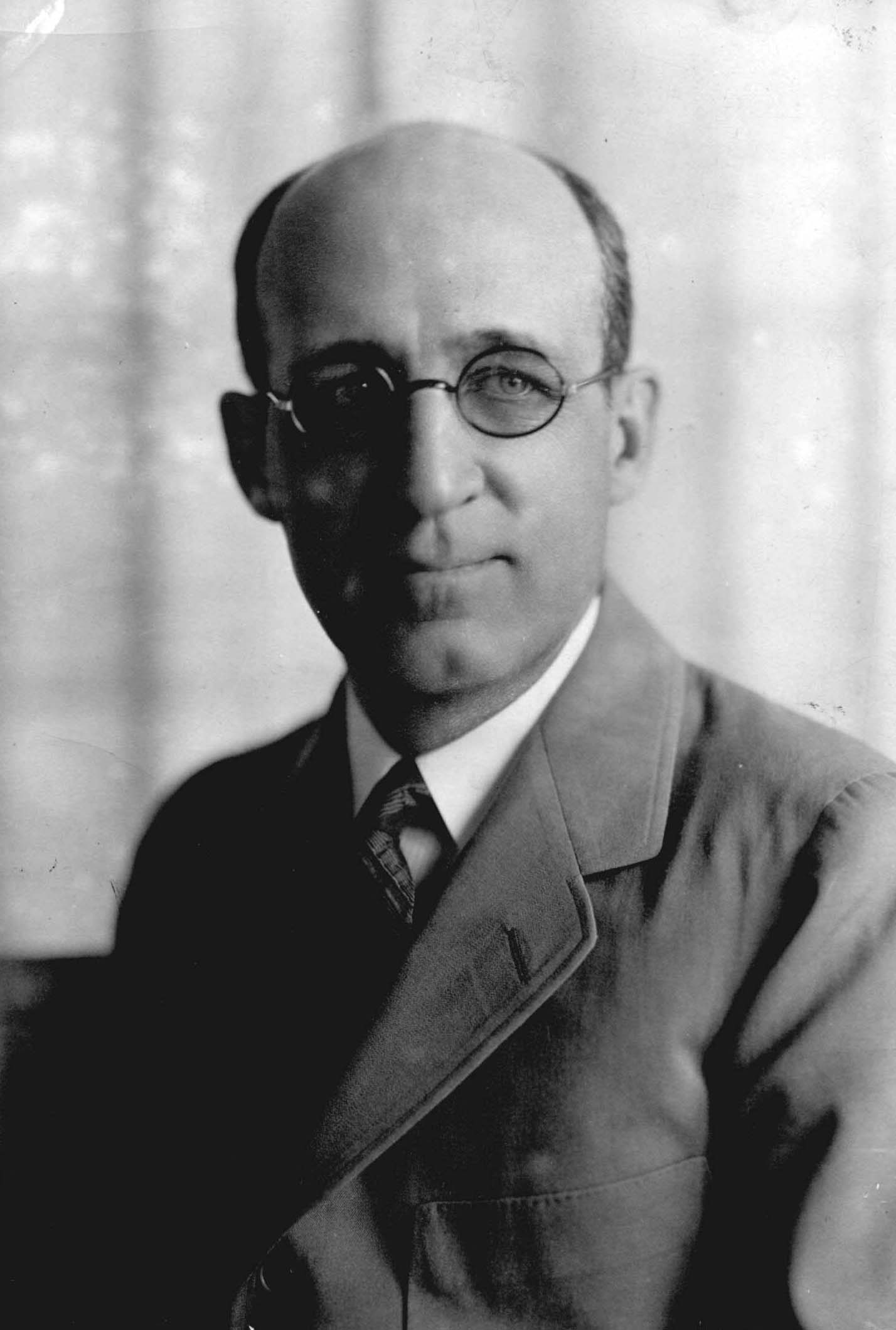 President and cofounder of Phillips Petroleum Company, Frank Phillips was born on November 28, 1873, in Scotia, Nebraska. He was the eldest son of ten children in the family of Lewis Franklin and Lucinda Josephine Faucett Phillips. Because of a grasshopper infestation, the Phillipses moved to Iowa in 1874 and settled on a farm near Conway. As a boy Phillips experienced the toil, poverty, and frustrations of rural life. While on the farm, he earned his first wages by digging potatoes for ten cents a day.

After admiring the dapper dress of a barber who wore striped pants, at age fourteen Phillips left the farm and schoolroom to apprentice in a barbershop in nearby Creston, Iowa. After learning the trade, he ventured west to barber a year in Colorado and Utah Territory boomtowns. By the time he was twenty-four, Phillips had returned to Creston and purchased two barbershops. He concocted a tonic of perfumes and rainwater, labeled it Mountain Sage, and peddled it in his shops as a baldness cure. The remedy was worthless but was his first effort at manufacturing and merchandising products to the public.

Barbering gave Phillips an opportunity to meet Creston's influential leaders. One of his customers was banker John Gibson. Not only did Phillips develop an association with Gibson, he also grew fond of Gibson's daughter, Jane. In 1897 Frank and Jane married. From that union came their only offspring, John Gibson Phillips, who was born on December 9, 1898. Frank and Jane later took in two young orphaned sisters, renamed them Mary Francis and Sara Jane Phillips, and reared them as their own.

John Gibson gave Phillips a position in his Creston bank and ushered him into the world of high finance. By 1899 Gibson had become a leading officer and investor in the Chicago Coliseum Company, a firm organized to fund and build a municipal convention center for Chicago. He assigned Phillips the task of selling bonds needed to finance construction. Phillips sold bonds throughout the Midwest and New England. He was so successful that Gibson awarded him a seventy-five-thousand-dollar commission. Those funds gave Phillips the money he needed for later business ventures.

In 1903, while visiting the Louisiana Purchase Exposition in St. Louis, Phillips encountered an acquaintance from Creston. The friend had recently returned from Indian Territory and told Phillips of oil and business opportunities in present northeastern Oklahoma. By early 1905, after several trips to Bartlesville and surrounding areas in Indian Territory, Phillips, his wife, and son had moved to Bartlesville. He was soon joined by his brother, Lee Eldas (L. E.), and they began buying oil leases. Two initial dry holes rendered their drilling efforts unproductive. Operating on borrowed money and with only enough funding left for one more attempt, their next gamble paid off. On September 6, 1905, the Anna Anderson Number One, located just north of Bartlesville, gushed oil. It was their first of eighty-one successive productive wells.

Realizing that banking offered more security than wildcatting for oil, as early as 1905 Frank and L. E. had organized a Bartlesville bank. Shortly before World War I the brothers began reducing oil interests in hopes of opening a chain of banks in the Midwest. Yet two developments changed their plans. In spring and summer 1917 their crews brought in immensely productive wells on a remaining lease in eastern Osage County, Oklahoma. The entry of the United States into World War I in April 1917 increased the demand and price for petroleum. As a result, Frank and L. E. remained in the oil business. In 1917 they merged their existing oil operations and incorporated a new firm, the Phillips Petroleum Company, with twenty-seven employees and $3 million in assets. Five years later assets totaled over $50 million. Phillips Petroleum continued to expand throughout the 1920s, producing and marketing Phillips 66 gasoline, chemicals, aviation fuel, and liquefied petroleum gas.

During the Great Depression the business activities of Frank Phillips provided much needed jobs to citizens of Bartlesville and Oklahoma. Although business took him to New York City for extended periods, Bartlesville remained his home. At times Phillips proved his appreciation for the community by making available free circus tickets to all local school children. He also gave each student a silver dollar and bag of fruit and candy during the Christmas season. For this and other philanthropy, Bartlesville residents affectionately referred to him as "Uncle Frank." Demonstrating their affection for "Uncle Frank," on his sixty-sixth birthday in 1939 Bartlesville citizens hosted a citywide celebration for Phillips, including a parade and other festivities.

In 1949 Phillips resigned active management of Phillips Petroleum. He died August 23, 1950, while vacationing in Atlantic City, New Jersey. At the time of his death Phillips Petroleum had more than seventeen thousand employees and approximately $625 million in assets. He was entombed at his Woolaroc ranch, fourteen miles southwest of Bartlesville. The Frank Phillips House at 1107 Cherokee Avenue in Bartlesville is listed in the National Register of Historic Places (NR 75001576).

The following (as per The Chicago Manual of Style, 17th edition) is the preferred citation for articles:
Dan B. Wimberly, “Phillips, Frank Freeman,” The Encyclopedia of Oklahoma History and Culture, https://www.okhistory.org/publications/enc/entry.php?entry=PH006.