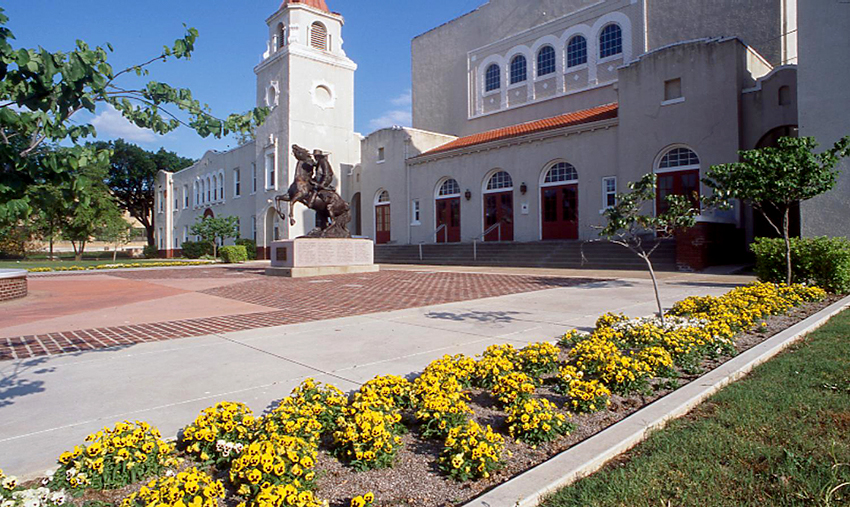 Located in southeastern Kay County and situated at the junction of U.S. Highways 77 and 177, Ponca City was founded on September 16, 1893, during the Cherokee Outlet Opening. Burton Seymour Barnes organized the Ponca Townsite Company and sold twenty-three hundred townsite certificates at two dollars each. Originally known as New Ponca, the town was incorporated on December 19, 1893, and the post office was established on January 12, 1894. A school opened on November 16, 1893, and the first two high school students graduated in May 1895.

In the early years trains stopped at Cross, a town located one mile north of New Ponca. However, Barnes and other town boosters wanted the Atchison, Topeka and Santa Fe train to stop in New Ponca. They offered the Santa Fe station agent two town lots and free moving of his house from Cross if he would become the agent at New Ponca. On September 22, 1894, the first train arrived in Ponca City, much to the dismay of Cross residents. Ponca City promoters, proud of their accomplishment, printed cards that were handed to disembarking passengers. The imprint read "Compliments of Ponca City, Okla. The trains stop here just the same as at Chicago, Come and see us when you can." Soon two hotels and many homes were moved from Cross to Ponca City, and eventually Cross became nonexistent. The town's name was changed from New Ponca to Ponca City on October 23, 1913.

Prominent residents have included oilmen and philanthropists Louis "Lew" Haines Wentz and Ernest Whitworth Marland. Marland visited the famous 101 Ranch (listed in the National Register of Historic Places, NR 73001560) near Ponca City in 1908 and leased ten thousand acres in order to drill for oil. He struck oil in June 1911 on the Ponca allotment of Willie Cries (Crys)-for-War, and the Marland Oil Company was born. In 1928 Marland built a mansion (NR 73001561), dubbed the "the Palace on the Prairie," in Ponca City. As a philanthropist he commissioned Bryant Baker to sculpt the Pioneer Woman Statue (NR 78002238) for the city.

During World War II British Royal Air Force and U.S. Army Air Force pilots attended flight training at the Darr School of Aeronautics northwest of town. Ponca City's economy, "built on oil, soil and toil," continued to be based on agriculture and the oil industry at the turn of the twenty-first century. In 2000 the city's 25,919 residents supported many parks and golf courses as well as the Pioneer Woman Museum, the Ponca City Art Center, and the Ponca City Cultural Center and Museum. Ponca City had a council-manager form of government. In 2010 the census registered 25,387 inhabitants.

Louis Seymour Barnes, "The Founding of Ponca City," The Chronicles of Oklahoma 35 (Summer 1957).

The following (as per The Chicago Manual of Style, 17th edition) is the preferred citation for articles:
Paula Carmack Denson, “Ponca City,” The Encyclopedia of Oklahoma History and Culture, https://www.okhistory.org/publications/enc/entry.php?entry=PO008.