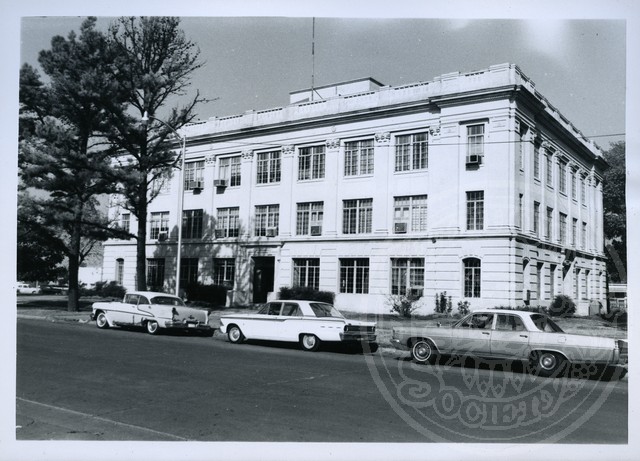 Pontotoc County is located in south-central Oklahoma, just east of a line dividing the state into its eastern and western segments. Surrounding counties include Seminole, Hughes, Coal, Johnston, Murray, Garvin, McClain, and Pottawatomie. The northern boundary is also marked by the Canadian River. The county incorporates 725.4 square miles of land and water area. Created at 1907 statehood, it took its name from a historic Chickasaw tribal area in Mississippi, which is also mirrored by a county name in that state. The 1832 Treaty of Pontotoc Creek provided for removal of the Chickasaw to Indian Territory. Pontotoc is usually translated "cattail prairie" or "land of hanging grapes."

Forty-eight archaeological sites have been investigated in Pontotoc County, reflecting the presence of prehistoric Native peoples in the county. While none have been found there to indicate a Paleo-Indian (prior to 6000 B.C.) presence, numerous sites from that early era exist in surrounding counties. Archaic (6000 B.C. to A.D. 1) peoples are reflected in thirty-one sites and Woodland (A.D. 1 to 1000) occupation in one. Closer to the present, seventeen Plains Village-period (A.D. 1000 to 1500) sites have been examined.

The historic inhabitants of present Pontotoc County included the Quapaw and Wichita peoples and their ancestors. By the early nineteenth century Kiowa and Comanche from the south and west frequently moved through the area, as did Osage from the north. The 1834 Dodge-Leavenworth Expedition encountered an Osage hunting village near present Allen.

The U.S. government originally granted county lands to the Choctaw by provisions of the Treaty of Dancing Rabbit Creek in 1830. In 1837 the Chickasaw were given rights within the Choctaw domain. In 1855 the Chickasaw obtained the right to establish their own government in an area approximating the middle one-third of the original Choctaw lands. At the same time the western one-third was leased to the U.S. government for location of Plains tribes. In 1867 the Chickasaw government created four counties, including one named Pontotoc, which encompassed most of the northern one-third of the tribe's land as well as the land of the present county. Few Chickasaw settled in Pontotoc County until after the Civil War. There was abundant land for tribal family needs elsewhere, and the raiding activities of Plains tribes caused the northern and western limits of much of the Chickasaw domain to be known as "Scalp Alley." One notable Comanche raid took place in 1864 near present Jesse.

The area's first settlers located around Boggy Depot, a stop on the Texas Road, in the 1840s. In 1850 the United States established Camp Arbuckle to offer protection for migrants passing through the area on the California Road. Delaware Mount, located south of Ada, was a noted feature on that route.

Settlements, including large numbers of white intruders and lawless elements, began spreading through the county after the Civil War. The first post office was established at Stonewall in 1878. Center, Roff, Francis, Allen, and other communities were all settled by 1890, the year that Ada was founded. Though initially overshadowed by Stonewall and Center, Ada became the nexus of three railroads, assuring its ultimate economic dominance. Its naming as the county seat in 1907 and the location of a normal school known as East Central College (now East Central University) in 1909 assured further economic expansion as well as cultural leadership.

Cattle ranching was especially prominent in the territorial period, but cotton soon emerged as the most important crop. Related developments included a high rate of sharecropping and tenancy. Those patterns changed significantly by the end of the 1930s and had largely vanished by 1950. At the beginning of the twenty-first century Pontotoc County barely had one thousand farms, a little more than one-third the number in 1930. In the meantime, agriculture shifted to more diverse activities including reestablishment of extensive cattle production, linking Pontotoc County to the state region known as "Hereford Heaven."

Limestone quarrying and related cement production have contributed to the county's economy since the territorial period. There was also limited early oil production, and the Fitts Field briefly led the nation in oil output during the 1930s. Pontotoc County is also home to some light industry, including four manufacturers with more than one hundred employees, but its most significant economic forces are services and governmental. The Ada-based Pre-Paid Legal Services, Inc., formed in 1972, and its stock is now listed on the New York Stock Exchange. The Chickasaw Nation established its tribal headquarters at Ada in 1974, which is also the base of operations for the Carl Albert Indian Health System.

Several Pontotoc County properties are listed in the National Register of Historic Places. These include the county courthouse (NR 84003418) and East Central State Normal School's campus (NR 86003470). Near Ada is the Mijo Camp Industrial District (NR 85002560) and Bebee Field Round House (NR 85001699).

The following (as per The Chicago Manual of Style, 17th edition) is the preferred citation for articles:
Alvin O. Turner, “Pontotoc County,” The Encyclopedia of Oklahoma History and Culture, https://www.okhistory.org/publications/enc/entry.php?entry=PO010.