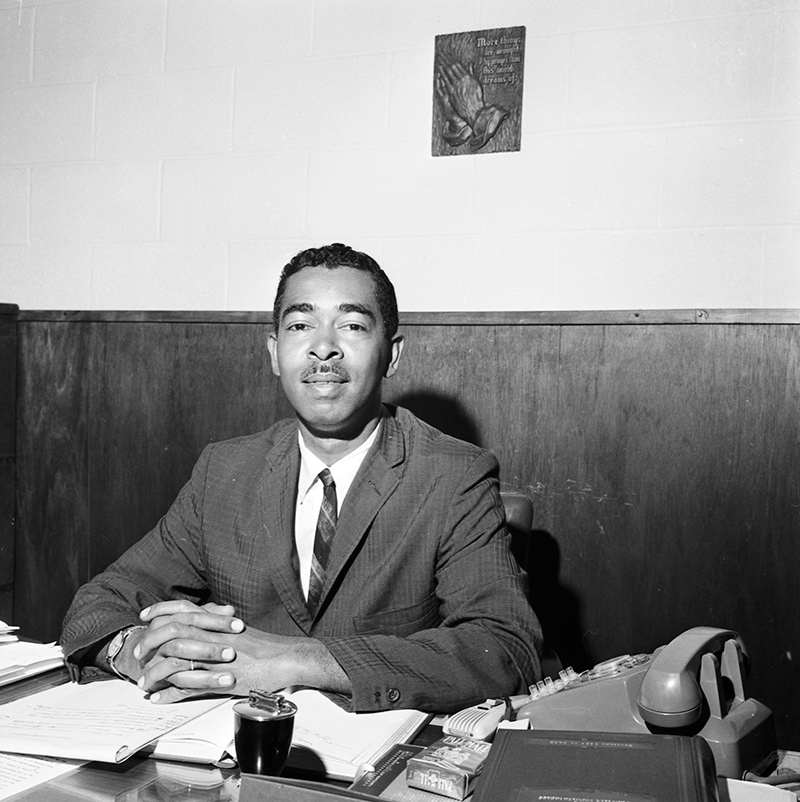 Civil Rights lawyer, politician, and Oklahoma City NAACP president, E. Melvin Porter became the first African American to attain an Oklahoma Senate seat. Born in Okmulgee on May 22, 1930, he served in the U.S. Army before attending Tennessee State University. In 1959 he graduated from the Vanderbilt School of Law. In 1960 he passed the Oklahoma Bar Association examination and established an office in Oklahoma City.

In 1961 the Oklahoma City National Association for the Advancement of Colored People (NAACP) elected him president. During his tenure Clara Luper and other NAACP members were staging sit-ins and boycotts, protesting Oklahoma City's segregated accommodations. Porter not only provided legal services but also marched and on a few occasions was arrested. By July 1962 the city chapter claimed that 171 restaurants had opened their doors to African Americans, and that the demonstrations would continue until all establishments had no restrictions.

Deciding to enter politics, in 1962 Porter unsuccessfully campaigned for the Oklahoma House of Representatives as a Republican. In April 1964 he ran for the Senate in District 18 as a Democrat and lost in the primary. Later that year the legislative districts were redrawn, giving Oklahoma City's black population a statistical chance at electing one of their own for a Senate seat, District 48. Porter ran and defeated F. D. Moon and two other Democratic challengers, as well as Republican candidate Jim Duke, for the two-year position. In 1966 facing another strong black leader, John B. White, for the Senate, Porter was reelected for a full four-year term. He held the office for twenty-two years, prevailing over tough challengers, including Archibald Hill, Dr. A. L. Dowell, and A. Visanio Johnson.

While holding office, Porter introduced Oklahoma's Anti-Discrimination Act, similar to the federal 1964 Civil Rights Act. He was also instrumental in developing legislation that represented his constituents, including a law that required the inclusion of black history in the state's textbooks and another that ended miscegenation prohibitions. Often deemed controversial inside and outside the black community, Porter held his Senate seat until 1986 when Vicki Miles-LaGrange defeated him in a heated campaign. In 1993 the Oklahoma County Commissioners appointed Porter the county's assessor. Later that month he changed his party affiliation from Democrat to Republican. In 1994 he left the position after eighteen months of controversy. Porter continued to reside in Oklahoma City, where he died on July 26, 2016.

The following (as per The Chicago Manual of Style, 17th edition) is the preferred citation for articles:
Larry O'Dell, “Porter, Edward Melvin,” The Encyclopedia of Oklahoma History and Culture, https://www.okhistory.org/publications/enc/entry.php?entry=PO017.