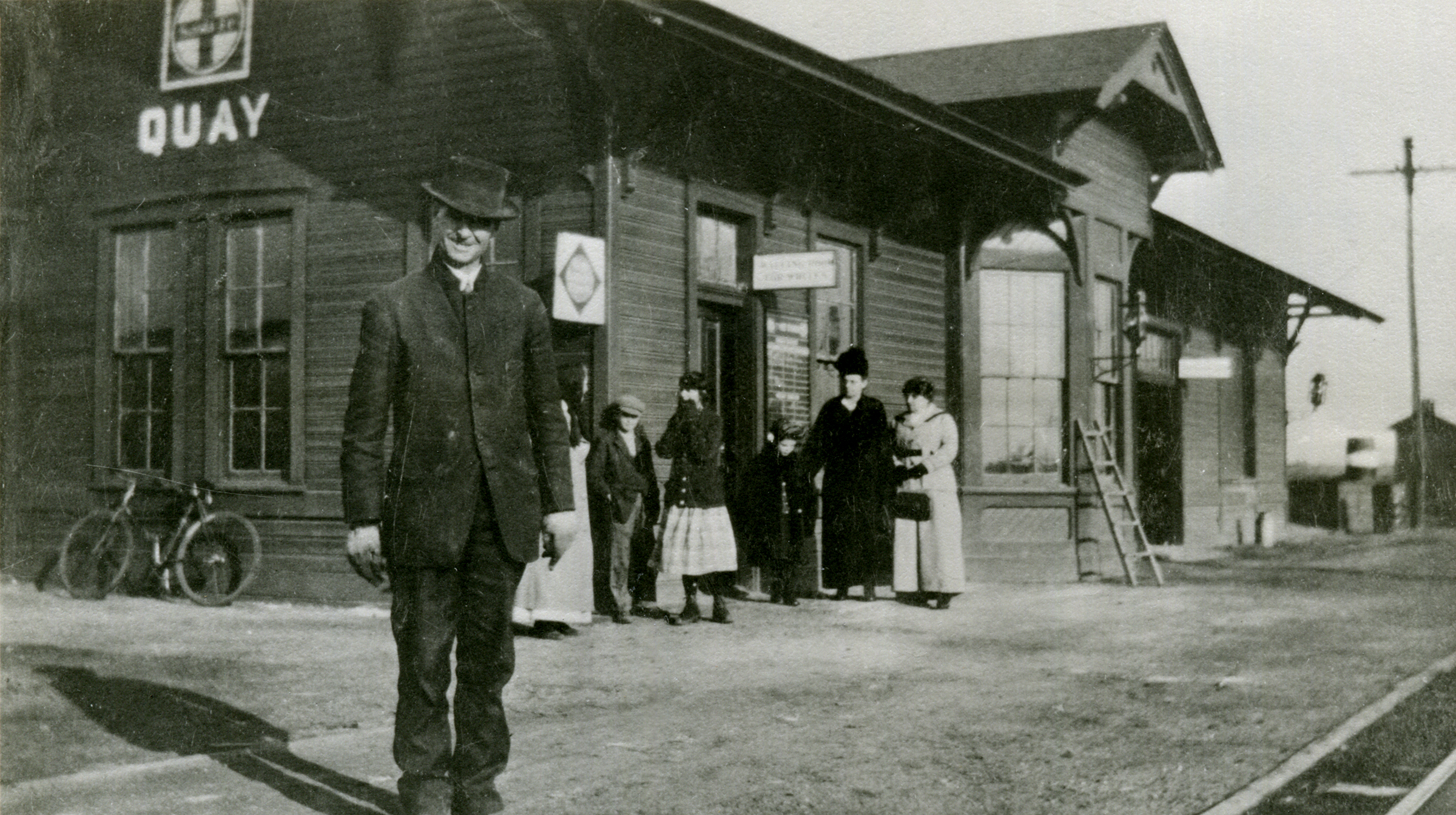 Located on the boundary line of Pawnee and Payne counties, Quay is situated on County Roads E0590/N3530. Originally known as Lawson for townsite owner Stonewall J. Lawson, a post office was established on January 17, 1894. However, on February 24, 1903, the post office was redesignated as Quay in honor of Pennsylvania's Sen. M. S. Quay. Between 1900 and 1904 the Eastern Oklahoma Railway (later the Atchison, Topeka and Santa Fe Railway) built a line from Newkirk to Pauls Valley passing through Quay.

Two years after 1907 statehood Quay had approximately one hundred residents and supported a bank, a public school, a cotton gin, and a grain elevator. The quiet, agricultural trade center became an oil-boom town in the 1910s and 1920s with an estimated population of four thousand. Early newspapers included the Quay Transcript and the Quay Times. In 1919 the town had a hospital, two churches, and several hotels. As the Great Depression set in and oil production declined, people moved away. In the 1930s one oil and gas company operated. By the mid-1940s and 1950s a gasoline station and a grocery/drug store served residents.

The first federal census for Quay reported 186 residents in 1930. After peaking at 186, the population declined to 104 in 1940 and 70 in 1950. The 1960 census indicated a population of 51. As the town waned, the post office closed in 1957, and the school was discontinued in 1965. Quay's population reached the lowest point in 1970 with a reported 41 inhabitants. Numbers rebounded slightly to 50 and 59 in 1980 and 1990, respectively. At the turn of the twenty-first century Quay had 47 residents. Employed citizens commuted to work in Stillwater and other cities. Quay disincorporated in August 2000, and no 2010 census figures were recorded.

The following (as per The Chicago Manual of Style, 17th edition) is the preferred citation for articles:
Linda D. Wilson, “Quay,” The Encyclopedia of Oklahoma History and Culture, https://www.okhistory.org/publications/enc/entry.php?entry=QU007.