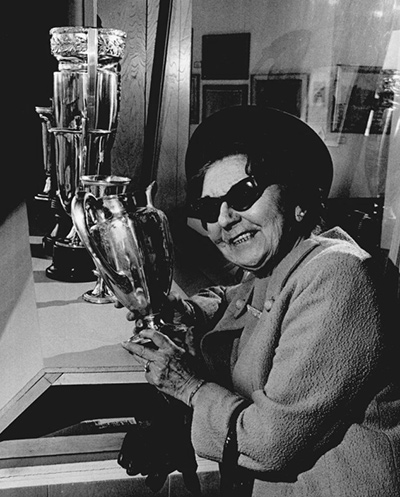 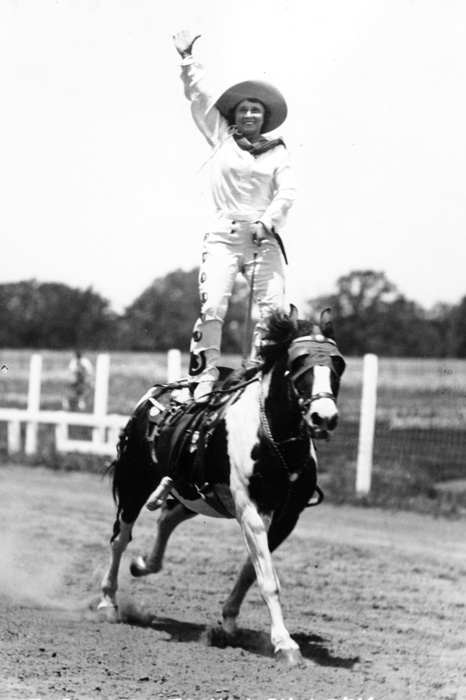 A rodeo trick rider, bronc rider, and trick roper, Florence Hughes Randolph was born Cleo Alberta "Florence" Holmes on June 23, 1898, in Augusta, Georgia, to John R. and Mary E. Holmes (her father nicknamed her Florence; other sources indicate birth in 1899; however, 1900/1910 censuses indicate birth in 1893). In October 1912 she left home with Ringling Brothers Circus after its show in Augusta. She learned to ride and rope and was also performed with Barnum and Bailey. By mid-1914 she was billed as "Princess Mohawk" in Captain Jack King's I. X. L. Ranch Wild West show. Later styled "Princess Mohawk's Wild West Hippodrome," the show folded in summer 1918.

From 1919 "Princess Mohawk" competed for money in rodeos. Her first contest came in the Calgary Stampede, and in September she entered promoter C. B. Irwin's rodeo at the Pendleton (Oregon) Roundup. By 1922 her professional name was Florence Hughes. Over the years she won trick riding and racing events in venues including Eddie McCarty's rodeo at the 1920 Fort Worth Fat Stock show, Tex Austin's 1924 venue at Wembley Stadium in London, and the 1926 Philadelphia Sesquicentennial Exposition's rodeo. In the 1927 Madison Square Garden contest she captured first place in trick riding, second place in bronc riding, the All-Around Cowgirl title, and the newly inaugurated MGM Trophy. During her career she was variously known as Florence King, Mrs. Jack King, Florence Hughes, Florence Hughes Fenton, and Florence Hughes Randolph.

She married Louis L. Fenton, a rodeo performer from Oklahoma, in the autumn of 1923 in Newkirk, Osage County, Oklahoma. Soon divorced, circa 1925 she remarried, this time to Floyd Randolph, a rodeo promoter and performer who became her manager. Until her retirement in 1939, they wintered at the Randolph ranch near Ardmore, Oklahoma. There she honed her trick-riding skills and provided a practice arena for other rodeo athletes. The competition circuit began every year in March at the Fort Worth Fat Stock Show and extended to November. During her years in Ardmore Randolph participated in social and civic activities and organized the annual Ardmore Rodeo, operated a riding school for rodeo women, and opened a shop to create wardrobes for them. Floyd Randolph owned and operated a saddlery.

The following (as per The Chicago Manual of Style, 17th edition) is the preferred citation for articles:
Dianna Everett, “Randolph, Florence Hughes,” The Encyclopedia of Oklahoma History and Culture, https://www.okhistory.org/publications/enc/entry.php?entry=RA023.