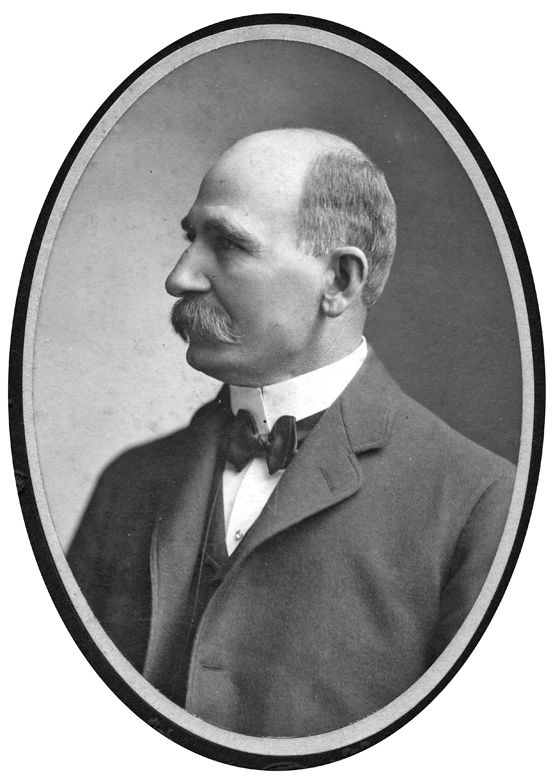 William Cary Renfrow, Oklahoma Territory's fourth governor, was a native of North Carolina. On March 15, 1845, in Smithville, Renfrow was born into the farm family of Perry Renfrow and Lucinda Atkinson. While the younger Renfrow was attending school, the Civil War erupted, and the sixteen-year-old dropped his classes and enlisted. He served throughout the war as a sergeant in the Fiftieth North Carolina Infantry. At war's end he moved to Arkansas, settling in Russellville, entering the mercantile business, and in 1875 marrying Jennie B. York. The union produced a son and a daughter.

In 1889 Renfrow caught the scent of opportunity in a developing region, Oklahoma Territory. He moved to Norman, opened a livery stable, and became so successful that he was able to invest in a bank. Soon he was the majority owner of the Norman State Bank, and he also invested in real estate in Norman.

A Democrat, Renfrow became involved in territorial politics. He was a great admirer of Grover Cleveland, suggesting in 1890 that the county surrounding Norman be named for him. After serving as a delegate to the Democratic National Convention that nominated Grover Cleveland as its presidential candidate, Renfrow was named by President Cleveland to the Oklahoma territorial governorship, not because of his service to Cleveland, but because the president wanted an Oklahoma resident and businessman to run the territory. Renfrow took the oath of office on May 7, 1893.

Renfrow's term as governor lasted longer than any of his predecessors'. This was due primarily to his extensive business management experience and his refusal to fight openly with his political opponents and critics. He preferred to devote his energy to campaigning for Oklahoma statehood and expanding the settlement of Oklahoma Territory. The opening of the Cherokee Outlet on September 16, 1893, was the major event occurring during his administration. He also pressed for the opening of the Kickapoo lands, an event that finally came about in 1895.

Educational progress also occurred during Renfrow's tenure. He leased school lands to raise money for public education and took other measures as well. In 1897 he signed a bill creating Northwestern Oklahoma State University. A Southern Democrat, Renfrow held generally antiblack sympathies, and he allowed a pocket veto of any bills that would improve the lot of African Americans in Oklahoma. Nevertheless, he worked for passage of laws to increase the number of schools for black citizens, and he did not oppose the creation of the Colored Agricultural and Normal University of Oklahoma Territory (now Langston University) at Langston in 1897.

In 1896 a Republican, William McKinley, won the presidency, and Renfrow's Democratic administration soon ended. Cassius M. Barnes, a Republican, became Oklahoma Territory's next governor in May 1897. Renfrow returned to public life, engaging in a variety of ventures over the ensuing decades, including lead and zinc production. His last investment was in the oil business. On January 31, 1922, he died of heart failure while on a trip to Bentonville, Arkansas.

The following (as per The Chicago Manual of Style, 17th edition) is the preferred citation for articles:
Dianna Everett, “Renfrow, William Cary,” The Encyclopedia of Oklahoma History and Culture, https://www.okhistory.org/publications/enc/entry.php?entry=RE026.