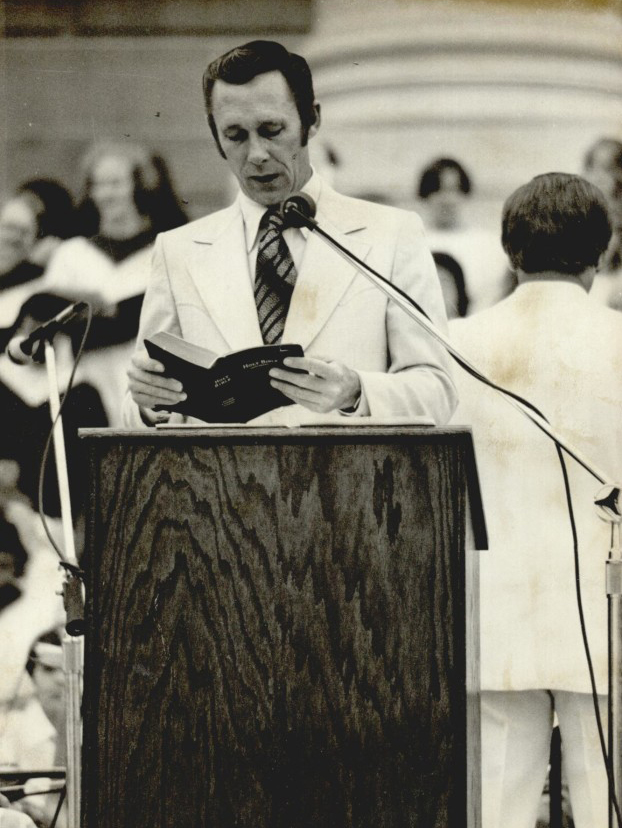 Born in the small Haskell County community of East Liberty near Stigler, Oklahoma, on November 3, 1934, U.S. Rep. Theodore Marshall Risenhoover was the son of Jacob and Allene Westbrook Risenhoover. Following his graduation from Stigler High School in 1952, young "Ted" Risenhoover worked for Western Electric for three years before enlisting in the U.S. Air Force for an eight-year stint. While in the military, he studied government and economics at the University of Alabama. With his discharge from the service in 1963, he returned to Oklahoma. Two years later he received a bachelor's degree in business administration from Northeastern State College in Tahlequah.

Before his college graduation, he became involved with the Pictorial Press, a small weekly newspaper in Tahlequah. Within a few years he had reorganized this paper and had also purchased the Tahlequah Star-Citizen. Known for his crime-fighting efforts, he charged that organized crime had infiltrated northeastern Oklahoma. The newspaperman experienced this lawlessness firsthand when the Pictorial Press was bombed. For his efforts against crime, he was named to the Oklahoma Crime Commission and served from 1970 to 1974.

Although he had never held an elected public office, Risenhoover decided to run for Oklahoma's Second District seat in the U.S. House of Representatives in 1974. A Democrat, he easily defeated his Republican opponent. In 1976 he was reelected. During his two terms he served on various committees, including Education and Labor, Interior and Insular Affairs, District of Columbia, and Public Works and Transportation. He also was a member of the Select Committee on Aging.

An intense, outspoken person, he was perhaps his own worst enemy. While opponents criticized his "shoot-from-the-hip" statements, the congressman paid them little heed and maintained his position as a fighter of federal bureaucracy and a proponent of small business. In addition, because he and his wife had divorced at the time of his first election, rumors soon circulated about his social life. He was married and divorced three times. He was the father of a son and a daughter.

In 1978 Risenhoover failed to win his party's renomination. Following his defeat by Mike Synar, he remained in Washington and worked at the Pentagon and later for the doorkeeper of the House of Representatives. He returned to Oklahoma in the early 1980s. Although he sold his newspaper business, he remained in northeastern Oklahoma and held a variety of jobs. Risenhoover died on September 10, 2006, in Claremore.

The following (as per The Chicago Manual of Style, 17th edition) is the preferred citation for articles:
Carolyn G. Hanneman, “Risenhoover, Theodore Marshall,” The Encyclopedia of Oklahoma History and Culture, https://www.okhistory.org/publications/enc/entry.php?entry=RI011.