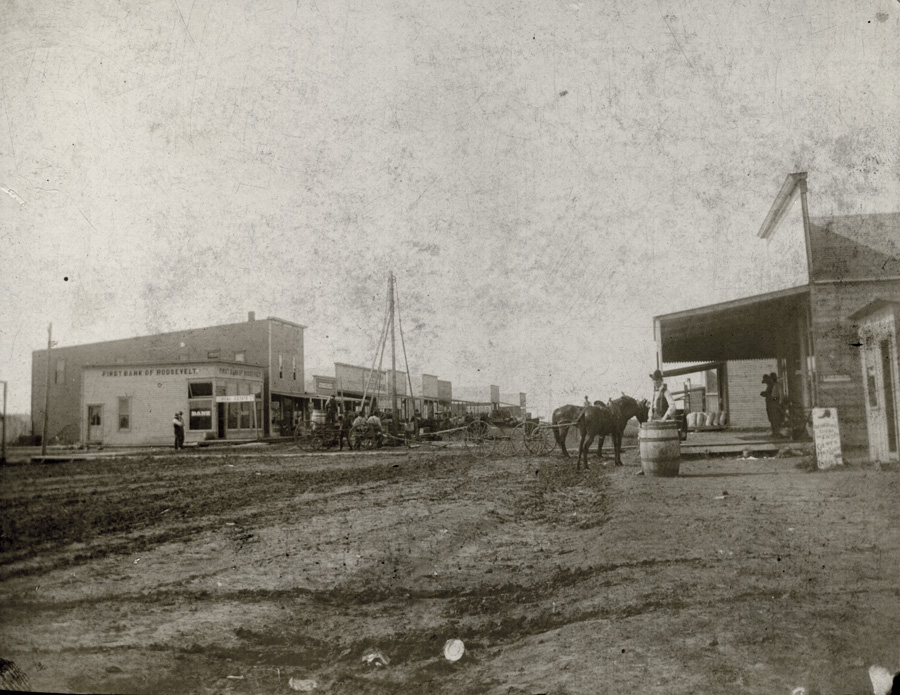 Located in Kiowa County, the community of Roosevelt lies on U.S. Highway 183, thirteen miles south of Hobart and fourteen miles north of Snyder. The town began as Parkersburg, and at the turn of the twenty-first century serviced by the Grainbelt Corporation (GNBC) short-line railroad, a Farmrail System, Inc., affiliate in Clinton, Oklahoma.

The Roosevelt townsite was planned by the Parkersburg Development Company before the opening of the Kiowa, Comanche, and Apache Reservation in 1901. As another Parkersburg existed southwest of present Clinton in Washita County, that name could not be used as a post office designation. Charley Hunter, a townsite organizer, had been a Rough Rider with Theodore Roosevelt during the Spanish-American War. Hunter admired Roosevelt and named the settlement in his honor. The Roosevelt post office was established on October 31, 1901. President Roosevelt visited Roosevelt, Oklahoma, in 1903, providing a highlight for area residents.

The following (as per The Chicago Manual of Style, 17th edition) is the preferred citation for articles:
Ethel Crisp Taylor, “Roosevelt,” The Encyclopedia of Oklahoma History and Culture, https://www.okhistory.org/publications/enc/entry.php?entry=RO025.