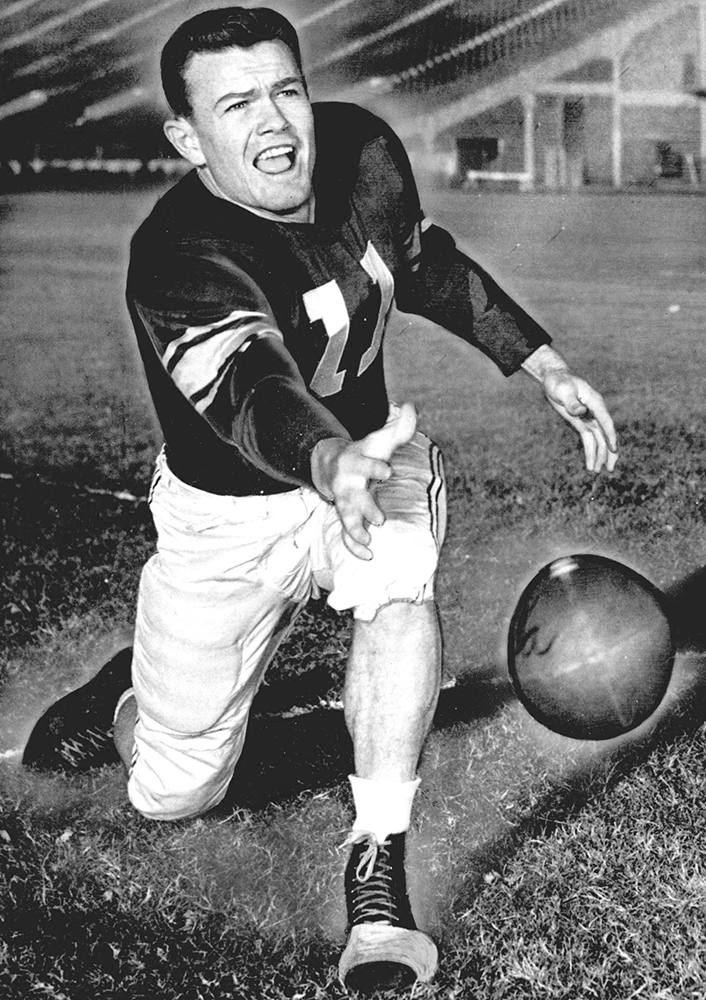 Darrell K. Royal, born in Hollis, Oklahoma, on July 6, 1924, helped Coach Bud Wilkinson build the post–World War II University of Oklahoma (OU) Sooners football dynasty, and later went south of the Red River to build his own dynasty with the University of Texas Longhorns. He coached Texas to twenty consecutive winning seasons, including sixteen bowl appearances, three national championships, and six consecutive Southwest Conference titles. His teams were undefeated twice and won eight bowl games among ten appearances in the Cotton Bowl, three in the Astro-Bluebonnet Bowl, and one each in the Orange, Sugar, and Gator bowls.

Royal joined the Sooners as a player in 1946 and became an All-American quarterback. He also played defensive back and was a punter in 1948, when the Sooners went undefeated and beat Louisiana State 35–0 in the Sugar Bowl. His ninety-six-yard punt return remains an OU record, and the Sooners earned a 36–6–1 record during his four years as a player.

The following (as per The Chicago Manual of Style, 17th edition) is the preferred citation for articles:
Max Nichols, “Royal, Darrell K.,” The Encyclopedia of Oklahoma History and Culture, https://www.okhistory.org/publications/enc/entry.php?entry=RO039.