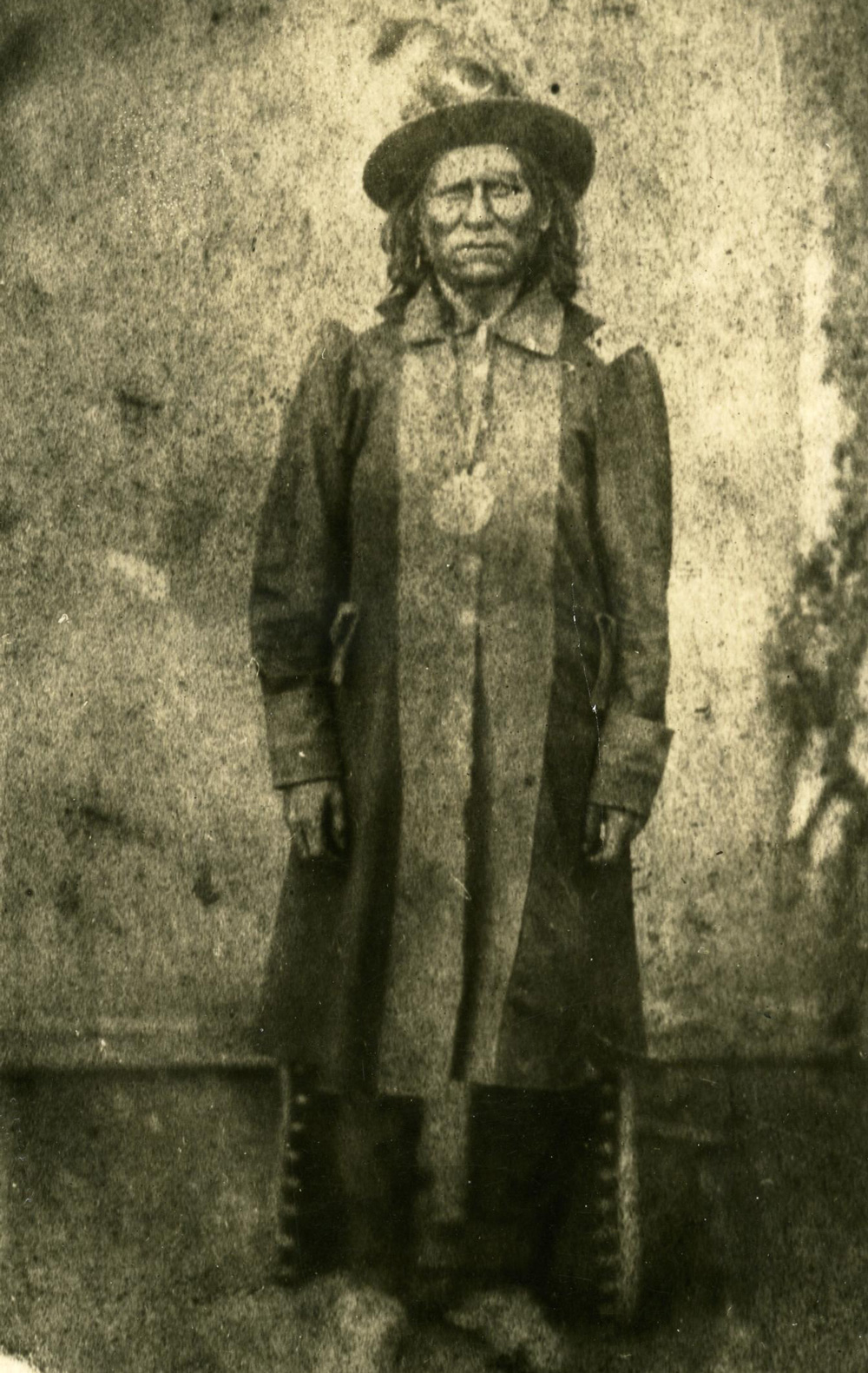 A Kiowa war chief, Satanta (Set'tainte, White Bear) was probably born circa 1819 on the southern Great Plains. An imposing figure, he was a renowned warrior and member of the Koitsenko soldier society. He emerged as a leader prior to 1850 and signed the Little Arkansas Treaty in 1865. A skilled orator, he rivaled Kicking Bird and Lone Wolf for tribal authority following the death of Dohasan in 1866. Satanta represented the Kiowa at the Medicine Lodge Treaty council in 1867. Despite the acceptance of a reservation in Indian Territory, Kiowa hostilities continued. After the Battle of the Washita in November 1868, Lt. Col. George A. Custer held Satanta captive until the Kiowa had encamped peacefully at Fort Cobb.

In May 1871 Satanta participated in a wagon train attack in Young County, Texas. He, Satank, and Big Tree were arrested after Satanta bragged of the incident to agent Lawrie Tatum at Fort Sill. Ordered to Jacksboro, Texas, to stand trial, Satanta was convicted of murder and sentenced to hang. His sentence was commuted to life imprisonment, and he was transferred to the Texas State Penitentiary at Huntsville. He was eventually returned to Fort Sill, and he remained there until paroled in October 1873. Although Satanta's role during the Red River War is uncertain, his parole stipulated Kiowa nonaggression. Therefore, he was apprehended in the fall of 1874 and returned to Huntsville. There he committed suicide on October 11, 1878. Buried at the prison, Satanta's remains were reinterred at Fort Sill in 1963.

Clarence Wharton, Satanta: The Great Chief of the Kiowas and His People (Dallas, Tex.: Banks Upshaw and Co., 1935).

The following (as per The Chicago Manual of Style, 17th edition) is the preferred citation for articles:
Jon D. May, “Satanta,” The Encyclopedia of Oklahoma History and Culture, https://www.okhistory.org/publications/enc/entry.php?entry=SA024.