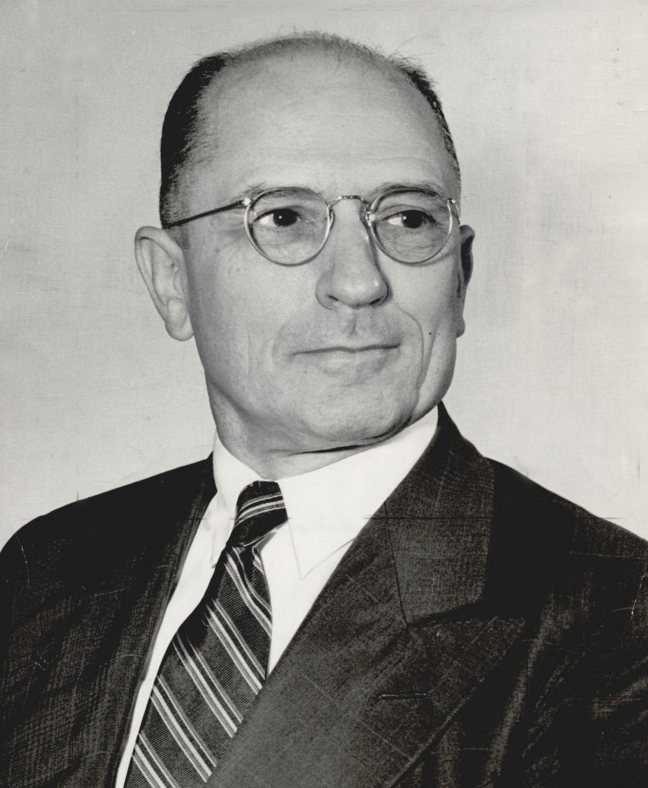 Born in Arthur, Vernon County, Missouri, on July 26, 1886, U.S. Rep. George Blaine Schwabe was the son of George W. and Emily Ellen Mose Schwabe. Educated in various Pettis County schools, the future congressman graduated from Sedalia (Missouri) High School in 1904. After receiving the LL.B. from the University of Missouri at Columbia in 1910, he practiced law in his home state. In 1911 he moved to Nowata, Oklahoma, where he continued his legal career until he moved to Tulsa in 1922.

A lifelong Republican, he played an important role in the political and civic affairs of Nowata, including service as mayor, city attorney, and vice president of the school board. Also during his time in Nowata, he married Jeannette Eadie Simpson in 1914. The Schwabes had five children.

In 1918 Schwabe was elected to the first of two successive terms as Nowata County's representative to the Oklahoma Legislature. During the second term he served as speaker of the Oklahoma House of Representatives, to date the only Republican to serve in this capacity. Following his stint as a state legislator he moved to Tulsa and practiced law. Although he held no elected offices, he remained an active member of the Republican Party. In 1939 Schwabe's wife died. Four years later, he married Barbara Yirsa McFarland, a widow and mother of a son.

In 1944 Schwabe made a successful campaign for the First District seat in the U.S. House of Representatives. Reelected in 1946, he was defeated in 1948. Two years later he regained the House seat. During his congressional career he served on various committees, including Indian Affairs, Mines and Mining, Patents, and Appropriations. In his first two terms he joined his brother Max, a congressman from Missouri's second district, to form the "brother team" of the House. A staunch conservative, the Oklahoma congressman opposed any program that he believed was a continuation of the New Deal. During his last congressional term Schwabe helped draft legislation placing regular income taxes on future presidents' salaries. On April 2, 1952, he unexpectedly died at his home in Alexandria, Virginia. He was interred in Memorial Park Cemetery in Tulsa.

George G. Humphreys, A Century to Remember: A Historical Perspective on the Oklahoma House of Representatives (Oklahoma City: Oklahoma Legislature, 2000).

The following (as per The Chicago Manual of Style, 17th edition) is the preferred citation for articles:
Carolyn G. Hanneman, “Schwabe, George Blaine,” The Encyclopedia of Oklahoma History and Culture, https://www.okhistory.org/publications/enc/entry.php?entry=SC006.