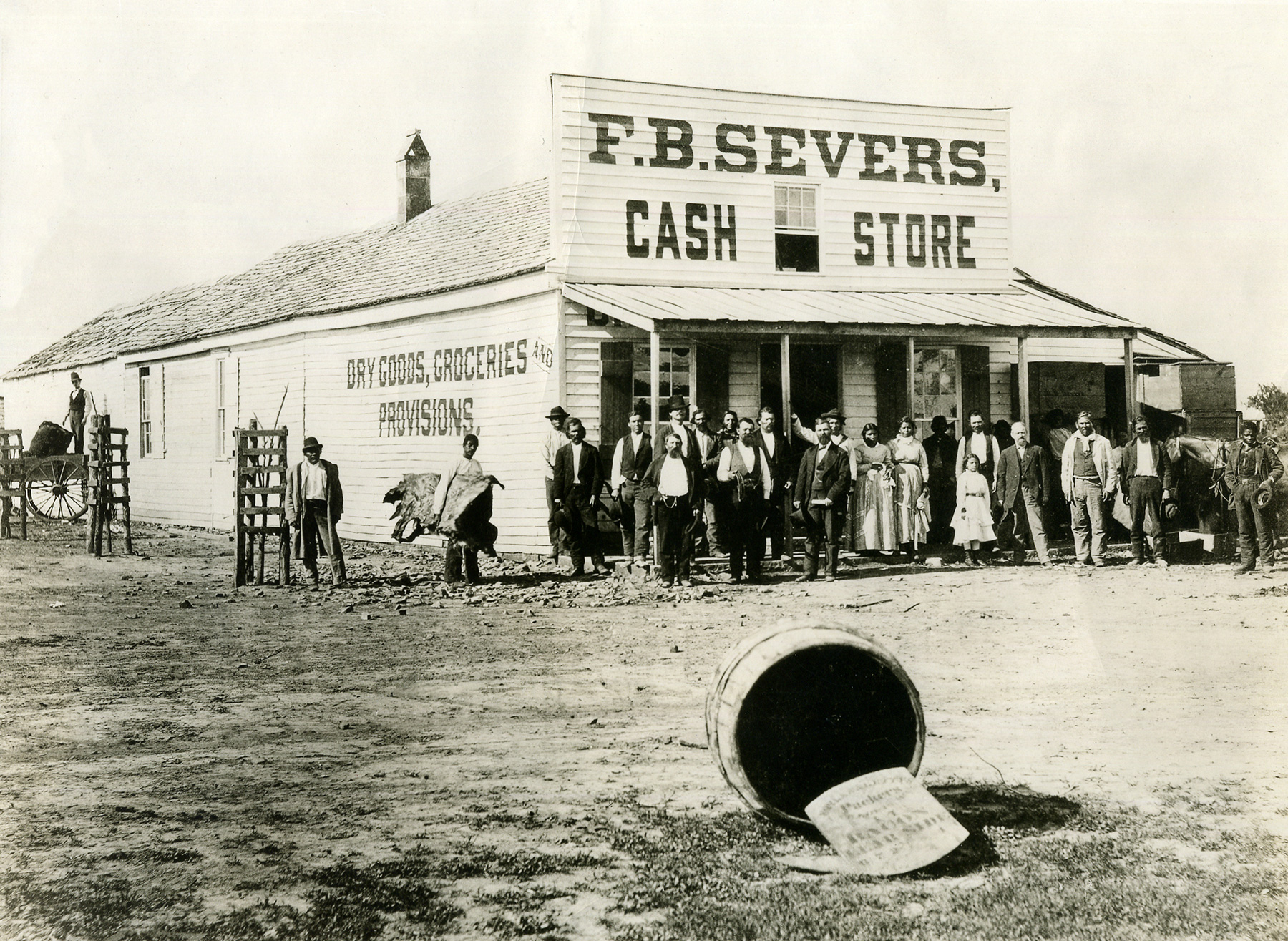 A prominent rancher and entrepreneur in Indian Territory, Frederick Severs was born in Washington County, Arkansas, on August 13, 1835, to Charles and Basima Ballard Severs. After completing two years at Cane Hill College in Arkansas, Frederick Severs worked in a general store at Fort Gibson, Indian Territory. He then taught at Concharty town and at the Asbury Manual Labor School, both in the Creek Nation. In the early 1860s he again engaged in the mercantile business. At the beginning of the Civil War he joined the Confederacy, serving in Samuel Checote's First Regiment of Creek Mounted Volunteers as a first lieutenant. When Checote was promoted to lieutenant colonel, Severs gained a captain designation, attaining the rank of major by the end of the war.

After the conflict Severs lived in Texas and Arkansas before returning to Indian Territory. There he opened his own mercantile store at Shieldsville in the Creek Nation. He accumulated wealth by trading for pecans gathered along the Arkansas River by Creeks and shipping the nuts to St. Louis in exchange for merchandise to stock his store. Beginning in 1867 he served as private secretary to Principal Chief Samuel Checote, a relationship that lasted thirteen years. Severs became one of the few white men granted citizenship into the Creek Nation. In 1868 he moved his business to Okmulgee and the next year married Creek citizen Annie Anderson. He was appointed as Okmulgee's first postmaster.

Building wealth in a variety of ways, he accumulated land and rented it out on a tenant or sharecropping basis. Acquiring cattle by barter trade, he soon owned a large herd and organized his FS Ranch between Okmulgee and Muskogee, leasing approximately fifteen square miles with Bald Hill near the center. At its peak the ranch reportedly ran as many as twenty-five thousand head of cattle a year. The family lived in a large house built inside a grove of trees. He also managed a 250-acre farm and kept a herd of horses. In 1884 Severs and other Creek citizens organized the Muskogee and Seminole Live Stock Association, electing Pleasant Porter as president.

In 1884 Severs moved to Muskogee, opening an additional store and organizing the Muskogee Roller Milling Company. The ranch house, which the family called Pecan Grove, became their country estate and constricted to four thousand acres by 1912. He helped develop Okmulgee and Muskogee by constructing many of the business buildings, and he built and assisted in organizing the First National Bank of Muskogee. "Captain" Frederick Severs, as he was known at the turn of the twentieth century, died on April 23, 1912, just months before the completion of his last large project, the Severs Hotel in Muskogee. At the time worth an estimated $1 million, Severs spent more than $250,000 to build the hotel, one of the era's finest. In 1982 the Severs Hotel (NR 82003691) was listed in the National Register of Historic Places.

The following (as per The Chicago Manual of Style, 17th edition) is the preferred citation for articles:
Larry O'Dell, “Severs, Frederick Ballard,” The Encyclopedia of Oklahoma History and Culture, https://www.okhistory.org/publications/enc/entry.php?entry=SE027.