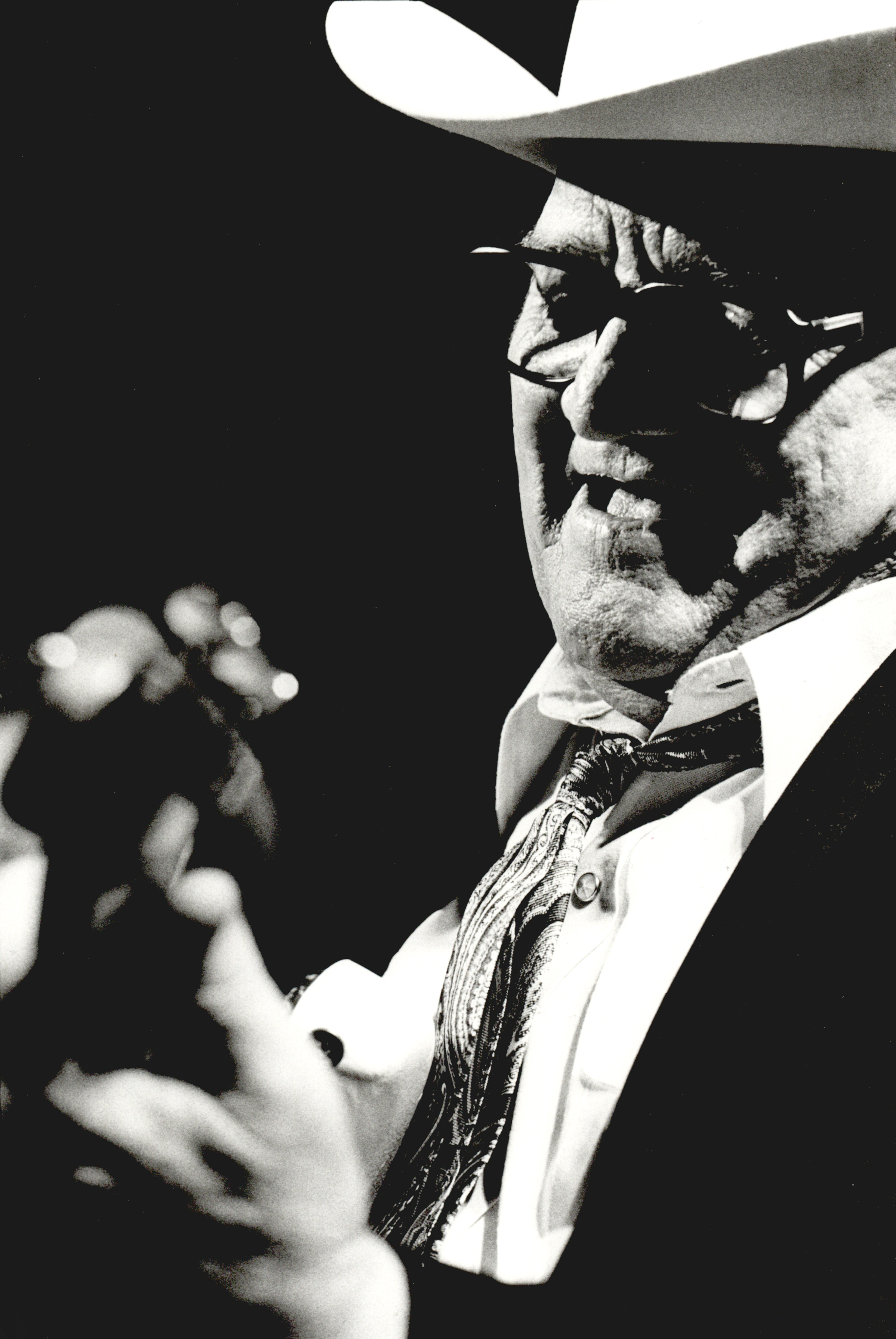 One of America's most influential rhythm guitarists, Eldon Shamblin created the sound that is often called "Texas swing guitar," although he spent most of his life in Oklahoma. His rhythm sounds are heard wherever the swing guitar is played. He was born on April 24, 1916, in Weatherford, Oklahoma, and as a self-taught musician during the Great Depression he moved to Oklahoma City to make a meager subsistence with his singing and playing. He worked the Oklahoma City bars until 1935 when he encountered the musicians who became the original Alabama Boys in Tulsa. They hired him as their vocalist, but since he preferred not to sing, he worked at perfecting a distinctive guitar sound.

In November 1937 Bob Wills coaxed Eldon Shamblin into joining the Texas Playboys, and in 1941 while recording "Take Me Back to Tulsa," Wills told Shamblin, "I want you to put a lot of runs in this." From that time on, Shamblin played a strong running bass line, a constantly moving rhythm voice. He also excelled at playing lead guitar.

After the Western-swing era ended, Shamblin worked for Hoyle Nix in Big Spring, Texas, before returning to Tulsa. There Shamblin tuned pianos and repaired electric organs for his primary living. In the 1970s and 1980s he toured and recorded with Merle Haggard and also played as a member of the Original Texas Playboys. Shamblin worked recording sessions with younger musicians and is heard on the 1993 Grammy Award–winning number "Red Wing," performed by Asleep At The Wheel. Eldon Shamblin died in Tulsa on August 5, 1998.

The following (as per The Chicago Manual of Style, 17th edition) is the preferred citation for articles:
Guy Logsdon, “Shamblin, Estel "Eldon",” The Encyclopedia of Oklahoma History and Culture, https://www.okhistory.org/publications/enc/entry.php?entry=SH004.