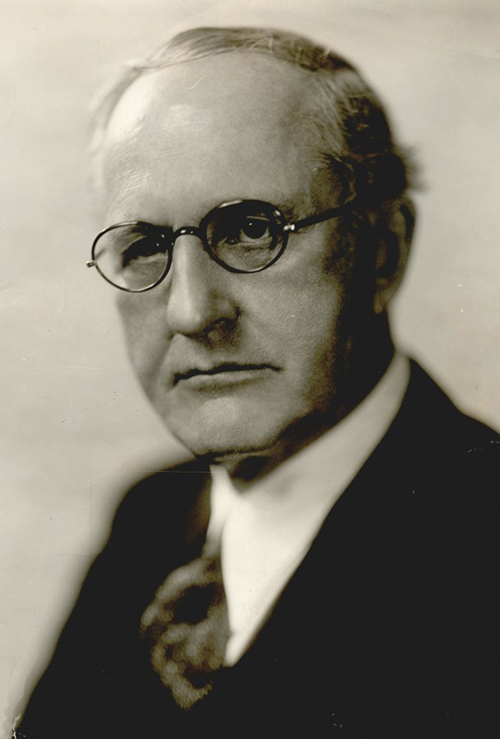 A tall, distinguished teacher, banker, and lawyer, born July 4, 1871, in Salem, Nebraska, John Andrew Simpson graduated from the University of Kansas before migrating to Oklahoma Territory to become a farmer. In 1901 he turned to business and politics, becoming a banker at Weatherford and serving one term in the Oklahoma House of Representatives in 1914. Returning home, he and neighboring farmer, Zeddie A. Lawter, joined the Oklahoma Farmers' Union. Two years later Simpson was chosen president of the faltering organization, and Lawter became secretary-treasurer. Simpson held the presidency until 1930; Lawter remained in his position until 1958.

Simpson recruited Oklahoma farmers by the thousands, basing his meetings on devotion to the family farmer, the union, and Christianity. Despite his opposition to World War I as a capitalist conspiracy, he won support for his outspoken speeches favoring a union for farmers, becoming known as its militant voice. After the war he devoted his energies to organizing cooperatives around the state. During his presidency more than 110 were established, including the Farmers' Union Exchange at Anadarko and the Farmers' Union Cooperative Exchange at Binger. His other accomplishments included establishing the Farmers' Union Insurance Company and the Oklahoma Union Farmer as the official state newspaper for the union. Under his direction the Oklahoma Farmers' Union became the largest state organization in the nation. In 1930 he was elected national president.

Simpson's reputation made him a possible choice for secretary of agriculture under Franklin D. Roosevelt in 1932, but his philosophical opposition to the domestic allotment plan to achieve parity for farmers by curtailing production cost him the appointment. Becoming bitterly anti–New Deal, Simpson became an ally of Huey P. Long and Father Charles Coughlin. After suffering a heart attack on March 15, 1934, Simpson died in Washington, D.C. He was given a state funeral in Oklahoma City.

The following (as per The Chicago Manual of Style, 17th edition) is the preferred citation for articles:
James C. Milligan, “Simpson, John Andrew,” The Encyclopedia of Oklahoma History and Culture, https://www.okhistory.org/publications/enc/entry?entry=SI005.