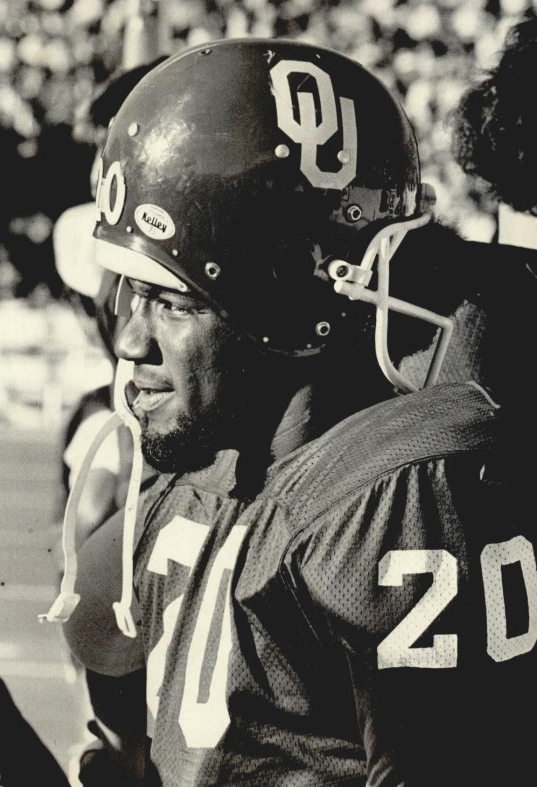 Born on September 18, 1955, in St. Louis, Missouri, Billy Ray Sims spent the early years of his life in a rough St. Louis neighborhood. When he finished the eighth grade, he left St. Louis and moved to Hooks, Texas, to live with his grandmother. By the end of his senior year in high school he was one of the most heavily recruited athletes in the nation. After graduation he enrolled at the University of Oklahoma.

Sims received playing time as a freshman in 1975. However, ankle injuries slowed his progress and ultimately resulted in a medical redshirt for the 1976 season. By the 1978 season he was physically ready to play football. His athletic accomplishments that year gained him national attention and made him the leading candidate for the Heisman Trophy. In the sixth game he carried the football thirty times for 192 yards; he followed this with three straight two-hundred-yard games. He finished the season with 1,762 rushing yards and the Heisman Trophy. He was selected as a football All-American and won the Walter Camp Trophy and the Davy O'Brien Award, both of which honor collegiate football's player of the year.

At the beginning of the 1979 football season he was the favorite to win a second Heisman Trophy. While Sims started the season slowly, Charles White of the University of Southern California was having a banner year. Sims rushed for 1,506 yards in 1979, but 529 of them came in the last two regular-season games against Missouri and Nebraska. By this late in the season most of the ballots for the Heisman were cast, and White collected the trophy. Sims finished his career at Oklahoma as a two-time All-American; the Sooners finished season with a 24 to 7 Orange Bowl victory over Florida State.

With the first selection in the 1980 National Football League (NFL) draft, the Detroit Lions selected Sims, making him the second Heisman Trophy-winning running back from Oklahoma to join their organization. In the NFL he became an immediate success, rushing for 1,303 yards in his first season. This performance led to his unanimous selection as 1980 Rookie of the Year. Moreover, his performance transformed the Lions from the worst team in the NFL (two wins and fourteen losses) in 1979 to a playoff team in 1980. His professional football career was cut short in the eighth week of the 1984 season when he sustained a serious knee injury. In four and a half seasons of professional football, Billy Sims gained 5,106 yards. He was elected to the Oklahoma Hall of Fame in 1994 and to the College Football Hall of Fame in 1995.

The following (as per The Chicago Manual of Style, 17th edition) is the preferred citation for articles:
Jeff Long, “Sims, Billy Ray,” The Encyclopedia of Oklahoma History and Culture, https://www.okhistory.org/publications/enc/entry?entry=SI006.