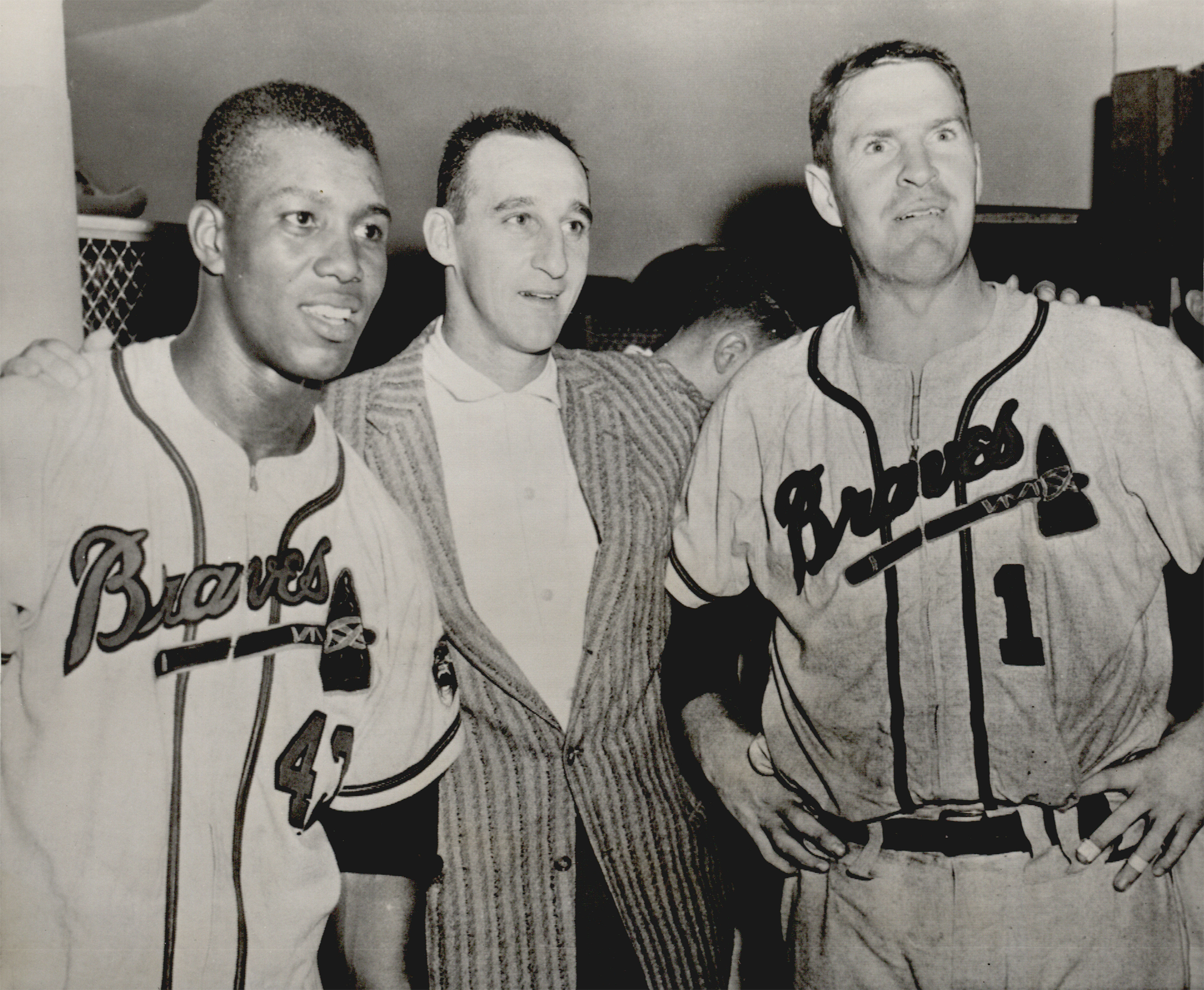 An Oklahoma resident since his retirement, Warren Edward Spahn was the most successful left-handed pitcher in baseball history with 363 victories over twenty-one years. Born in New York on April 23, 1921, Spahn has a place in the folklore of major league baseball. During the final weeks of the 1948 National League pennant race, Spahn and right-hander Johnny Sain were asked to pitch every three days for the Boston Braves. That inspired a baseball reporter to write, "Warren Spahn and Johnny Sain, and then, Oh Lord, a day of rain." The Braves won the pennant, and "Spahn, Sain, and Rain" became part of baseball's legends. Spahn went on to win more than twenty games in thirteen seasons, including including six years in a row. He pitched four no-hitters between 1956 and 1961. He won the Cy Young Award in 1957. He was inducted into the National Baseball Hall of Fame in 1973 and the Oklahoma Sports Hall of Fame.

Spahn grew up in Buffalo, New York, and pitched for the Boston Braves in 1942 before entering the U.S. Army. During the war he was stationed at Camp Gruber in eastern Oklahoma, where he met LoRene Southard, the woman he later married. He served with distinction and was part of a force that held the famous bridge over the Rhine River at Remagen.

He was discharged from the service, returned to his baseball career in summer 1946, and in August married LoRene, who had bought a ranch near Hartshorne, Oklahoma. He pitched for the Boston Braves, which became the Milwaukee Braves, leading them to the 1957 World Series championship. He pitched sixty-three shutouts and struck out 2,583 batters. He led the major leagues in victories eight times and in complete games nine times. He also set an all-time record of thirty-five home runs for a pitcher. He pitched for the San Francisco Giants in 1964 and for the New York Mets in 1965 before retiring to his ranch near Hartshorne. Warren Spahn died in Broken Arrow, Oklahoma, on November 24, 2003.

The Oklahoma Sports Hall of Fame now presents the annual Warren Spahn Award to the most outstanding left-hander in the major leagues.

The following (as per The Chicago Manual of Style, 17th edition) is the preferred citation for articles:
Max Nichols, “Spahn, Warren Edward,” The Encyclopedia of Oklahoma History and Culture, https://www.okhistory.org/publications/enc/entry.php?entry=SP001.