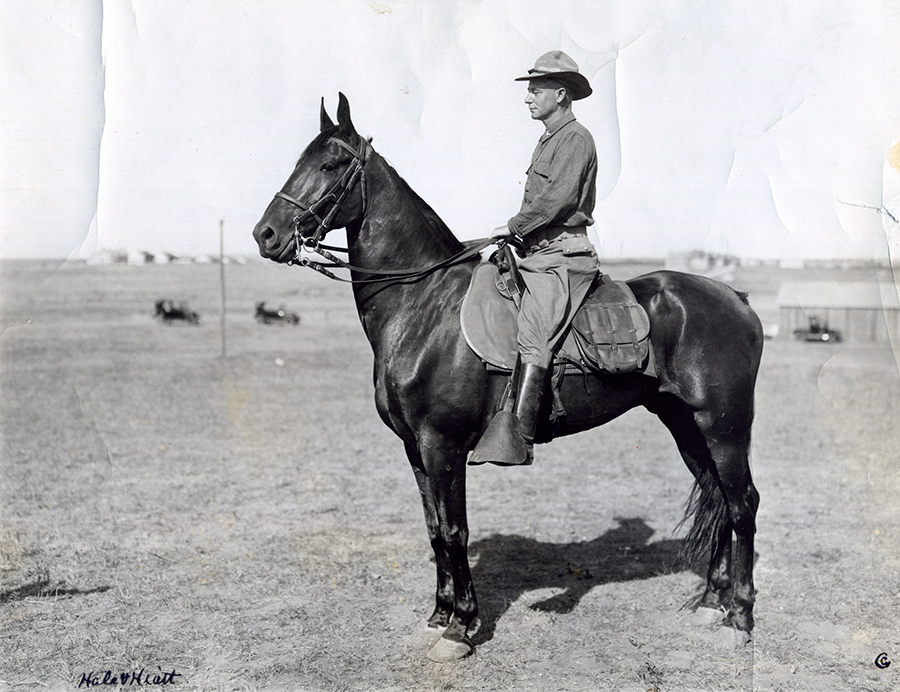 Oklahoma and Indian territories contributed 849 volunteers to the U.S. effort during the Spanish-American War. Two days before war was declared on April 25, 1898, a call for volunteers resulted in the formation of the First U.S. Volunteer Cavalry Regiment. More commonly known as the Rough Riders, the regiment consisted of twelve subdivisions, or troops. Troop D, organized in Oklahoma Territory, was led by Capt. Robert B. Huston. Troops L and M, raised in Indian Territory, were commanded, respectively, by Capts. Allyn K. Capron and Robert H. Bruce. Troops D and L were among the regiment's eight units sent to Cuba. Oklahoma's battlefield casualties for the war totaled seven Rough Riders killed and twenty-seven wounded.

The First Territorial Volunteer Infantry was organized in July 1898 following a second call for enlistments. Companies were formed in Guthrie, Kingfisher, Chandler, and Stillwater, Oklahoma Territory, and were designated the Oklahoma Battalion, Maj. John F. Stone of Kingfisher, commanding. Company captains included Roy Hoffman of Chandler and Harry C. Barnes, son of Oklahoma Territorial Gov. Cassius M. Barnes, of Guthrie. Indian Territory was represented by a company of recruits raised in Muskogee and placed under the command of Capt. Earl Edmondson. It was later designated Company D, First Battalion.

The Oklahoma companies gathered at Fort Reno, Oklahoma Territory, before traveling to Camp Hamilton, Kentucky, where they joined volunteers from Arizona and New Mexico territories in completing the regiment. Never seeing combat, the regiment remained in service after the war's conclusion in August 1898. Transferred to Camp Churchman near Albany, Georgia, the regiment was discharged in February 1899. It should be noted that during the Spanish-American War residents of both territories also served as U.S. Army regulars and joined volunteer units in other states.

The following (as per The Chicago Manual of Style, 17th edition) is the preferred citation for articles:
Jon D. May, “Spanish-American War,” The Encyclopedia of Oklahoma History and Culture, https://www.okhistory.org/publications/enc/entry?entry=SP002.