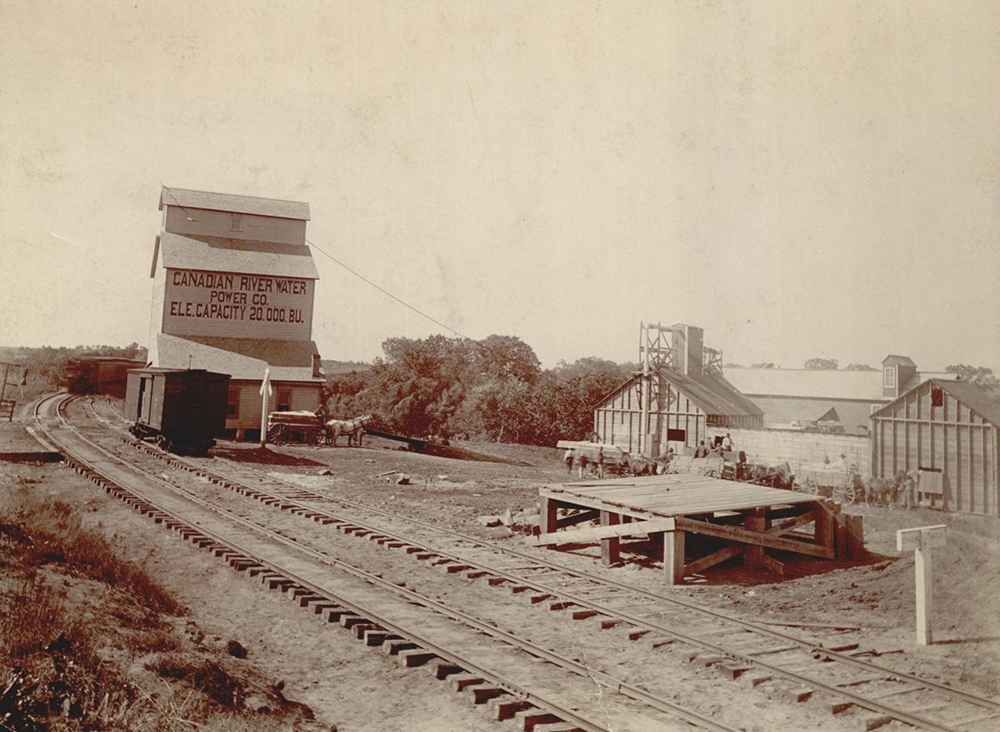 Located in Oklahoma County, Spencer is nine miles northeast of Oklahoma City, and a part of that metropolitan area, and three miles north of U.S. Highway 62. Spencer was one of the earliest towns in a region that was opened to settlement in the Land Run of 1889 into the Unassigned Lands.

Spencer was developed in 1901 in Crutcho Township by Louis F. and Henry W. Kramer, early area settlers and businessmen of Oklahoma City. Originally from Spencer County, Indiana, they had come to Guthrie, Oklahoma Territory, in 1889 and had moved on to Oklahoma City. Louis Kramer built the city's first hotel, organized the Oklahoma City Mill Elevator Company, and constructed Sportsman's Park and racetrack. In company of several other Indiana capitalists, he acquired property east of the city near a milldam on the North Canadian River. The partners formed the Canadian River Water Power Company to develop a townsite there. The location lay near the St. Louis and San Francisco Railway line.

Crutcho Township was a fertile agricultural area within the flood plain of the North Canadian River. Local farmers grew wheat, some of which had been sent to Chicago for the World's Columbian Exposition in 1893 and won first place in the crop competition. The township's population in 1900 stood at 805 and in 1907 at 1,020. Kramer's company improved the dam, built a water-powered flouring mill and grain elevator, laid sidetracks to them, and obtained a postal designation called Spencer, after their Indiana home. A fifty-acre tract was surveyed into lots and sold.

After extensive promotion, by 1909 Spencer had grown to approximately 300, with 1,111 in the surrounding township. The populace supported six stores, a hotel, two churches, a public school, and a bank and enjoyed telephone service. Over the years the Spencer News and Spencer Star have informed the citizens. The population remained around 300 for several decades.

Spencer grew after World War II, as nearby industries such as General Motors Assembly Plant and Tinker Air Force Base offered employment. In 1948 an opportunity to obtain gas utility service created a movement that resulted in incorporation. A new post office building was constructed in that year. The 1960 census, Spencer's first, recorded 1,189 residents, and as Oklahoma City spread out around various suburban communities, Spencer's population tripled in the next decade, rising to 3,713, in 1970. After annexing several nearby housing additions in the 1960s and 1970s, Spencer peaked at 4,064 in 1980 and had 3,972 in 1990.

In the 1990s the residents supported fifteen retail businesses. The largest employer was Willow View Hospital. At the end of the twentieth century Spencer remained a residential suburb of 5.34 square miles generally lying between Twenty-third (U.S. Highway 62) and Sixty-first streets on the south and north and Midwest Boulevard and Post Road on the west and east. Oklahoma City borders the town on three sides and Midwest City on the south. The city maintained a statutory council-manager form of government. The Oklahoma City Independent School District provided education. Most wage earners worked in nearby parts of the Oklahoma City metropolitan area. The 2000 census recorded a population of 3,746, and the 2010 census found 3,912 residents.

The following (as per The Chicago Manual of Style, 17th edition) is the preferred citation for articles:
Dianna Everett, “Spencer,” The Encyclopedia of Oklahoma History and Culture, https://www.okhistory.org/publications/enc/entry.php?entry=SP009.