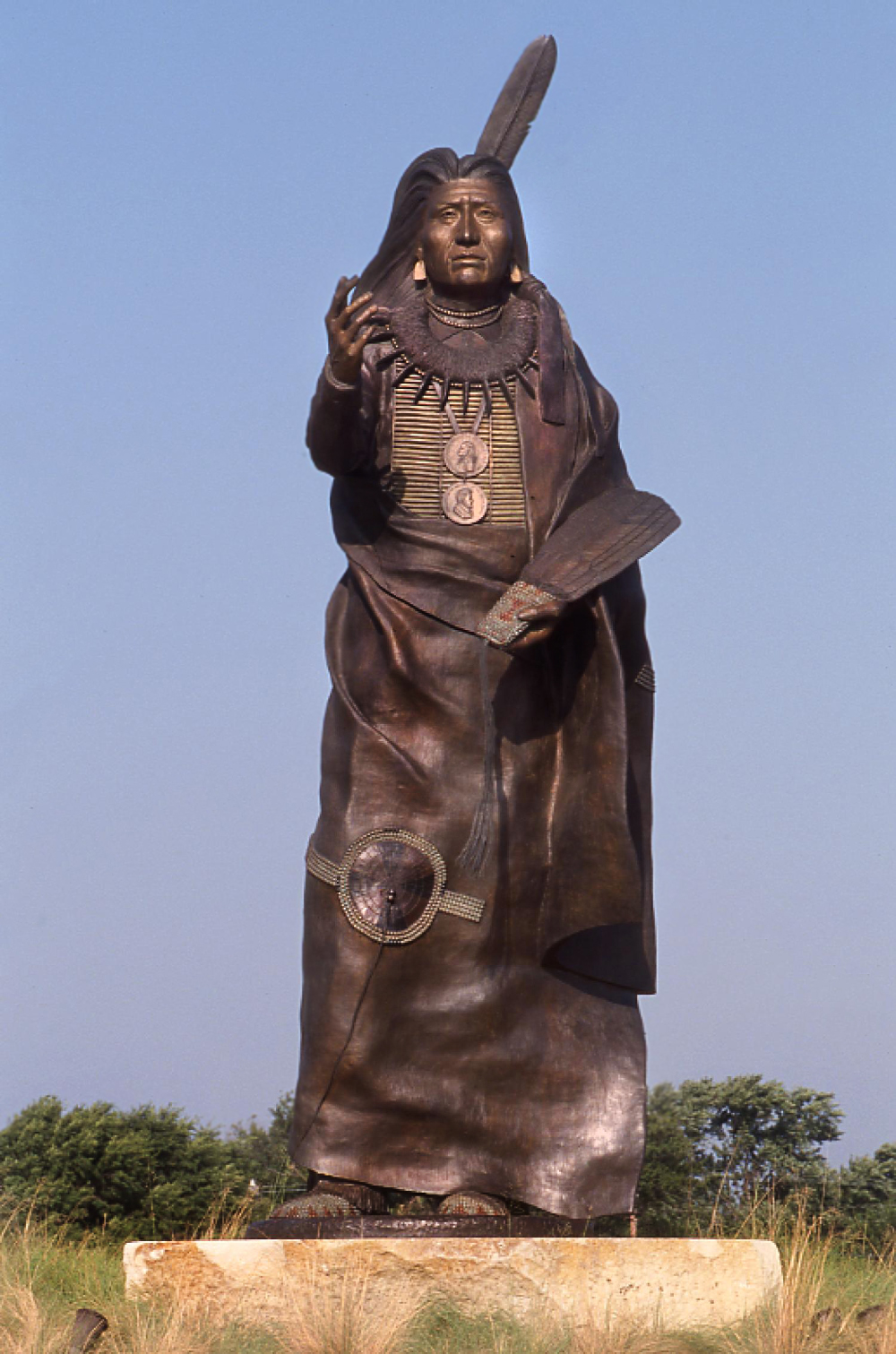 The legal battle of Ponca chief Standing Bear (Ma-chu-nah-zha) to remain in his homeland became a landmark civil rights case for American Indians. Standing Bear was born about 1829, probably in the Niobrara River Valley in present Nebraska. Little is known about his early life, but by the 1860s he had become a tribe leader. During the 1870s his people faced a desperate situation. Sandwiched between the expanding United States and the hostile Brule Lakota, the Ponca were removed by the federal government to the Indian Territory, present Oklahoma, in 1877.

The rigors and emotional trauma of their removal ravaged the Ponca. Perhaps as many as one-third of the tribe, including Standing Bear's son, soon perished. Wanting to bury his son in their ancestral homeland, Standing Bear and about thirty followers abandoned Indian Territory in January 1879. Captured by the army, they were incarcerated at Fort Omaha, Nebraska.

In late March and early April 1879 newspaper editor Thomas Henry Tibbles interviewed Standing Bear in detainment and published a story that grabbed the public's attention. Lawyers volunteered their services and filed a writ of habeas corpus to prevent Standing Bear and his people from being returned to Indian Territory. In Standing Bear v. Crook (1879), federal judge Elmer Dundy ruled in Standing Bear's favor, claiming that "an Indian is a person under the meaning of the law," and thus the federal government had no right to hold the Poncas.

Thereafter the tribe was divided. The majority Southern Ponca remained in Indian Territory. Standing Bear and his followers, however, returned to Nebraska and became the Northern Ponca. Standing Bear lived on an allotment until his death in September 1908. Dedicated in 1996, a twenty-two-foot-tall bronze statue of Standing Bear, by artist Oreland C. Joe, highlights the Chief Standing Bear Native American Memorial Park in Ponca City.

The following (as per The Chicago Manual of Style, 17th edition) is the preferred citation for articles:
Mark R. Ellis, “Standing Bear,” The Encyclopedia of Oklahoma History and Culture, https://www.okhistory.org/publications/enc/entry.php?entry=ST013.