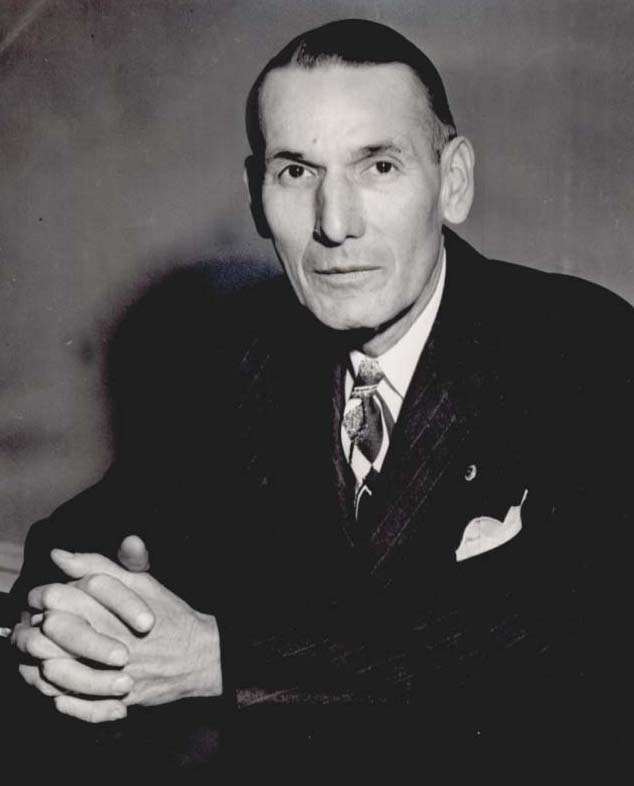 U.S. Rep. William G. "Bill" Stigler was born in Newman, Indian Territory, on July 7, 1891, the son of Joseph S. and Mary Jane Folsom Stigler. The name of the town was changed later to Stigler to honor his father, the first postmaster. The younger Stigler was one-quarter Choctaw and became an enrolled member of the tribe.

He received a teaching certificate from Northeastern State College in 1912. He studied law at the University of Oklahoma in 1915 but did not receive a degree. He also worked for the Oklahoma Department of the Interior. In 1917 he attended officers' training school and became a second lieutenant in the 357th Infantry of the Ninetieth Division. During World War I he fought in the battles of St. Mihiel and Meuse-Argonne. After the war he attended the University of Grenoble in France.

After returning to Oklahoma in 1920, Stigler was admitted to the bar, and he established a law practice in his hometown. From 1920 to 1924, he was the city attorney of Stigler and secretary of the Haskell County Democratic central committee. In 1924 voters elected him to the Oklahoma Senate, and he served two terms, from 1925 to 1932. In 1931 he was the president pro tempore. Shortly after entering the legislature, on June 7, 1925, he married Ona Beller. The couple had two daughters, Denyse and Elaine. From 1937 to 1944 Stigler was the national attorney of the Choctaw Nation.

In a special election on March 28, 1944, he was elected as a Democrat to the U.S. House of Representatives to fill the Second District vacancy caused by Jack Nichols's resignation. Stigler was sworn in on April 12 of that year and served in Congress until his death. He held seats on the following House standing committees: Claims, Flood Control, Indian Affairs, Roads, World War Veterans Legislation, Public Works, and Appropriations. He also sat on the Select Committee to Investigate Supplies and Shortages of Food, Particularly Meat. His major legislative interests concerned American Indians. He advocated federal aid for Indians, proper oversight of the Interior Department's disbursements to Indians, and adequate compensation of use of natural resources extracted from tribal lands. After several months of ill health Stigler died in his hometown on August 21, 1952. He was buried in Stigler Cemetery.

The following (as per The Chicago Manual of Style, 17th edition) is the preferred citation for articles:
Todd J. Kosmerick, “Stigler, William Grady,” The Encyclopedia of Oklahoma History and Culture, https://www.okhistory.org/publications/enc/entry.php?entry=ST036.