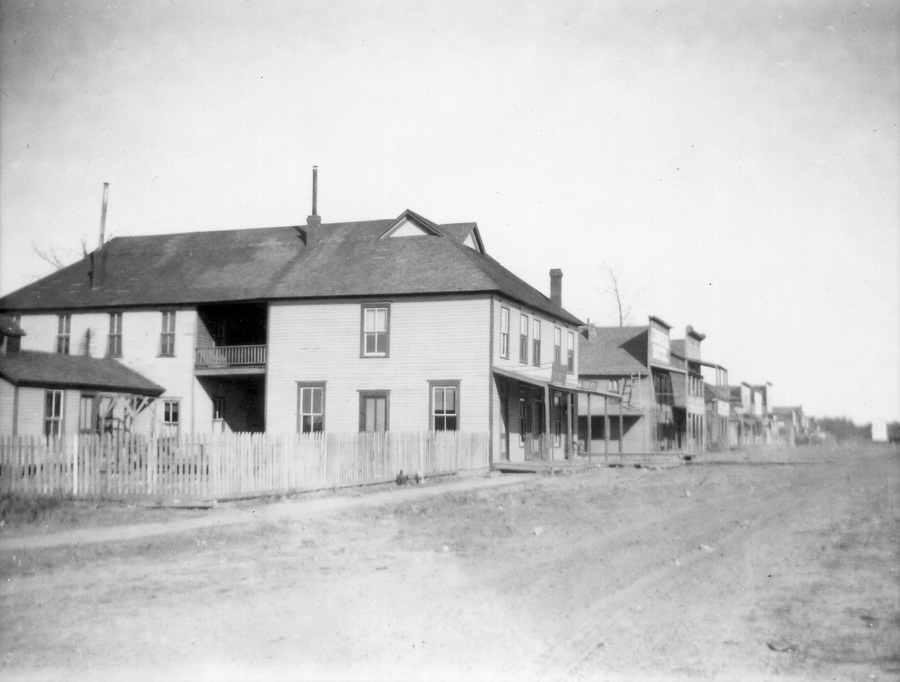 Stilwell, the county seat of Adair County, is located eight miles west of the Arkansas state line and twenty-three miles east of Tahlequah, capital of the Cherokee Nation. Intersecting in town are U.S. Highway 59 and State Highways 51 and 100. According to the 2000 census, Stilwell had a population of 3,276, a 23 percent increase over the 1990 count of 2,663.

Construction of the Kansas City, Pittsburg and Gulf Railway, later renamed the Kansas City Southern Railway, established the town. Preliminary plans had envisioned a railroad from Kansas City, Missouri, through western Arkansas to the Gulf of Mexico. The difficulty of laying tracks across the Boston Mountains influenced railroad owner Arthur Stilwell to reroute his line through Indian Territory (I.T.). The route bypassed Mays, I.T., home of the Cherokee Nation's Flint District Courthouse. In 1896 upon completion of the line, officials established a division point five miles north of Mays at the foot of Davis Mountain. This point became the site for a new town. Several merchants moved from Mays to the site, and lots were laid out on land purchased from Martha Johnson and Elizabeth Freeman.

On January 2, 1897, Stilwell, named for Arthur Stilwell, was incorporated. Three years later the population stood at 779. The first frame commercial buildings sprang up along the west side of the railroad on Front Street. In 1906 fire completely destroyed the business district. Entrepreneurs erected new stone and brick buildings along Division Street, which became the business district. Fletcher's Hardware, started by B. G. Fletcher at Mays and moved to the new town, remained the oldest business in Stilwell in 2001.

At 1907 statehood Going Snake and Flint districts of the Cherokee Nation combined to form the new county of Adair, named for prominent Cherokee citizen William Penn Adair. As early as 1901 the towns of Westville and Stilwell began a ten-year competition for the county seat. After three hotly contested elections Gov. Charles N. Haskell declared Stilwell the seat of Adair County on May 6, 1910. Stilwell had 948 and 1,039 citizens in 1907 and 1910, respectively. County records housed at Westville were moved to Stilwell. In 1920 workers completed a three-story, native-stone courthouse on Division Street, but on December 30, 1929, it burned. In January 1931 officials occupied a new granite, steel, and concrete courthouse. Population numbers increased to 1,155 in 1920 and 1,366 in 1930.

Owned by the descendants of George Harlan Starr for four generations, Starr Springs, two miles south of town at the headwaters of Sallisaw Creek, supplied water for Stilwell from 1911. The growth of industry required additional water, and in 1963 Carson Lake was constructed near Lyons community. Stilwell is the gateway to the Lake Tenkiller area via State Highway 100 and to the recreation facilities at nearby Adair State Park via State Highway 51.

Because the Cherokee government established schools in Indian Territory soon after the arrival of its citizens over the Trail of Tears, education has been a priority. In 2002 Stilwell Public Schools served more than fifteen hundred preschool to twelfth grade students. Indian Capital Technology Center offered technical education for high school students and adults.

Agriculture provided a foundation for a strong local economy. For almost one hundred years Stilwell was a farming community. However, from 1960 to 2000 many turned to ranching. During the Great Depression and World War II strawberries emerged as one of the major crops that flourished in the climate and flint rocks of Adair County. At one time locals cultivated more than two thousand acres. In 1948 the local Kiwanis Club decided to promote the strawberries' quality and organized the first Stilwell Strawberry Festival. This event succeeded beyond all expectations, and by the time of the second festival in 1949 the state legislature and governor designated Stilwell and Adair County as "the Strawberry Capital of the World." In 2002 an estimated forty thousand people attended. Although cultivated acreage has decreased, the strawberry is still king on the second Saturday in May.

Financial institutions and businesses helped diversify the town's economy. In 2000 three banks and several loan companies served the community. Major employers were Cherokee Nation Industries, Facet Manufacturing Company, Tyson Foods, and Mrs. Smith's Bakery/Stilwell Foods, which evolved from the meager beginning of the Stilwell Canning Company in 1942. The Kansas City Southern provides affordable shipping to area industries. Until 1969 four passenger trains per day provided transportation. On February 22, 1971, the depot was deeded to the city of Stilwell, and in 1999 the Adair County Historical and Genealogical Association leased the building as a restoration project.

The following (as per The Chicago Manual of Style, 17th edition) is the preferred citation for articles:
Betty Starr Barker, “Stilwell,” The Encyclopedia of Oklahoma History and Culture, https://www.okhistory.org/publications/enc/entry.php?entry=ST038.