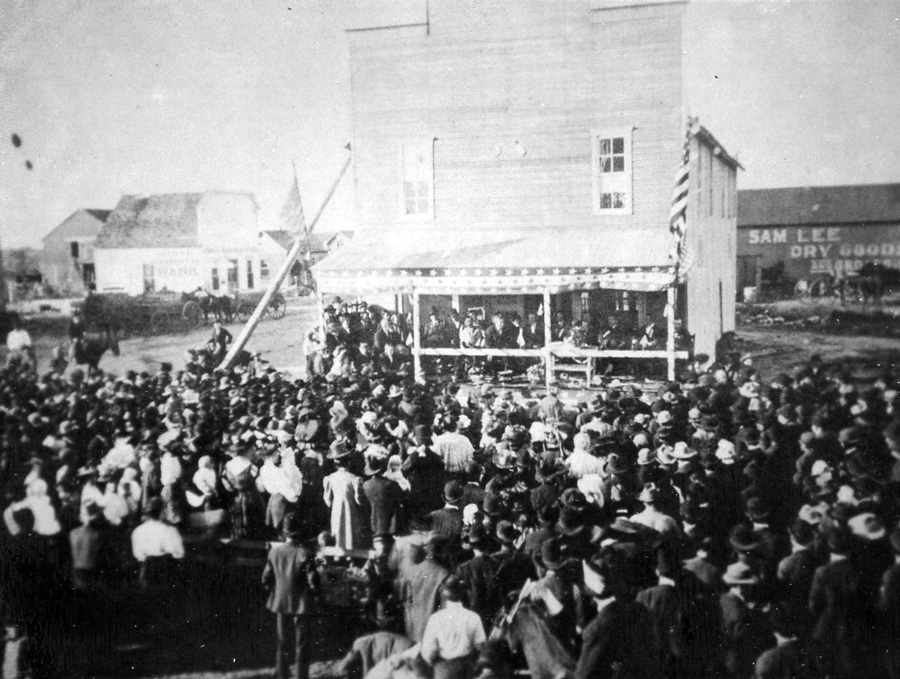 The town of Stratford is situated at the intersection of U.S. Highway 177 and State Highway 19, seventeen miles northeast of Pauls Valley and eighteen miles west of Ada in northeastern Garvin County. Stratford was a thriving community of 1,474 people in 2000.

Stratford's history dates to the days of the Chickasaw Nation, Indian Territory. In spring 1906 the Oklahoma Central Railway (acquired by the Atchison, Topeka and Santa Fe Railway in 1914) bypassed the settlement of McGee, which had been established in 1891. McGee residents then moved their community two miles south to the railroad. Originally called Walling, the new town's name was changed to Stratford in October 1906.

Stratford's downtown architecture is of interest to tourists. Its First National Bank Building (NR 01000659) is listed in the National Register of Historic Places. Also noteworthy to visitors is the annual Stratford Peach Festival and Rodeo in July. Stratford is the self-proclaimed "Peach Capital of the World," and area peach orchards in 2000 totaled more than four hundred acres. The peach festival was first held in 1976, and the three-day rodeo debuted in 1936.

During the early twenty-first century the Hart Tackle Company, manufacturers of fishing equipment, and Hard Times Beef Jerky were major Stratford employers. The town then had eight churches and a public library, and the local school district had an enrollment of 587 students. Stratford citizens support the Stratford Star newspaper, the Stratford Chamber of Commerce, the American Legion, and other active civic groups.

The following (as per The Chicago Manual of Style, 17th edition) is the preferred citation for articles:
Richard Duane Robinson, “Stratford,” The Encyclopedia of Oklahoma History and Culture, https://www.okhistory.org/publications/enc/entry.php?entry=ST045.