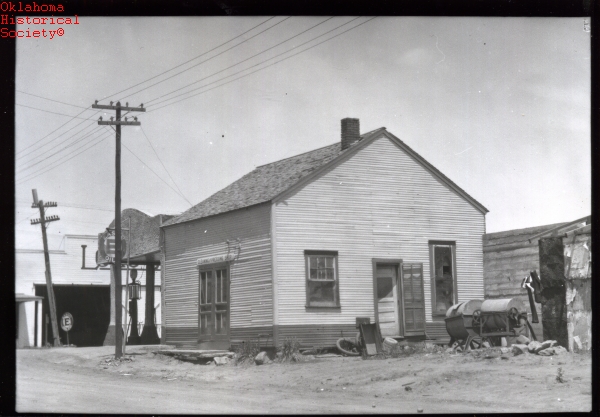 Swanson County had a turbulent history in its short life from August 13, 1910, to June 27, 1911. On May 2, 1910, an election was held in southern Kiowa and western Comanche counties regarding the formation of a county to serve that area's population. Overall, 60 percent of the voters favored creating a new county. However, the majority of Comanche County citizens had vetoed the issue. Snyder citizens in Kiowa County had solicited unregistered voters to gain a favorable vote for the new county. Gov. Charles N. Haskell accepted the total vote and issued a proclamation on August 13, 1910, calling for the creation of Swanson County (named for his friend, Gov. Claude Swanson of Virginia) and designating Mountain Park as the temporary county seat.

Despite the fact that feuding between Mountain Park and Snyder continued and a suit to dissolve the new county was filed by Comanche officials in the district court, county business proceeded. In November 1910 Swanson County voters elected James V. McClintic to represent them in the state legislature, and teachers formed a county teachers' association.

On March 7, 1911, Oklahoma's Supreme Court ruled that Mountain Park was the official county seat. Soon afterward, on June 27, 1911, it affirmed the district court's decision that Swanson County be dissolved, because in the May 1910 election the new county had not been approved by a majority of 60 percent in each of the two counties. The court ordered that the county records be moved to Hobart, Kiowa's county seat. With Swanson County's demise, Cotton County, formed from southern Comanche County in 1912, became Oklahoma's seventy-seventh county.

The following (as per The Chicago Manual of Style, 17th edition) is the preferred citation for articles:
Linda D. Wilson, “Swanson County,” The Encyclopedia of Oklahoma History and Culture, https://www.okhistory.org/publications/enc/entry.php?entry=SW002.