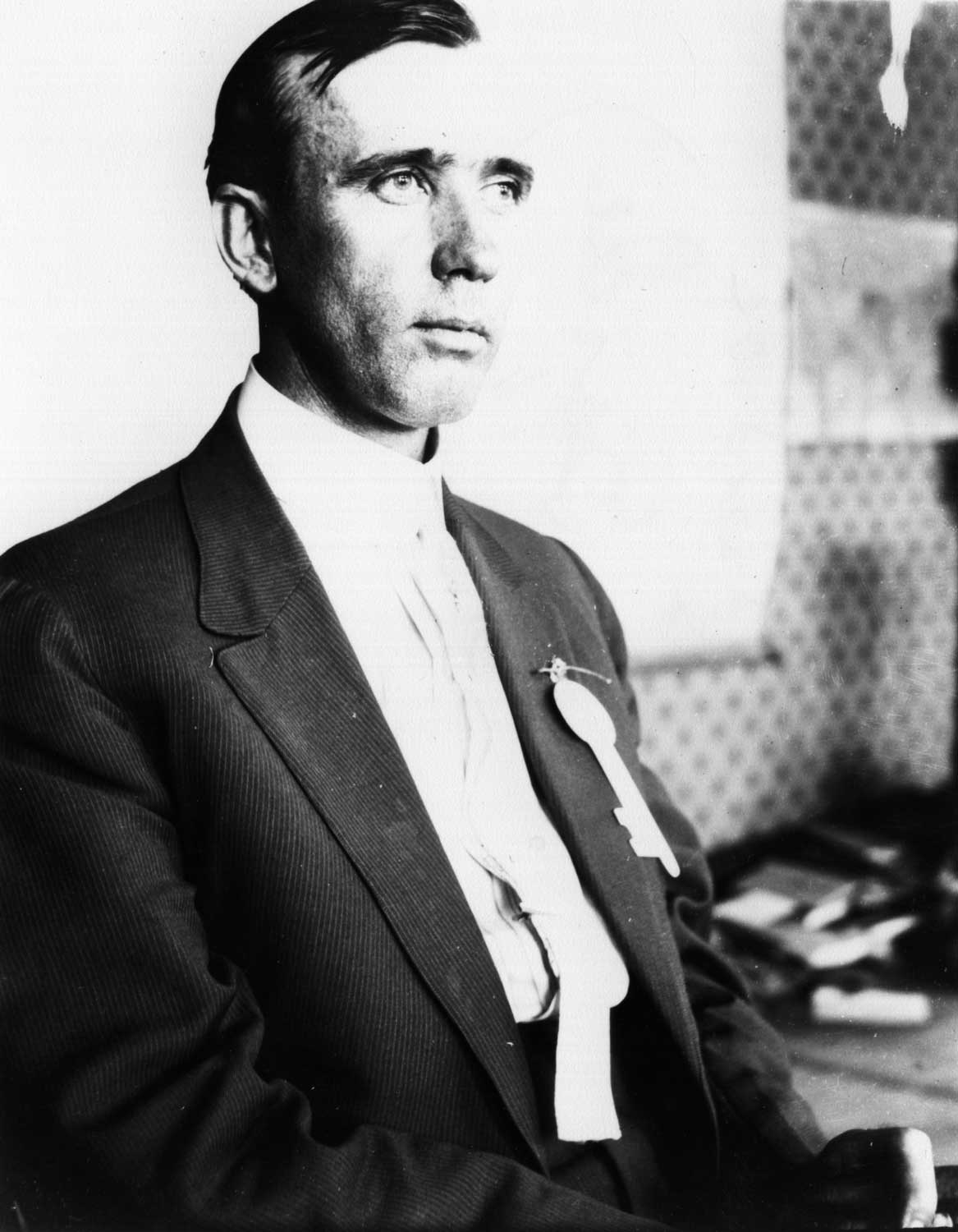 Considered one of Oklahoma's ablest and most colorful attorneys, U.S. Rep. Charles Swindall was born on February 13, 1876, near Terrell, Texas. He was the son of Jonathan W. and Mary Standley Swindall. Educated in the Terrell public schools, the future U.S. representative attended Vanderbilt University and graduated with an LL.B. from Cumberland University in 1897. That same year he opened a law office in Woodward, Oklahoma, but he soon moved to Day (later Ellis) County, serving as county attorney. By 1900 he had returned to Woodward, becoming known for his work with the Texas Cattle Raisers' Association. In a short time, he got convictions in thirty-three of thirty-five cattle rustling cases. Married in 1911 to Emma Endres, Swindall took an active part in Woodward political and social life. During World War I he almost gave up his legal practice to concentrate on Red Cross work.

A Republican, he served as a delegate to the 1916 Republican national convention and was a member of the Oklahoma State Republican Committee from 1919 to 1929. In November 1920 he was elected to the U.S. Congress from the Eighth District to fill the unexpired term of Rep. Dick T. Morgan, who had died while in office. During the remaining four-month term Swindall served on the Public Land Committee. Because Oklahoma law required that a candidate file for a primary fifty days before the election, he was unable to seek a full term in Congress.

Following his stint in Washington, he returned to Woodward. He made an unsuccessful attempt to regain the seat in 1922. In April 1924 he was appointed as a district judge of Oklahoma's Twentieth Judicial District and later elected to a four-year term. Believing that strict law enforcement was the only way to deter crime, he handed out severe penalties. In 1927 he became the first Oklahoma judge to sentence a person to death for committing a robbery with firearms. The sentence was later reduced to life in prison. In 1928 he was elected to a six-year term as a justice of the Oklahoma Supreme Court. In one of his most notable opinions, he declared that a law granting perpetual franchises to utility companies was unconstitutional. He asserted that lawmakers failed to protect Oklahomans from monopolies and trusts.

In 1934 the state election board refused to acknowledge him as the Republican candidate for reelection to the court, because he refused to support only Republican nominees. He believed each person had the right to decide the merits of a candidate regardless of his or her party affiliation. He thus excused himself as a justice and became a litigant in the case of Swindall v. State Election Board. He won a favorable decision guaranteeing the free exercise of the right of suffrage. Despite the court victory, voters defeated his reelection bid.

Swindall returned to private practice in Oklahoma City. In 1936 he made another unsuccessful bid for a seat in the U.S. Congress. On June 19, 1939, he died unexpectedly of a heart attack in Oklahoma City. He was interred in Memorial Park Cemetery.

The following (as per The Chicago Manual of Style, 17th edition) is the preferred citation for articles:
Carolyn G. Hanneman, “Swindall, Charles,” The Encyclopedia of Oklahoma History and Culture, https://www.okhistory.org/publications/enc/entry.php?entry=SW005.