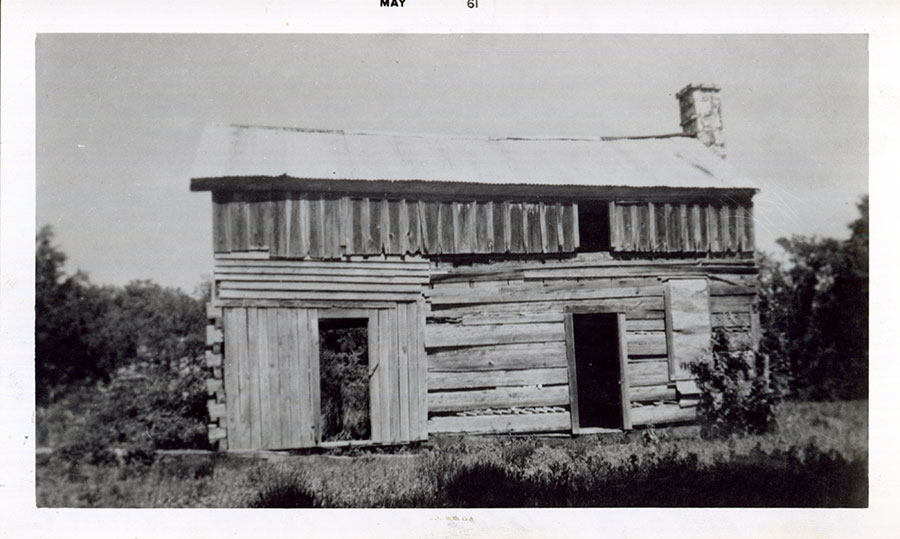 Swink is located in Choctaw County on U.S. Highway 70, three miles east of Fort Towson and six miles west of Valliant. In the late 1880s David Randall Swink, the town's founder, journeyed to the Choctaw Nation and married into the tribe. He settled on land about one-fourth mile west of the present location, and this became the first townsite. Non-Indian, permitted whites settled there, and they built a gin, two blacksmiths shops, and a store. The community became known as Swink. The land that it occupied was allotted to four-year-old Bert R. Swink, David's son. However, as a minor he could not give title to the land. Subsequently, residents used logs pulled by teams of horses to move the town's buildings east to David Swink's allotment, which was located adjacent to the newly constructed Arkansas and Choctaw Railroad (after 1907, the St. Louis and San Francisco Railway).

The town developed quickly after Swink subdivided the area, named the streets, and sold lots. The first postmaster, Jasper N. Thompson, was appointed on August 14, 1902. A one-room school building was moved to the new site; Curry Scott taught school at both places. Swink Public School eventually had eleven grades and at the beginning of the twentieth century was still in operation, housed in a 1922 brick building. By 1911 the town had an estimated population of 275, a gin and mill, three general stores, a barber, telephone connections, and a post office, with David Swink as postmaster.

In the years from 1907 statehood to the 1930s Swink had two cotton gins, a sawmill, various general mercantile stores, a bank, a drug store, and several doctors. After the town incorporated, the U.S. Census of 1920 officially credited it with 169 inhabitants, and the 1930 census counted 122. Early-day residents Wade and Leonard Stroud performed in Wild West shows and rodeos. Leonard and his wife, Mayme Saunders, joined the Ringling Brothers' Wild West Show, earning him a place in the Rodeo Historical Society Hall of Fame at the National Cowboy and Western Heritage Museum in Oklahoma City, and her a place in the National Cowgirl Hall of Fame in Fort Worth, Texas. Like many other Oklahoma towns, during and after the Great Depression and World War II Swink lost population, but it remained at approximately ninety residents through the last half of the century.

In 1994 the nonprofit Swink Historical Preservation Association (SHPA) was formed. The organization owns the District Choctaw Chief's House, home of the David Swink family, which is listed in the National Register of Historic Places (NR 71000660). A log house just north of the town is one of the oldest in the Choctaw Nation still on its original site. The SHPA obtained a federal grant to rehabilitate the building. Swink built its first community center/school gym from the same federal program. In 2002 the recently reincorporated town paved its streets for the first time. The 2000 census showed a population of eighty-three. Swink disincorporated on December 1, 2000, and no 2010 census figures were recorded.

The following (as per The Chicago Manual of Style, 17th edition) is the preferred citation for articles:
Lila Swink, “Swink,” The Encyclopedia of Oklahoma History and Culture, https://www.okhistory.org/publications/enc/entry.php?entry=SW007.