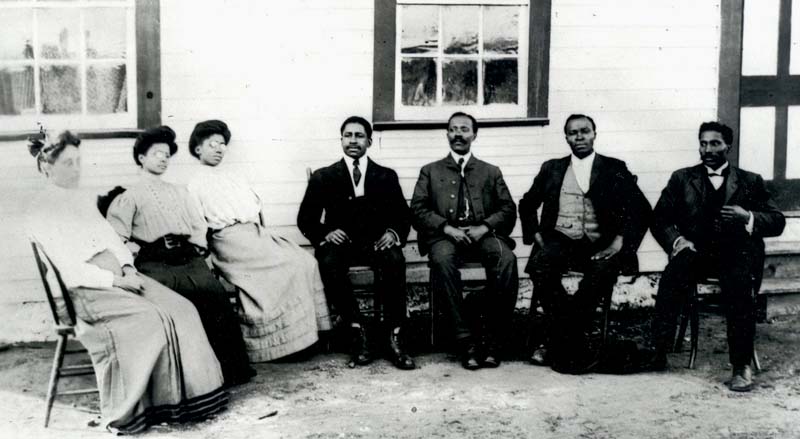 The All-Black town known as Taft started as the community of Twine, which had a post office by 1902. Taft, located eight miles west of Muskogee, in Muskogee County is one of more than fifty All-Black towns of Oklahoma and one of only thirteen still existing. The town name honored William H. Twine, a resident who moved away and edited the Muskogee Cimeter. In 1904 citizens named the town Taft in honor of then Secretary of War (later President) William Howard Taft. The settlement developed in the Creek Nation on land allotted to Creek freedmen.

Early in the town's history the citizens promoted their new community throughout the South. The Reaves Realty Company advertised Taft as the "fastest growing Colored community in Oklahoma." Taft had two newspapers, the Enterprise and the Tribune. The first mayor, Charlie Ford, owned Ford's Cotton Gin, and W. R. Grimmett operated a sawmill northwest of town. Before 1910 the community supported three general stores, one drugstore, a brickyard, a soda pop factory, a livery stable, a gristmill, a lumberyard, two hotels, a restaurant, a bank, and a funeral home.

Educational and state-agency facilities have always been important economic activities. Halochee Institute, founded in 1906, was the first of several educational institutes to locate there: W. T. Vernon School (1908), the Industrial Institute for the Deaf, Blind, and Orphans of the Colored Race (1909), Moton High School, and the State Training School for Negro Girls followed Halochee. In 1934 the Taft State Hospital for the Negro Insane was established. The state later placed two state penitentiaries in Taft: Dr. Eddie Warrior Correctional Center, for women, and Jess Dunn Correctional Center, for men.

The following (as per The Chicago Manual of Style, 17th edition) is the preferred citation for articles:
Larry O'Dell, “Taft,” The Encyclopedia of Oklahoma History and Culture, https://www.okhistory.org/publications/enc/entry.php?entry=TA001.