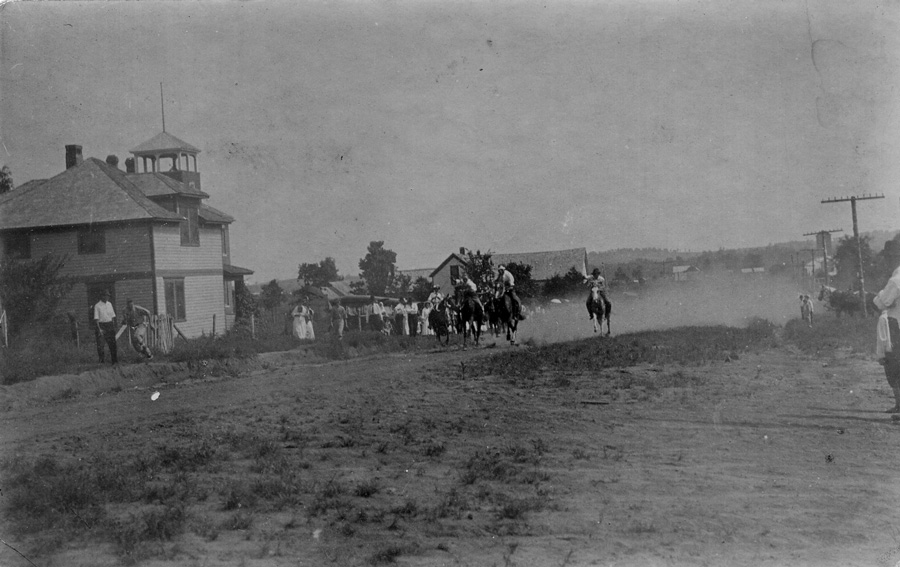 Located in the southeastern part of Pawnee County, Terlton is situated one and one-half miles south of U.S. Highway 412 (Cimarron Turnpike) on Terlton Road and County Road E0570. The community developed soon after the Cherokee Outlet Opening on September 16, 1893, and a post office was designated on November 30, 1894. Located along House Creek, Terlton was named in honor of Ira N. Terrell, a member of the first territorial legislature.

Terlton began as a trade center for the local farmers, who grew wheat and corn. Local residents were connected with outside markets after 1902–03 when the Arkansas Valley and Western Railway (later the St. Louis and San Francisco Railway) constructed a line from west Tulsa to Steen (north of Enid) that passed through Terlton. By 1909 the town offered a bank, a cotton gin, a mill, a blacksmith, and three liveries. During its early years the community supported a newspaper and three churches. Between 1914 and 1915 discoveries of oil and gas in the vicinity prompted the Prairie Oil and Gas Company to build two tank farms and to lay pipeline in the area. By 1919 the Mayfield Oil and Refining Company had an office in Terlton. At that time a bank and lumber company served the citizenry. One cotton gin and one oil refining company continued to operate into the 1930s. By the mid-1940s and 1950s Terlton had a grocery and a combination grocery store/gasoline station.

The following (as per The Chicago Manual of Style, 17th edition) is the preferred citation for articles:
Linda D. Wilson, “Terlton,” The Encyclopedia of Oklahoma History and Culture, https://www.okhistory.org/publications/enc/entry.php?entry=TE012.