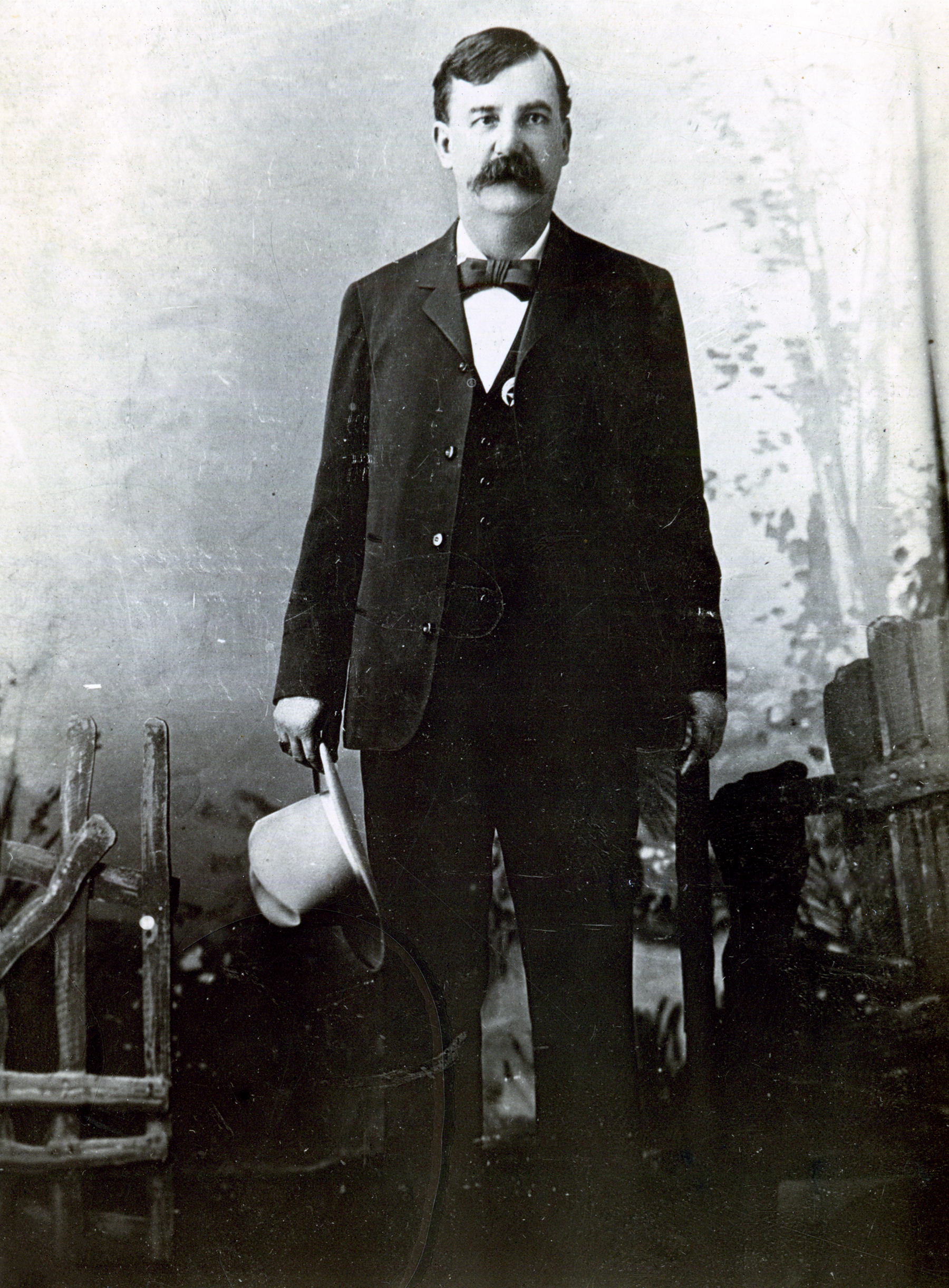 Lawman Henry Andrew "Heck" Thomas, the youngest of Lovick Pierce and Martha Ann Fullwood Bedell Thomas's twelve children, was born January 6, 1850, in Oxford, Georgia. At age twelve Heck Thomas served as a courier in the Confederate army and was present at the Second Battle of Bull Run.

By age eighteen Thomas was an Atlanta, Georgia, police officer. In 1871 he married Isabelle Gray, and they had five children: Henry, Belle, Albert, Mary Jo, and Lovick. The family moved to Texas, and Thomas secured employment as a messenger for the Texas Express Company and helped company detectives track the notorious Sam Bass gang.

By 1886 Thomas was a deputy U.S. marshal, serving Judge Isaac Parker and the Federal District Court of Western Arkansas. From 1886 to 1900 Thomas worked as a deputy marshal in the Oklahoma and Indian territories. Noted for his bravery, integrity, and fairness, he quickly became a legend.

In 1888 Isabelle, disgusted with the rough frontier life, moved with their children back to Georgia. The couple soon divorced. Thomas later married Mattie Mowbray, who bore him three children: Henry Hale (died in infancy), Harley, and Beth.

As a fugitive hunter Thomas had no equal. Of all the outlaws he brought to justice, Thomas was probably most noted for killing outlaw Bill Doolin in August 1896. He served as Lawton, Oklahoma's, first police chief for seven years before accepting another appointment as deputy marshal for the Western District of Oklahoma in 1910. Together with Bill Tilghman and Chris Madsen, Thomas did much to quell outlawry in prestatehood Oklahoma. This trio of legendary lawmen became known as Oklahoma's Three Guardsmen.

Thomas died of heart failure on August 14, 1912, in Lawton, Oklahoma, and was buried in Lawton's Highland Cemetery.

The following (as per The Chicago Manual of Style, 17th edition) is the preferred citation for articles:
Patrick Keen, “Thomas, Henry Andrew,” The Encyclopedia of Oklahoma History and Culture, https://www.okhistory.org/publications/enc/entry.php?entry=TH009.