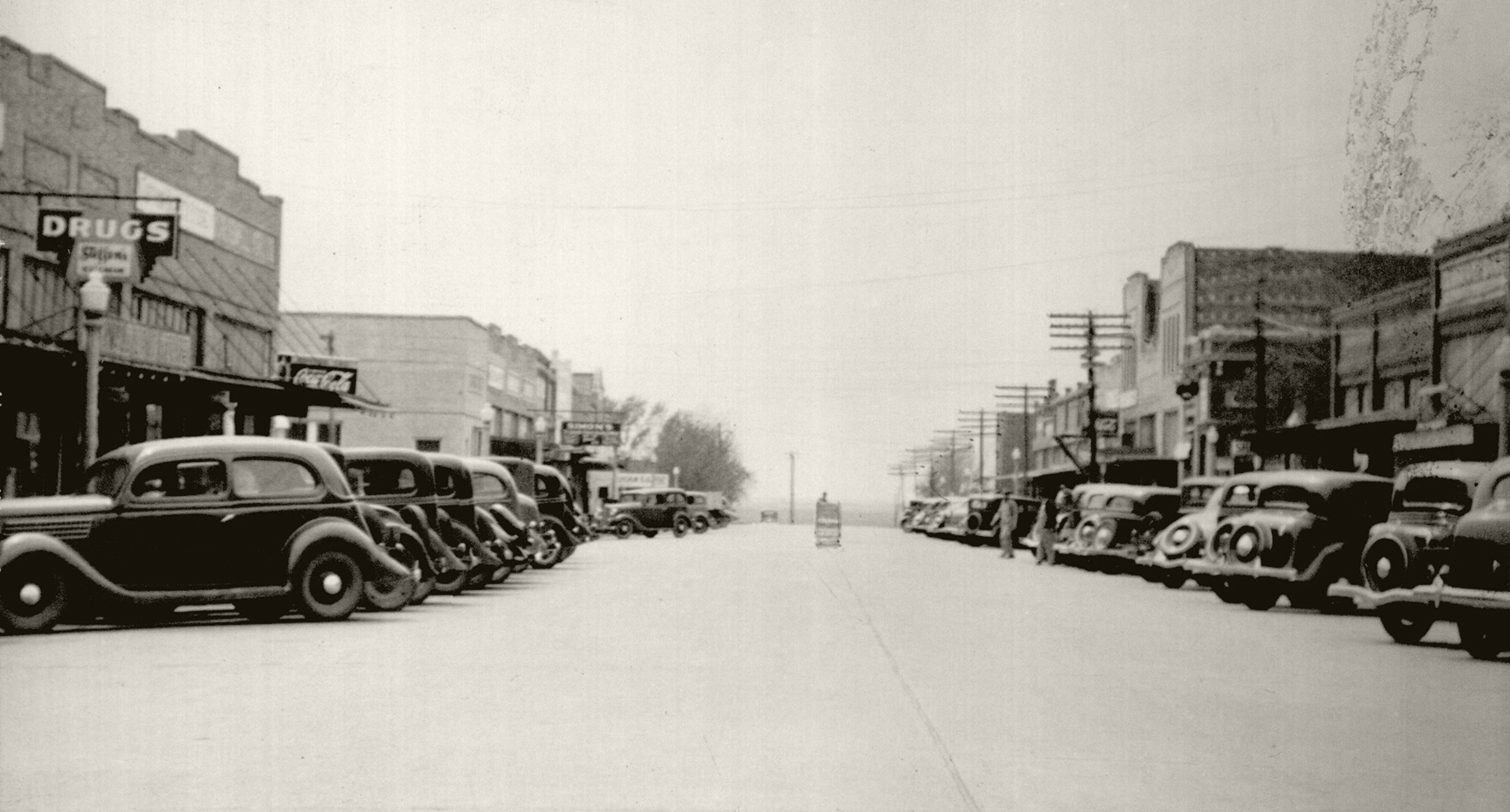 Located in Tillman County, Tipton is situated fourteen miles northwest of the county seat of Frederick at the junction of State Highways 5 and 5C. Originally named Farmersville, the town was briefly known as Stinson, named for W. A. Stinson, who later sold the townsite to capitalists from Elk City, Oklahoma. In 1909 the town moved in order to benefit from the nearby placement of the Wichita Falls and Northwestern Railway (acquired by the Missouri, Kansas and Texas Railway in 1911). In recognition of the projected advantage of the railroad, citizens proposed that the town be named for John J. Tipton, conductor of the first train to pass through the area. Tipton was platted on July 29, 1909, and a post office was opened on September 18, 1909. The population was 441 in 1910.

Because of the region's rich farmland, Tipton grew in population and became an agricultural service center. In 1920 the population was 727. In June 1924 Tipton Church of Christ members moved the operation of a children's home to Tipton from Canadian, Texas, where it had opened in 1921. Located on land donated by Sol and Maggie Tipton, the Tipton Home, originally called Tipton Orphans' Home, continued in operation at the turn of the twenty-first century. Tipton's population peaked at 1,470 in 1940. During World War II the federal government built a Nazi prisoner of war (POW) camp near the community. The population was 1,117 in 1960 and peaked at 1,475 in 1980. By 1990, partly due to changes in farming methods, population had declined to 1,043. At the turn of the twenty-first century residents numbered 916. Through the years the citizens have been served by various newspapers, in 1909 the Tipton Tips being the first, and the Tipton News Leader being the most recent.

The following (as per The Chicago Manual of Style, 17th edition) is the preferred citation for articles:
Donna Y. Smith, “Tipton,” The Encyclopedia of Oklahoma History and Culture, https://www.okhistory.org/publications/enc/entry.php?entry=TI006.