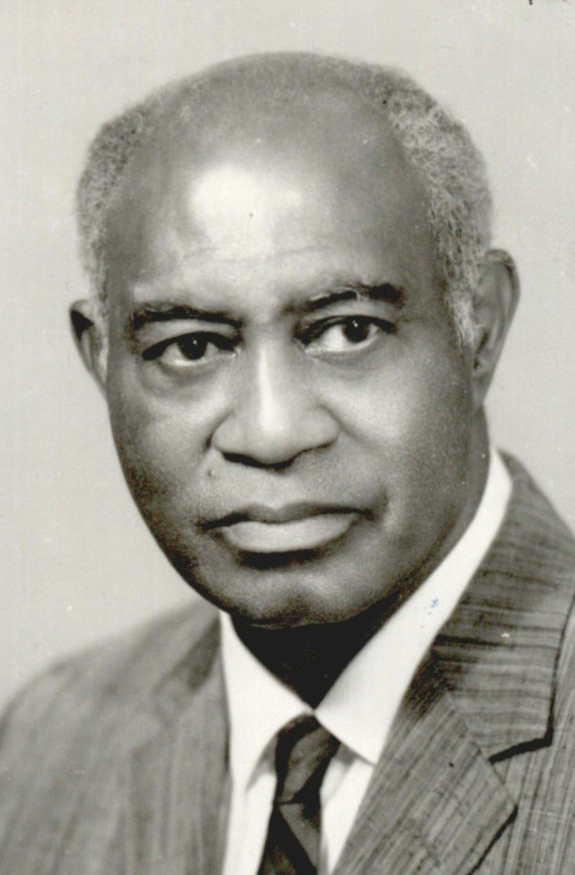 A poet, a professor, and an essayist, Melvin B. Tolson liked to tell people that he was born in Moberly, Missouri, in 1900 to Rev. Alonzo and Lera Ann Hurt Tolson. Nevertheless, convincing evidence has surfaced that 1898 was a more accurate date. What is clear, however, is that Tolson lived longer continuously in Oklahoma than anywhere else in his life, from 1947 until his death on August 26, 1966. After graduating with a bachelor's degree in 1923 from Lincoln College in Pennsylvania and teaching for nearly two decades at Wiley College in Texas, he taught English and drama at Langston University, in Langston, Oklahoma, from 1947 through 1964. He even served four terms as mayor of the town of Langston. He received a master's degree from Columbia University in 1940.

Tolson is one of the most important and distinguished of America's poets, having written three major, book-length works of poetry for which he is most famous: Rendezvous with America (1944), Libretto for the Republic of Liberia (1953), and Harlem Gallery (1965). In 1947 he was appointed Poet Laureate of the African nation of Liberia, for which he wrote his Libretto, and later garnered the poetry award from the American Academy of Arts and Letters in 1965. He is notable for being one of the first African American poets to adopt the Modernist style of fragmentation, allusion, and condensation akin to that of T. S. Eliot and Ezra Pound, though Tolson adamantly distanced himself from both of them because of their right-wing politics. Furthermore, he argued that such techniques have as much of an African heritage as they did European. In a journal he wrote tellingly that "poetry is the art of complicating," and his work seeks not only to complicate the views of a segregated America towards the black man but also to challenge the black man's version of himself. He wanted to open the so-called black experience to show its ineffable complexity; thus, his work has an epic and profound ethical bent. His papers are now housed in the Library of Congress.

The following (as per The Chicago Manual of Style, 17th edition) is the preferred citation for articles:
G. Matthew Jenkins, “Tolson, Melvin Beaunorus,” The Encyclopedia of Oklahoma History and Culture, https://www.okhistory.org/publications/enc/entry.php?entry=TO002.