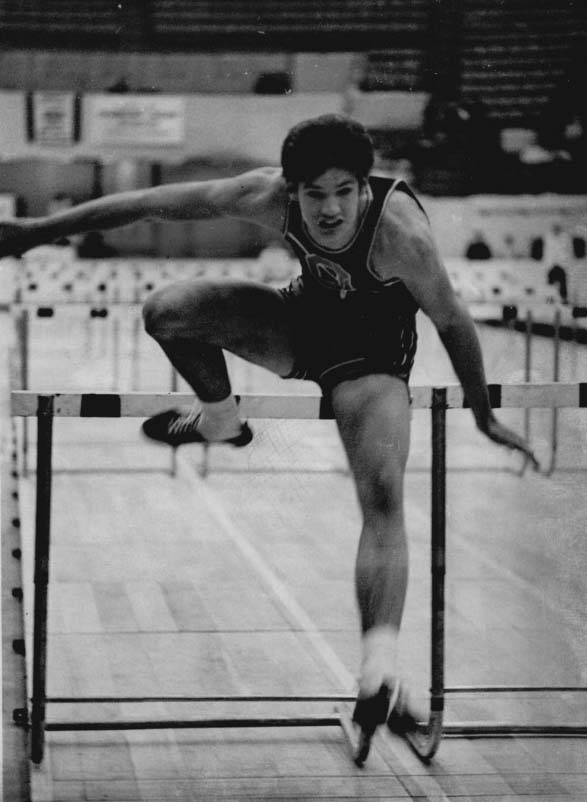 To this day, the ultimate measure of an athlete's success in the world of track and field boils down to a single proposition: What did you do in the Olympics? That yardstick takes Oklahoma's history in the sport back to a one-week period in July 1912. On July 7 Jim Thorpe won the Olympic pentathlon in Stockholm, Sweden, in the fifth games of the modern era. The next day he was fourth in the open high jump, and Ira Davenport, a product of Pond Creek, won the Olympic bronze medal in the 800-meter run. On July 15 Thorpe completed his three-day journey to the decathlon championship.

It was Davenport who had brought Oklahoma's attention to track and field for the first time in April 1908 when he won the state high school 100-yard dash title, competing for University Preparatory School (UPS) of Tonkawa and finishing in the unheard-of time of 9.8 seconds. Soon after that, he swept the 100-, 220-, and 440-yard races during the National High School meet at the University of Chicago. He enrolled at that university the next year and wore the Chicago Maroons colors in the Olympics. Davenport's 800-meter time at Stockholm easily bettered the world record, but he was nipped at the tape by a tenth of a second in a blanket one-two-three American finish.

The pentathlon and decathlon have been good events for Oklahomans. Everett Bradley (Cherokee) won the silver medal at Antwerp in 1924. In the decathlon Tom Churchill (Oklahoma City) placed fifth at Amsterdam in 1928 and Jeff Bennett (Vinita) fourth at Munich in 1972. J. D. Martin (Erick) won the Pan American Games title at Sao Paulo, Brazil, in 1963.

Oklahomans have also distinguished themselves over the years in the hurdles, pole vault, and relays. Three brought home Olympic gold as members of relay teams: Loren Murchison (Muskogee) in 1920 and 1924, J. W. Mashburn (Oklahoma City) in 1956, and Jason Rouser (Lawton) in 1996. Two Oklahomans have owned the world pole vault records: J. D. Martin, outdoors in the early 1960s, and Joe Dial (Marlow), indoors in 1986. Hurdlers Phil Cope (Oklahoma City) and Sam Allen (Bristow) once held world records during the 1930s, and Jim Bolding (Oklahoma City) was chosen athlete of the year, all sports, by the United States Olympic Committee in 1974. The last Oklahoman to gain a world track record in the twentieth century was William Snoddy (Tulsa), who lowered the 300-meter mark to 29.47 in 1987.

In collegiate circles Oklahoma State University won the 1953 National Collegiate Athletic Association (NCAA) cross-country championship in 1954. Girls' and women's track in Oklahoma began to upgrade after gaining its first foothold when the Oklahoma Secondary School Activities Association added the sport to its program in 1972. Among the top high school feats performed in Oklahoma were a 17 foot, 9 1/2-inch pole vault by Joe Dial in 1981 and a 219-foot javelin throw by Bob Peoples (Oklahoma City) in 1937. Peoples's mark stood as the national high school record for twenty-five years and Dial's for nineteen.

The following (as per The Chicago Manual of Style, 17th edition) is the preferred citation for articles:
Ray Soldan, “Track and Field,” The Encyclopedia of Oklahoma History and Culture, https://www.okhistory.org/publications/enc/entry.php?entry=TR001.